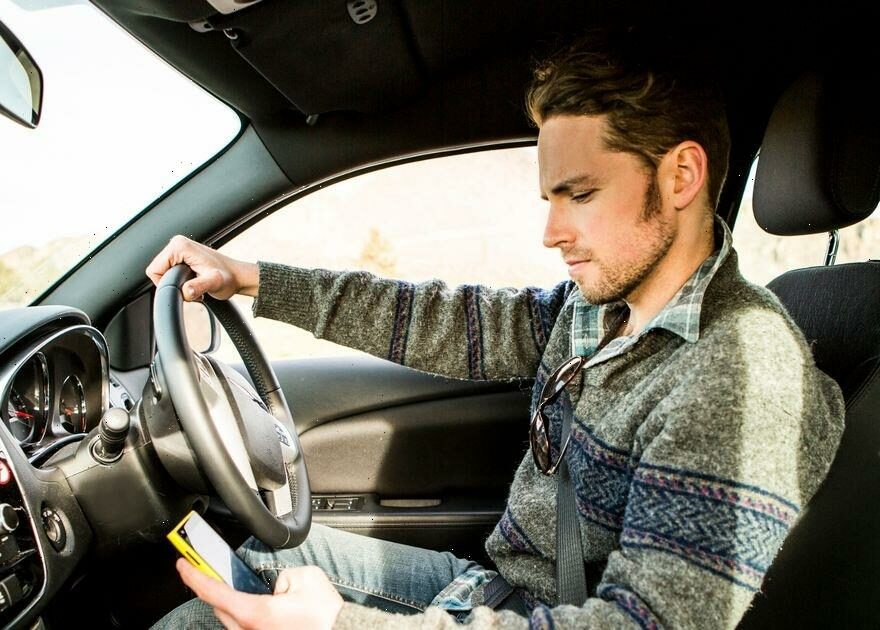 Drivers in the UK have been warned that they will be handed a £70 fine if they make a bad turn in the road.

The expensive new rule will come into action as councils have been given increased power to fine motorists meaning that the police won’t need to catch you in the act to land you with the fee.

And, the new £70 “moving traffic fine” is part of a huge shake up in road rules which came into play on January 1.

From the new year, a number of major rule updates will be applied to all British drivers – and you don’t want to get caught out.

Major changes include a crackdown on the use of phones while driving, increases to Vehicle Excise Duty and healthcare DVLA checks alongside the new £70 fine.

Messing up could land you with a hefty fine so it’s imperative that motorists are familiar with the new laws.

The Mirror rounded up some of the major changes coming into play in 2022. You can check them out below:

It was already illegal to text or make a phone call, other than in an emergency, while driving.

However, a new law introduced in 2022 will go further to ban drivers from using their phones to take photos or videos, scroll through playlists or play games.

This will mean anyone caught using their hand-held device behind the wheel will face a £200 fixed penalty notice and six points on their licence.

Drivers will still be able to continue using a device ‘hands-free’ while driving, such as a sat-nav, but this must be secured in a cradle.

It is understood that the loophole will be closed later this month and the government will revise The Highway Code to explain the new measures.

There will, however, be an exemption to the new law for drivers making a contactless payment using their mobile phone while stationary to ensure the law keeps pace with technology.

Drivers are set to be hit with widespread enforcement of £70 fines as councils are given more power against motorists.

The "moving traffic" offences local authorities will be able to punish drivers for include stopping in yellow box junctions and performing bad turns.

At the moment, most councils are only able to send out penalties for parking and driving in bus lanes.

The police are typically responsible for issuing "moving traffic" offence fines, apart from in London and Cardiff.

But the new powers will mean almost 300 councils in England will be able to apply for the right to issue these penalties as well.

RAC spokesman, Simon Williams, said: “We’re fearful that some authorities may be over enthusiastic in using their new powers for revenue-raising reasons.

“Drivers who blatantly ignore signage or highway rules should expect penalties but there are instances which are not always clear-cut.

VED, often called road tax, is rising in line with the retail prices index measure of inflation in April, although the government has not yet confirmed the new rates.

As before, the amount of tax you'll pay will likely depend on your new car's CO2 emissions. Those that emit zero grams per kilometre of CO2 are expected to continue paying zero, while petrol- and most diesel-powered drivers (including hybrids) that emit between 1g and 50g per kilometre will pay £10 for the first 12 months.

You can find out how much you're currently paying, here.

Other healthcare professionals to carry out DVLA checks

All drivers are legally required to meet the medical standards for fitness to drive and to help make these decisions, the DVLA often requires questionnaires to be completed by a driver's GP or consultant.

The government is considering changing the rules on who can conduct medical questionnaires – which is currently restricted to just doctors.

A consultation that ended on December 6 raised the proposal of allowing other healthcare professionals, such as nurses, to complete the questionnaires to ease the growing workload on doctors and help accelerate licence renewals.

Changes to the Highway Code hierarchy

A new 'hierarchy of road users' system has joined the Highway Code this year to protect the most vulnerable people, including cyclists.

Ultimately, it means those in larger vehicles will have to take extra caution to ensure they're not putting cyclists and pedestrians at risk. In the event of an accident, the driver of the larger vehicle is most likely to be held responsible.

The new hierarchy is as follows:

Parking on the pavement is already illegal in London but changes to the law are expected in 2022 that will give local councils across England and Wales the power to issue on-the-spot £70 fines to those who mount the kerb.

The government held a consultation on the matter in November 2020, with proposed blanket ban to prevent motorists blocking pavements for parents with pushchairs, those with limited mobility and anyone reliant on a seeing-eye dog.

The DfT's consultation proposed three options to reform the rules on pavement parking:

Red diesel and rebated biofuels will become illegal for most vehicles

This measure will mostly affect busine sses rather than individuals, and it restricts the lawful use of red diesel and rebated biofuels from April 1, 2022.

Red diesel is diesel used mainly off-road, such as for bulldozers and cranes, or to power drills for oil extraction.

The change is intended to promote the use of more sustainable fuels, as part of the UK's 2050 climate targets.

New builds in England to have compulsory built-in EV chargers

All new properties built in England from 2022, including housing and commercial buildings, will have to have an EV charging point installed.

Through the availability of more EV chargers, the government hopes to boost the uptake of electric vehicles ahead of the planned ban on the sale of new diesel and petrol cars in 2030.

New cars will be fitted with speed limiters from July 6, 2022 to improve road safety.

The Intelligent Speed Assistance (ISA) black boxes will use GPS to work out what the speed limit is and will then ensure the car doesn't break it.

ISAs will be mandatory for all new models given 'type approval' from 6 July. This means any new car brought to market from that date, rather than new cars already in production.