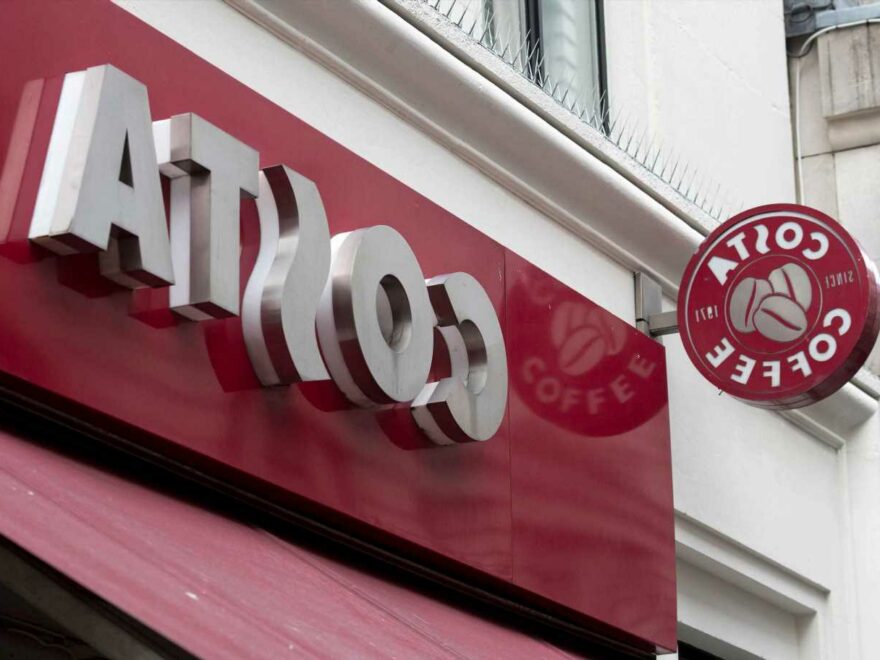 COSTA Coffee is to close its shops to customers on the day of Queen Elizabeth II's funeral.

The high street chain, which has more than 2,000 outlets in the UK, is to close the majority of its stores on Monday, September 19.

A small number of branches, for example those in hospitals, will remain open.

Costa said all of its Express machines, which are found in locations such as motorway services, will remain open.

Costa Coffee is usually open from 7am to 7.30pm everyday.

The Queen's state funeral has been declared a bank holiday and several major retailers have also decided to shut up shop next week, out of respect.

Eight major supermarkets to close for Queen’s funeral next Monday

The longest-reigning British monarch died on Thursday at the age of 96.

B&Q, Poundland and Primark have also confirmed that all their stores will close on Monday.

Zara is also set to close its 60 stores on Monday as a mark of respect.

Sainsbury’s, Morrisons, Aldi, Waitrose, Lidl, Asda, Iceland and Tesco are to close the doors of their larger stores on the day Queen Elizabeth II will be laid to rest.

For a full list of shops that are shutting, read our guide.

As a mark of respect, Iceland has also decided to close all of its stores.

Co-op is also set to close all of its of its stores until 5pm on September 19.

John Lewis and Waitrose, as well as Marks and Spencer, are closing their shops as a mark of respect.

But some of their smaller convenience stores will remain open.

John Lewis Partnership is keeping a handful of food shops open along the funeral route but is shutting all of its 34 department stores and its remaining 321 Waitrose stores for the day. Waitrose holds a Royal Warrant.

A spokesman for The British Retail Consortium said: “Retailers are taking their lead from Government and are choosing to mark the Queen's passing in ways they deem appropriate for their staff and customers.”

Another industry source said that retailers were trying to navigate all the pros and cons of the different options.

Scottish Power customers to get £400 rebate direct into bank accounts

The government has advised: "Some businesses may wish to consider closing or postponing events, especially on the day of the State Funeral, however, this is at the discretion of individual businesses."

At midday there will be two minutes of silence across the nation and the London Stock Exchange will close, meaning no UK shares will be traded.