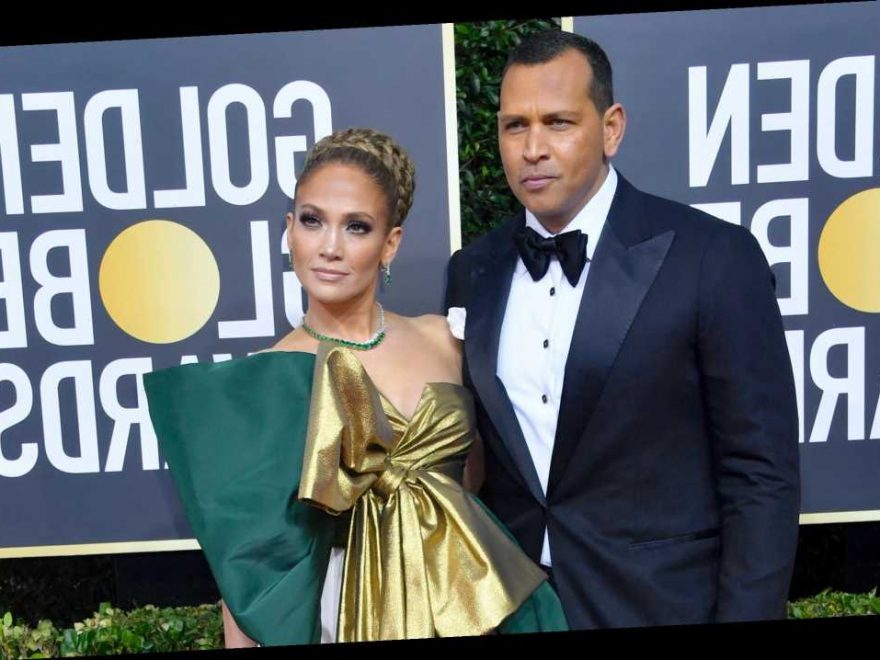 Stellan Skarsgård has a 'very relaxed relationship with my genitals'

Since A-Rod’s the only human with “Call Waiting” on his busy zipper, a voice from On High whispered to Miss Lopez: “Thou hast had enough already with him.”

Star hookups follow a pattern: Meet. Date. Hide. Deny. Then photos with hugs closer than Biden and his earpiece. Then the children play together. Then Dating talk. Engagement talk. Live together talk. Marriage talk. But with these two that became B.S. It was, go slow … she’s working … time’s not right … pandemic.

One staffer gift-wrapped this lady as “not nice.” I myself have actually experienced that. Lopez wants only Lopez. Wants only her picture or talk about her in a paper each day. Forget the dirty word retouching. But she, too, is no slouch on a couch. Puff Daddy, Ben Affleck, Drake, A-Rod, multiple husbands. And another Boy Scout is already being prepared.

Listen, birds do it, bees do it, even educated these do it. She made money. He made honey. But even a Swiss watch stops. Just remember, once upon a time long, long ago, Madam Adams told you all this.

Just a bit Kerry’d away

Another story. Sunday’s Post quoted a writer stating Andrew Cuomo’s ex-wife, Kerry Kennedy, was so “ridiculed, belittled, bullied” by him that she “slept in a locked bathroom.”

Years ago Gov. Mario Cuomo and wife Matilda invited me to their table to hear son Andrew speak at some function. Small table. Just we three at the rear of a ballroom. Introducing wife Kerry, Andrew stepped sideways to give her the mike. She spoke of herself, her activities, her family, her aims, her plans, abilities, for over 20!!! minutes. She never stopped while the evening’s star stood — unattended, excluded, alone, never butting in — for 20 painful minutes.

Neither Mario nor Matilda met my gaze. Nor spoke. Their faces, rigid. Staring straight ahead. Frozen in anger. Not knowing what to do, where to look, I canceled their following dinner and left.

I ask now — this is how harmed and bullied she was? Cringing in the john? Let nobody say I don’t know what I’m talking about. I still have my column reporting it.

My nice NYC evening: I’m leaving a restaurant. But no car. Driving my housekeeper home it broke down on the Brooklyn Bridge. It’s dark, a questionable area, she’s agitated, huddled in a busted vehicle, no dinner and it’s late.

I get a taxi. I’m carrying takeout. The contents are hot. The wet bag shredded. The containers spill. I’m swiping gravy from the seat, floor, clothes and my friend. In the melee, I lose a gold earring. The soaked remains — damp salad, wet pasta, warm stracciatella soup — flood my kitchen floor, and me. Phone’s ringing. Dog’s barking. To hear she’s safe, I run to answer. And I slide on wet bread.

I crawl to the ringing phone. It’s a friend telling me where she is: “In case.” In case of what? In her car, in the middle of the LIE, her car just stopped dead en route to Southampton. Completely dead. In the middle of busy weekend traffic. Carrying groceries, a dog. She’s in panic mode. Why she called me, who knows. But police cars came. Tow cars came. It ended OK. She’s safe. Just a nice weekend night.