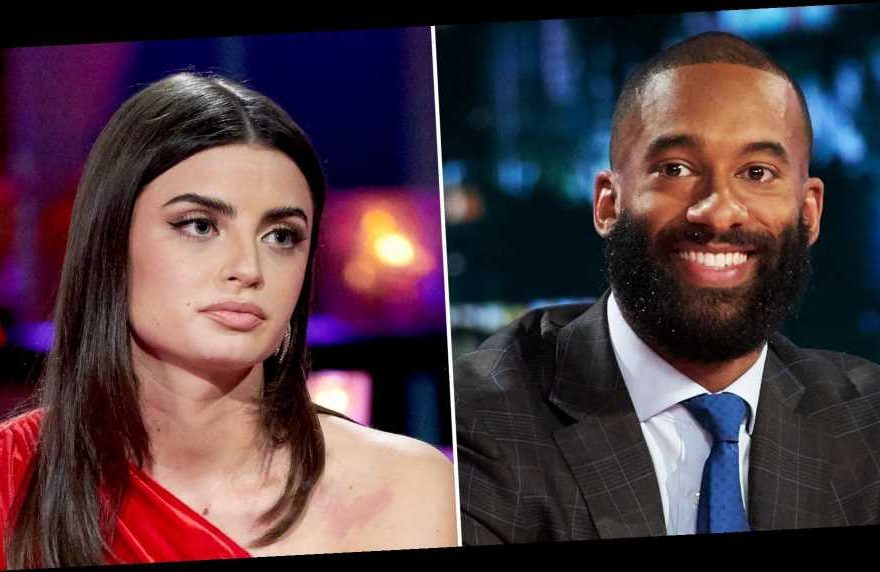 It’s over for Matt James and Rachael Kirkconnell. The season 25 Bachelor revealed during the After the Final Rose special on Monday, March 15, that they called it quits after production wrapped in November 2020.

“Before Rachael addressed anything or Chris Harrison spoke on anything, I’m trying to be there for her, and I dismissed them as rumors, because that’s what they were to me. You hear things that are heartbreaking … and you just pray they’re not true. And then, when you find out that they are, it just makes you question everything” Matt, 29, told host Emmanuel Acho.

Fans watched Matt, the first Black Bachelor, pick Rachael over runner-up Michelle Young during Monday’s two-hour finale. Their decision to split came after the Georgia native came under fire for her past racially insensitive actions, including attending an “Old South”-themed party on a planation in 2018.

“We’re not [together],” Matt continued. “It’s heartbreaking. If you don’t understand that something like that is problematic in 2018, there’s a lot of me that you won’t understand. It’s as simple as that. … You know what was a long time ago? Plantations.”

Rachael initially apologized for her actions last month after Chris Harrison defended her during a controversial interview with Rachel Lindsay on Extra. (The host, who also apologized, subsequently stepped back from the franchise to allow Acho to lead After the Final Rose amid the scandal.)

“While there have been rumors circulating, there have also been truths that have come to light that I need to address. I hear you, and I’m here to say I was wrong,” she wrote on February 11 via Instagram. “At one point, I didn’t recognize how offensive and racist my actions were, but that doesn’t excuse them. My age or when it happened does not excuse anything. They are not acceptable or OK in any sense. I was ignorant, but my ignorance was racist.”

Matt, for his part, broke his silence on February 22, noting that the “past few weeks” had been “some of the most challenging” of his life.

“It is important that I take the time to address the troubling information that has come to light since we wrapped filming, including the incredibly disappointing photos of Rachael Kirkconnell and the interview between Rachel Lindsay and Chris Harrison,” the Wake Forest alum wrote via Instagram. “It has been devastating and heartbreaking to put it bluntly. Chris’ failure to receive and understand the emotional labor that my friend Rachel Lindsay was taking on by graciously and patiently explaining the racist history of the Antebellum South, a painful history that every American should understand intimately, was troubling and painful to watch.”

Rachael Kirkconnell: A Guide to the Controversial Contestant’s Family

Prior to their split, Matt gushed to Us Weekly about Rachael, who was the first contestant he said he was falling in love with on the show.

“Night one, what she chose to use her time with me to speak about was very intentional. And it wasn’t something that wasn’t going to progress our relationship,” he said on Us’ “Here for the Right Reasons” podcast in February. “And then when I saw on the first group date, and I’m referring to all these instances that aren’t one-on-ones, because that was how our relationship was lived out, you know, I hadn’t had that one-on-one time with her yet. And when I had that day to spend with her and really get to know her better, it just affirmed everything I had already felt.”