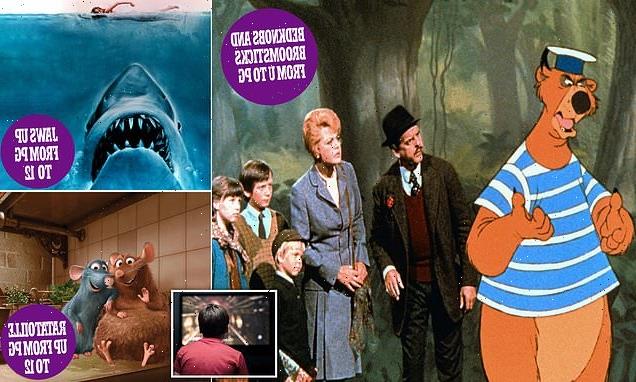 How absurd for film censors to crack down on Bednobs & Broomsticks… while the sewer of social media pollutes children’s minds, writes CHRISTOPHER HART

Over the past few years, Britain’s film censors have been busy re-classifying some of the best-loved family films of all time. Not for the first time, their judgment has been seriously called into question.

Rather than loosening the apron strings, as you might expect, the British Board of Film Classification has been tightening them. And, more often than not, their decisions seem to have been made for the sake of ostentatious wokery than anything else.

A rock-solid family favourite such as The Empire Strikes Back has been upgraded from a U to a PG, while Jaws has been pushed up from PG to a 12, meaning it is suitable only for children aged 12 and over. 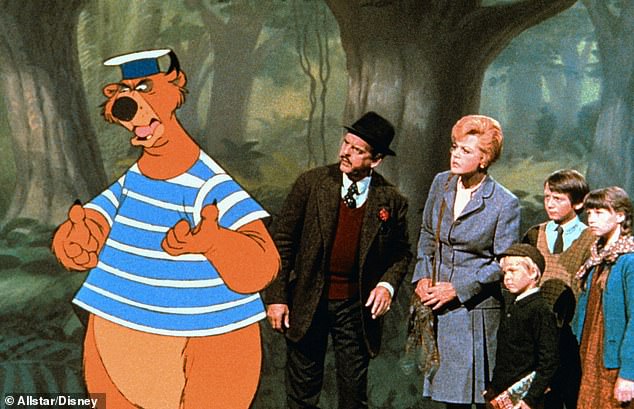 Having once been a cosy and child-friendly U certificate, Bedknobs and Broomsticks has been bumped up to a PG 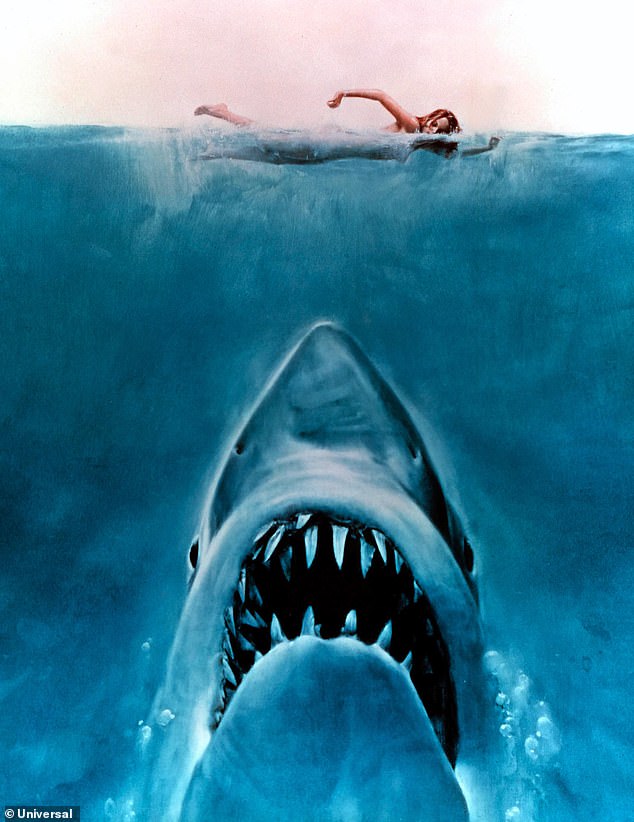 Jaws has been pushed up from PG to a 12, meaning it is suitable only for children aged 12 and over 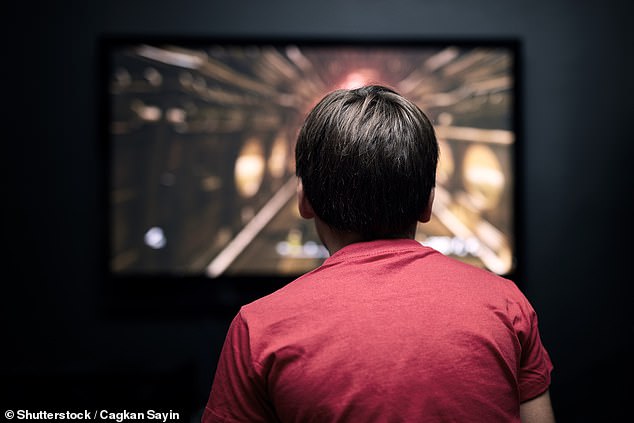 Why the sudden change? Apparently it’s to signal that the movie contains violence. Although, you would have thought the well-known fact it’s about a killer shark might have alerted some viewers to this already.

Other victims of the BBFC’s new censoriousness include Raiders Of The Lost Ark, The Lord Of The Rings: The Fellowship Of The Ring, and Ghostbusters — yes, Ghostbusters!

All of these films are now considered more ‘problematic,’ as progressives like to say, than they used to be.

These are decisions that have you glancing at the calendar: it’s Christmas, isn’t it? Not April Fool’s Day?

The reason Ghostbusters has attracted their concern is because of a ‘ghostly sex scene’ — the blissfully absurd clinch between a demonically possessed Sigourney Weaver and nerdy little Rick Moranis. I just watched the scene again, and it’s still an absolute hoot nearly 40 years on.

Because of it, the film has been raised from the old PG rating to a 12. How utterly baffling that the panjandrums of the BBFC should think such an enjoyably daft movie could trouble a child of 11. But apparently they do. 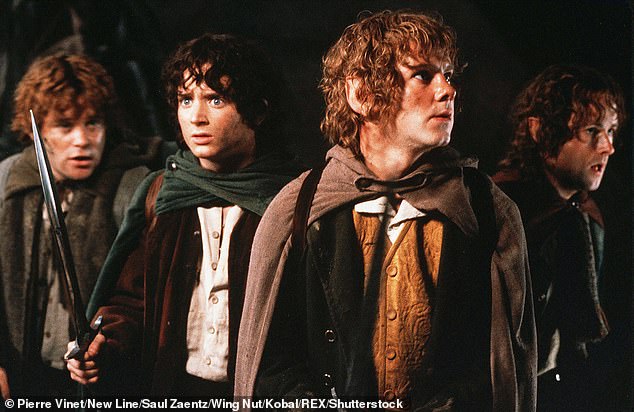 Lord of the Rings: The Fellowship of the Ring, has also been made a 12A due to ‘regular scenes of fantasy battle involving stabbing, slashing and arrow impacts’ 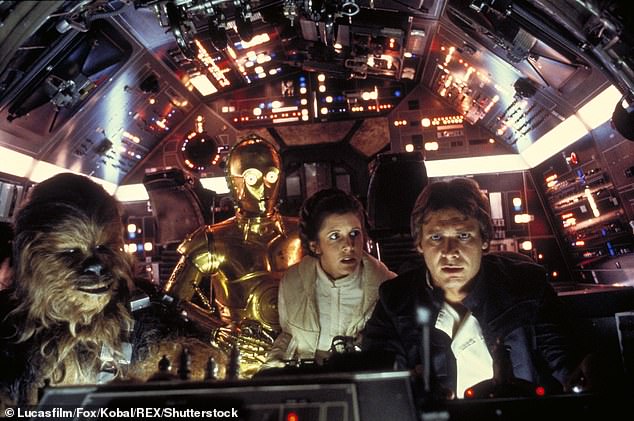 The Empire Strikes Back, from 1980, previously had a U rating – suitable for all aged four and over

Another bonkers decision is to target that age-old family favourite Bedknobs And Broomsticks. Having once been a cosy and child-friendly U certificate, it has been bumped up to a PG because of the exhilarating moment when the little boy shouts ‘Not bloody likely!’ at a Nazi soldier.

Why on earth is the BBFC digging so far back into the past? Bedknobs And Broomsticks was made in 1971. Of course some attitudes have changed since then. But going after the offence of shouting rudely at a Nazi seems a strange battle to pick.

If nothing else, this all goes to show how terrifyingly disconnected from the real world the media Establishment is. To fret over the classification of Bedknobs And Broomsticks, while most children are faced with the open sewer of the internet polluting their minds, seems perverse.

Many corners of the internet are a toxic wasteland where young minds are exploited and poisoned.

Drill music is implicated again and again in the real-life shootings and stabbings of teenagers that have become an almost daily occurrence on the streets of modern Britain. Relentlessly repetitive hymns to ‘shanking’ (stabbing) and ‘shooting’ are freely available on YouTube, with no age verification required.

The list goes on and on. Far-Right groups. Jihadist recruiting platforms. Self-harm sites. All of them influential and highly dangerous. All of them too easily accessible.

Yet the BBFC is obsessed with ploughing through old films to see if there’s anything that might be deemed offensive to today’s socially concerned warriors.

It’s true the classification board doesn’t have any jurisdiction over the internet — nor indeed does anyone else, it appears.

Where social media is concerned, we live in an anarchic post-censorship environment, where no one seems to know how to negotiate between the horrors of the net and the abiding principles of free speech. Perhaps that’s why the board has chosen to slap new grades on old films. At least they look like they’re doing something. 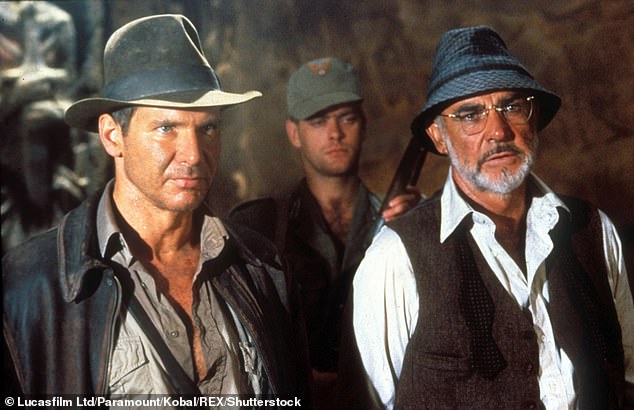 Raiders of the Lost Ark, from 1981, was PG for its video issue but last year’s cinema re-release saw it rated 12A

They justify this exercise by saying it’s to ‘keep in step with the direction in which society is moving’. But isn’t that the wrong way of looking at it? What if society is moving in the wrong direction, as it clearly is with regard to pornography? Shouldn’t the censors of the BBFC be keeping out of step, going against the flow?

The trouble is that this kow-towing to modern-day mores appears to be the point of their work: they are engaged in reclassifying old films in the light of current values.

It is just like institutions such as the National Trust parading the slightest connection to slavery of any of their properties, in order to ensure no one is offended. They seem more interested in flaunting their modern credentials than trying to protect anyone from the genuinely horrible and disturbing.

To be fair, occasionally a BBFC re-classification does make good sense. When it first appeared, D. W. Griffith’s epic 1915 movie, The Birth Of A Nation, was given a U certificate. It has steadily moved up the rankings to today’s 15 certificate for understandable reasons: it is both a masterpiece of the silent screen, as well as a terrible apologia for the Ku Klux Klan and a dreadful depiction of African-Americans.

The British Film Institute describes it bluntly as a ‘racist epic, a divisive landmark of early cinema’. No wonder it’s not likely to be seen on mainstream screens any time soon, although at least it hasn’t been banned — and nor should it be.

Yet to think that a film such as Ghostbusters should seriously be reclassified in the same manner as Birth Of A Nation shows just how out of touch the BBFC has become.

More concerned with showing their own exquisite correctness of thought than much else, they have also upgraded Flash Gordon, the silly 1980 sci-fi film, to a 12A, due to ‘discriminatory stereotypes’. 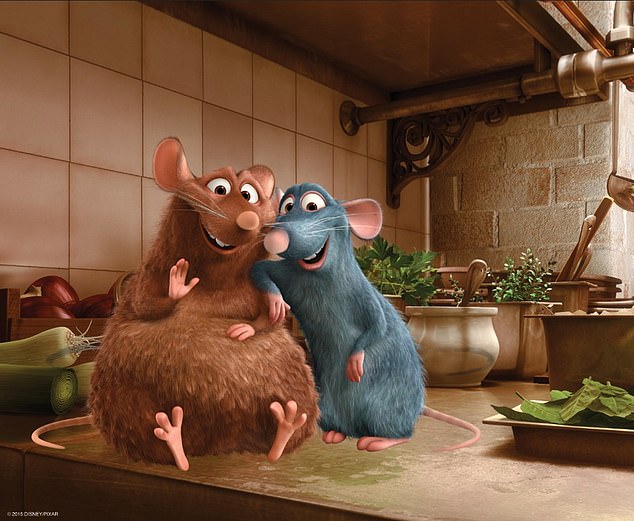 Ratatouille on Amazon has a U certificate but according to the BBFC it’s now a PG, due to ‘comic violence and mild bad language’

Yes, they mean Ming the Merciless, the film’s baddie of East Asian appearance. The logic is bewildering. Can one no longer have East Asian villains? What are the rules? One doubts that there are any sane rules on such matters — if there were, we wouldn’t be facing such daft decisions.

The efforts of the BBFC seem just as outdated as their judgments, since the whole business of classification is mired in confusion and contradiction.

Take Ratatouille, an animated film about a cheeky Parisian rat. Stream it from Amazon and you’re told it’s a U certificate; but according to the BBFC it’s now a PG, due to ‘comic violence and mild bad language’. But if ‘comic violence’ is a problem, every single Tom And Jerry film ever made should be upgraded to a PG as well.

The self-appointed guardians of our cultural safety should either be bang up-to-date and doing a brilliant job, or not doing it at all.

What we have at the moment is a farrago of mixed messages and the usual lofty elite handing down pronouncements, telling the rest of us what we should and shouldn’t watch — and think — while doing nothing to stop filth and violence being seen daily by our young.