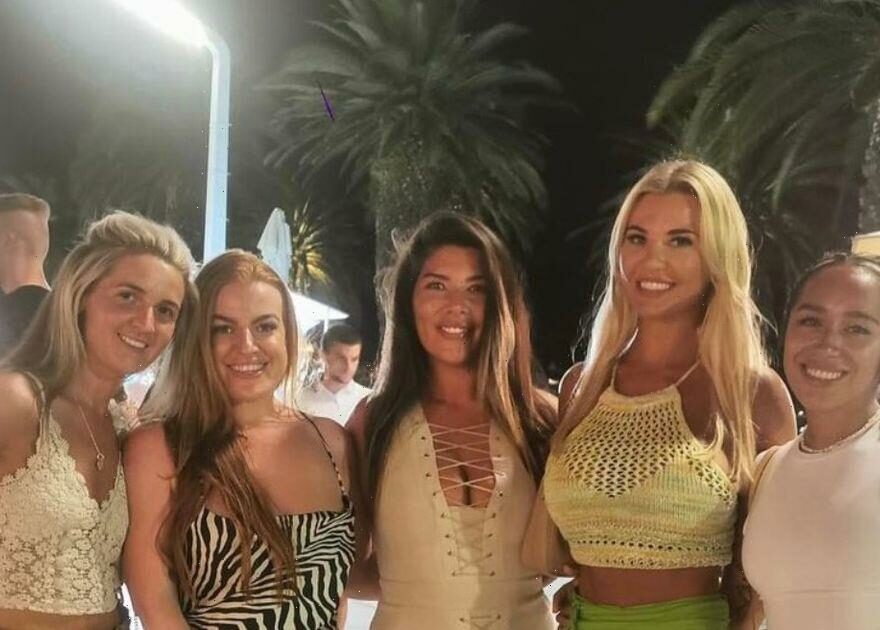 After weeks of speculation and rumours abound, Christine McGuinness and her BFF Chelcee Grimes appeared to finally go public with their romance this weekend, after they were spotted sharing a sweet kiss at Winter Wonderland, in central London.

The pair are said to have struck up a firm friendship after competing together in ITV’s The Games earlier this year, with the duo growing particularly close following Christine’s split from her husband of 15 years, Paddy McGuinness in July.

While appearing on the show, 10 celebrities turned their hand to a number of different Olympic sports including the 100m hurdles and even weightlifting, with Grammy-nominated songwriter Chelcee soon walking away with the top spot in the competition.

Even long after the show had finished, the pair continued to spend plenty of time together, with Christine and Chelcee even enjoying a number of sun soaked getaways throughout the Summer as they escaped the day to day grind of regular life.

In September, Chelcee joined Christine on a luxury mini-break to Santorini, with the pair sharing a handful of bikini clad snaps from their travels on Instagram.

The duo also enjoyed luxury mini breaks to Croatia and Greece during the Summer months.

It isn’t all balmy beach getaways however, as the duo are also said to enjoy spending time at each others homes whenever their schedules allow, with Chelcee frequently making trips to the plus pad, Christine shares with ex Paddy.

Taking to Instagram to document their friendship, in a recent post from Winter Wonderland, Chelcee could be heard laughing in the background of one of Christine’s videos, as Christine tried in vain to win a Pokemon toy in one of the addictive carnival style games.

It was later during the trip that the pair were seen embracing and sharing a romantic kiss during the brief trip to London before heading back off into the fun of the fair-style atmosphere.

Wrapped up warm for the chilly temperatures, Chelcee and Christine were pictured playing a host of games on stalls, with the pair even managing to bag themselves two large soft toys for their trouble.

As the day wound down to a close, the pair shared a quiet drink together, before leaning in for a kiss that was caught on camera, much to the delight of fans at home.

Shortly after sharing the festive smooch with the mum-of-three, Chelcee took to social media to post a video of actress Zendaya waxing lyrical about 'good people'.

In the short clip, the Spiderman actress could be heard saying: "Some people are just good people and you can just feel it. And I don't know how to explain that, but there's this little spark they have or this little special thing that they have that just you feel safe and happy around them.

"I don't know what that is, but some people have it, and it's special."