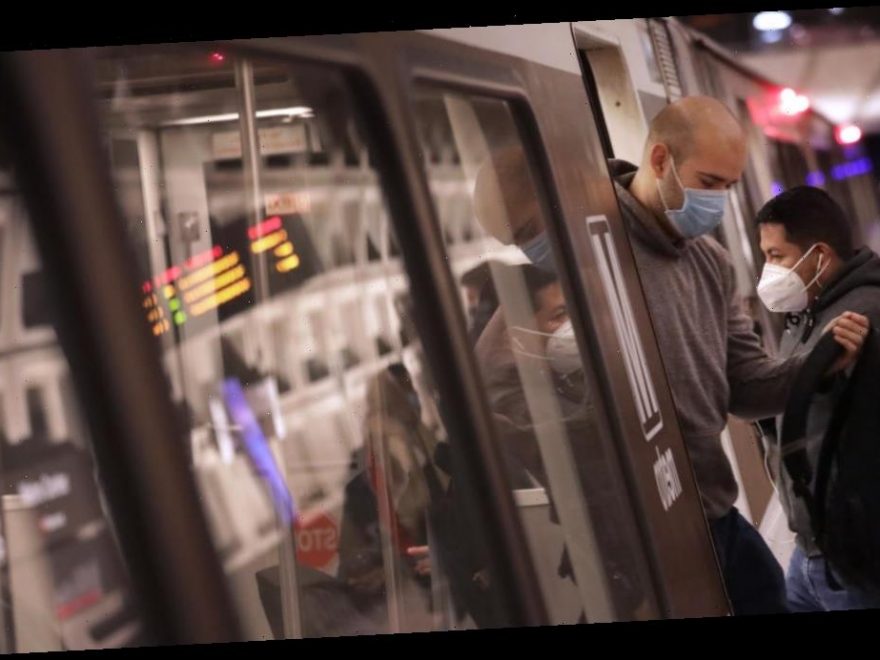 The Centers for Disease Control and Prevention issued an order late Friday requiring travelers in the United States to wear face masks at transportation hubs, and on planes and all forms of public transportation. The order goes into effect late Monday, one minute before midnight.

“People must wear masks that completely cover both the mouth and nose while awaiting, boarding, disembarking, or traveling on airplanes, ships, ferries, trains, subways, buses, taxis, and ride-shares as they are traveling into, within, or out of the United States and U.S. territories,” the CDC says.

Masks are also required at airports, bus and ferry terminals, seaports, and train and subway stations, according to the federal agency.

There are some exceptions. Children under 2 are not required to wear masks, nor are people who cannot safely wear a mask due to a disability. Also: Face masks can be taken off while eating, drinking or taking medication. A mask is also not required when communicating with a person who is hearing impaired and needs to see a person’s mouth to communicate.

The CDC says it reserves the right to enforce the order through criminal penalties but “does not intend” to primarily rely on them. Instead, it “encourages and anticipates widespread voluntary compliance as well as support from other federal agencies in implementing additional civil measures enforcing the provisions” of its order, “to the extent permitted by law and consistent with” an executive order President Joe Biden signed last Thursday.

Mr. Biden’s executive order specified travelers must wear masks in airports and on commercial planes, trains, public boats and inter-city buses — as part of the White House’s effort to fight the spread of COVID-19. It orders the heads of executive departments and agencies to “immediately take action” to require masks be worn in keeping with CDC guidelines — as allowed by law, and as “appropriate.”

All U.S. airlines have already established their own mandatory mask requirements for passengers, and banned more than 2,700 passengers for violations of mask policies and other disruptive behavior since May. Mr. Biden’s executive order, however, was met with praise from an organization representing flight attendants, who have complained of the difficulty in ensuring passengers wear face masks.

The executive order “will provide much needed back up for flight attendants and aviation workers on the frontlines,” said Sara Nelson, president of Association of Flight Attendants-CWA, which represents flight attendants at 17 airlines. “Masks are vitally important to the health of everyone onboard and an especially necessary safety measure in our workspace where proper social distancing is not an option.”

More than 25.9 million COVID-19 cases have been reported across the United States since the start of the pandemic last year, and 436,000 people nationwide have died due to the virus, according to a tally from Johns Hopkins University.

The country is now facing a new challenge: new variants of the virus. Researchers believe variants from the United Kingdom, South Africa and Brazil may spread more easily that the original strain.

“We will continue to see the evolution of mutants,” Dr. Anthony Fauci, the nation’s leading infectious diseases expert, said Friday at a coronavirus briefing.