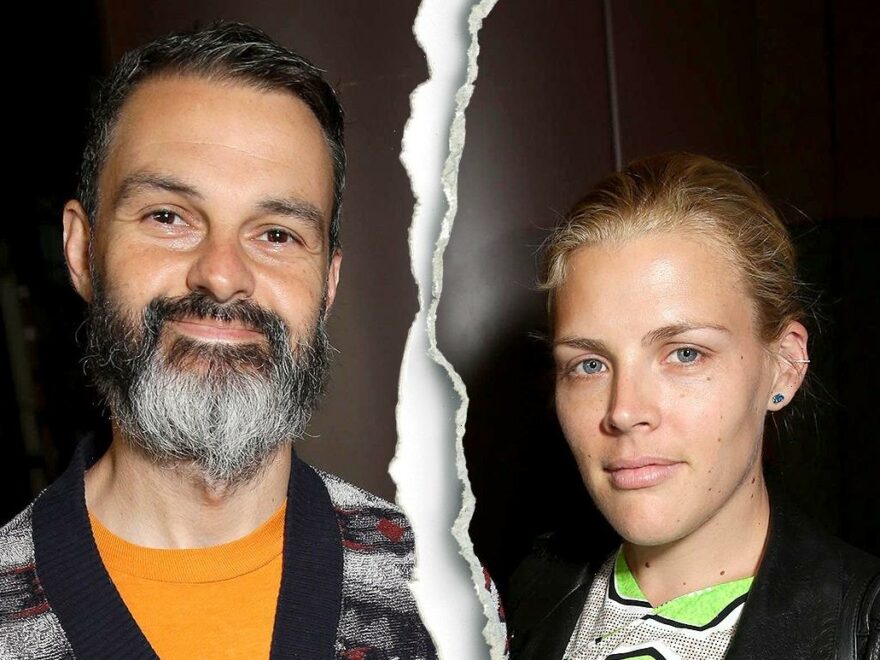 Going their separate ways. Busy Philipps and Marc Silverstein have split after more than a decade of marriage.

“It’s been a really long time that Marc and I have been separated, and our kids know, our families know, our friends know,” the 42-year-old actress revealed during the Friday, May 27, episode of her “Busy Philipps Is Doing Her Best” podcast.

Celebrity Splits of 2022: Stars Who Broke Up This Year

She noted that they first separated in February 2021 and have been deciding how to publicly share the news.

“Marc and I talked about it, and when we first separated, we couldn’t even think about putting one of those statements out — it made us sick, both of us, truly ill,” Philipps explained. “It’s a journey.”

The Dawson’s Creek alum added: “The surest way that Marc and I have been able to ensure the privacy of our kids that we love so f—ing much was by not involving the public.”

Philipps, who shares children Birdie, 13, and Cricket, 8, with Silverstein, 50, concluded, “Well we love each other — very much! And we have these beautiful kids together. And there are a lot of things that really work about our relationship.”

Before calling it quits, the Cougar Town alum, who wed the director in June 2007, spoke exclusively to Us Weekly about how the coronavirus pandemic had affected the pair’s relationship.

“It’s the worst. I mean, I obviously couldn’t do it without him, but ugh,” Philipps said in May 2020, noting that quarantining under one roof was a pressure cooker. “Listen, it’s been a process — like everything — but we have been making a point to make sure … that the other one gets time to themselves.”

The actress explained that the Never Been Kissed screenwriter’s alone time meant “sitting outside by himself in the middle of the day” during which she would not text him or bother him with questions like, “Where the spatula is that he was the last one to use?”

Her escapes entailed evening moments or time to herself in the afternoon. “I go up onto my balcony. I call it balcony time,” she added.

By the end of the year, the I Feel Pretty actress told Us that going back to work helped some of the tension that emerged in her relationship throughout the lockdown.

“Having that time out of the house and being out, doing the thing that I really like to do, has been important for me. I think once Marc and I sort of figured out how to each take our own time for ourselves or breaks, things got a lot easier,” she exclusively told Us in December 2020. “We just had to prioritize. You have to prioritize yourself a little bit, then you have to be open to the fact that maybe you need to be generous to your significant other and ask them if they need to prioritize themselves.”

The former Busy Tonight host has been vocal about her marital ups and downs in the past, revealing in October 2019 that she almost left the filmmaker.

“I was fully out the door,” Philipps told Harper’s Bazaar at the time, explaining that their responsibilities in raising their children were not even. “I wasn’t expecting anything from him, but what we ended up doing was creating our own system.”

The Splitsville producer told the outlet that he initially shied away from the tougher aspects of parenting because he likes “being good at stuff.” With the kids, he “didn’t feel like [he] was good [in the home].”

Philipps approached Silverstein with the possibility of divorce, which led to him changing how their household worked. “I realized that deep happiness comes from my family and once I figured out what I could bring to the table, things changed,” he said.

The Freaks and Geeks alum addressed the couple’s rocky road in her 2018 memoir, This Will Only Hurt a Little, admitting she asked Silverstein for a divorce in 2016 after she felt ignored by him. The couple opted not to separate at the time and instead went to therapy, both separately and with her husband.