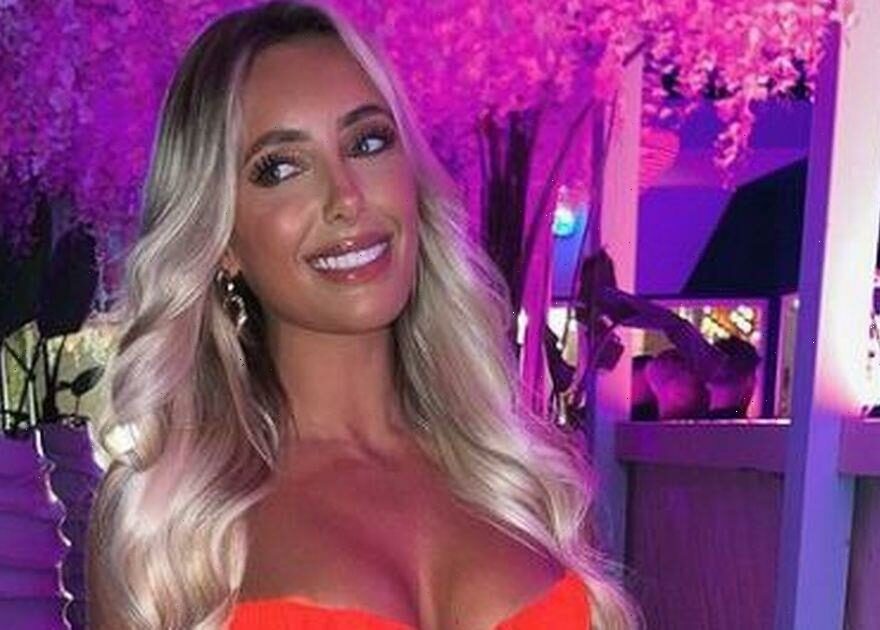 These have become even more intensified after the TOWIE stars deleted snaps of each other on their Instagram accounts.

However, it hasn’t all been doom and gloom for Amber, 29, who used the last days of summer to treat herself to a trip to Ibiza where she showed off her incredible gym honed physique – where she was joined by Dan.

Ahead of jetting off, Amber took the opportunity to thank her fans for their love: “Just a little thankyou to everyone who messaged me over the past few days!

"We’re so lucky to have huge amounts of support on here & I love you all. Also smiling because im back on my fave island tomo.”

The blonde beauty was joined by Dan, 32, for part of the trip as she posted a picture with him to her grid while they enjoyed a boat ride.

Accompanied by her white Dior tote bag, Amber enjoyed all that Ibiza had to offer as she soaked up the sunshine in various locations on the island before enjoying some nightlife.

Amber showed off her toned figure in a series of two piece outfits, leaving one fan asking: “How do you still have abs knee deep into an Ibiza trip.”

She partied at the famous O Beach and Hï Ibiza as she told fans she’s “not made to live in the UK”.

While Amber posted just the sole picture with Dan, she was inundated with fans telling her just how great they thought she looked.

Another commented on an all black outfit she wore: “Beauty in blackkkk”.

When Amber said she’s “here for the view”, her loyal fans told her she “was the view”.

However, the split rumours have been doing the rounds now and in recent weeks on TOWIE, thecouple have been at the centre of plenty of drama.

Drama occurred when Amber and Ella Rae Wise got into an explosive argument over allegations Dan "touched Ella Rae inappropriately" on a night out in dramatic scenes in TOWIE.

“I think she’s just obsessed with me,” Amber said in fiery scenes on the show. “You’ve been talking about me left, right and centre. Constantly… Are you like obsessed? Do you want to take a little picture of me and you together?

Ella Rae then finds herself branded a “liar”, before she turns to Dan, to say: "I don't need to lie about what you done that night," as he replies: "You do go round s******g people's boyfriends though don't ya?"