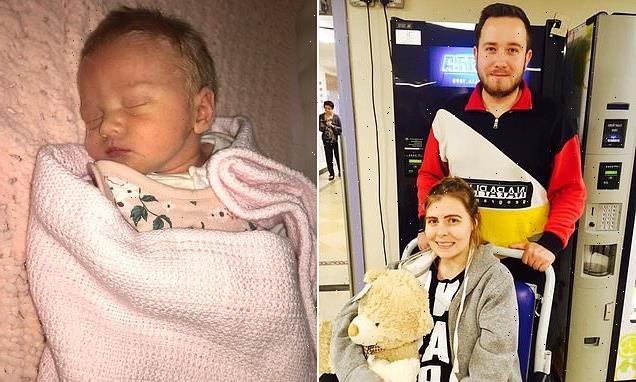 A mother-of-one who thought having children would be impossible after a horrific crash has given birth to a miracle baby just before Christmas.

Charlotte McCarthy, from Baxenden, was hit by a truck along with her parents and partner, Jak Metcalfe, in 2018 LancsLive reports, which left the whole family with life-threatening injuries.

The couple had to spend their Christmas in hospital recovering from their trauma, Jak was only given a 50 per cent chance of survival while Charlotte was told that a single millimetre was the difference between life and death on an arterial injury she sustained.

The group was on a family outing celebrating Charlotte’s graduation when a truck collided with their car. 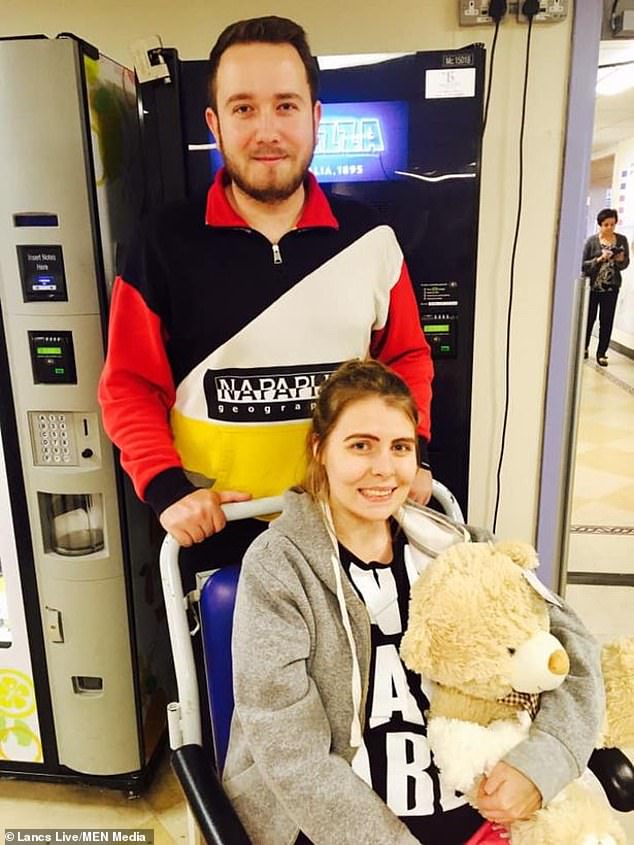 Charlotte McCarthy, from Haslingden, leaving hospital with her fiance Jak after a crash on the notorious accident blackspot Grane Road 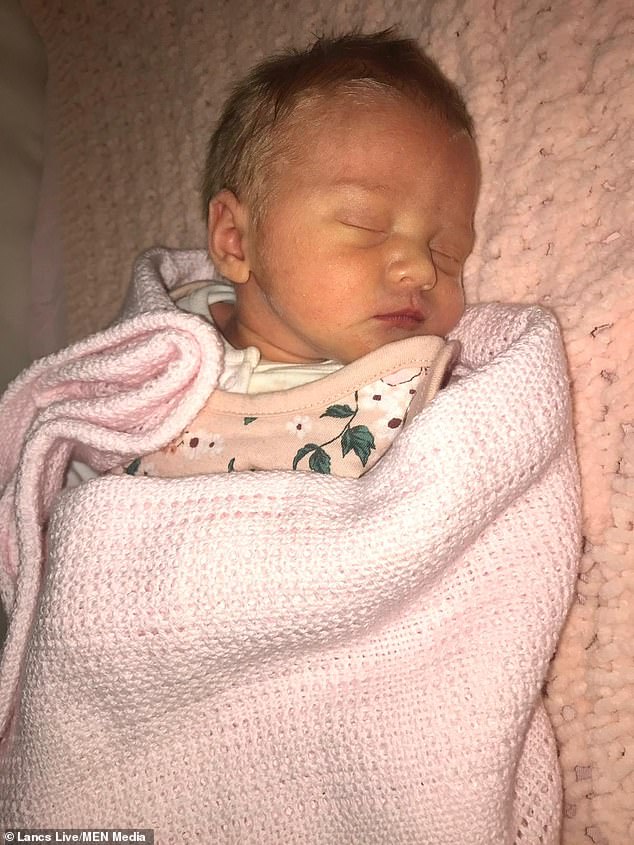 Baby Cara was initially in and out of hospital the week of her birth due to weight loss and jaundice, but it not thriving at home

Jak, who had escaped from the wreckage, attempted to free Charlotte but his own pelvic injuries stopped him despite his bravery and they were later freed by firefighters.

The couple became engaged two months after their ordeal, and now plan to be wed in 2022.

Charlotte feared that her previous injuries to her abdomen would prevent her from ever having children but three years on, she gave birth to a healthy baby girl on December 1st, and named her Cara Anne Metcalfe.

‘We always worried that we might not be able to have babies because of our injuries and she is a miracle. And it’s a miracle that she’s so healthy,’ said Charlotte. 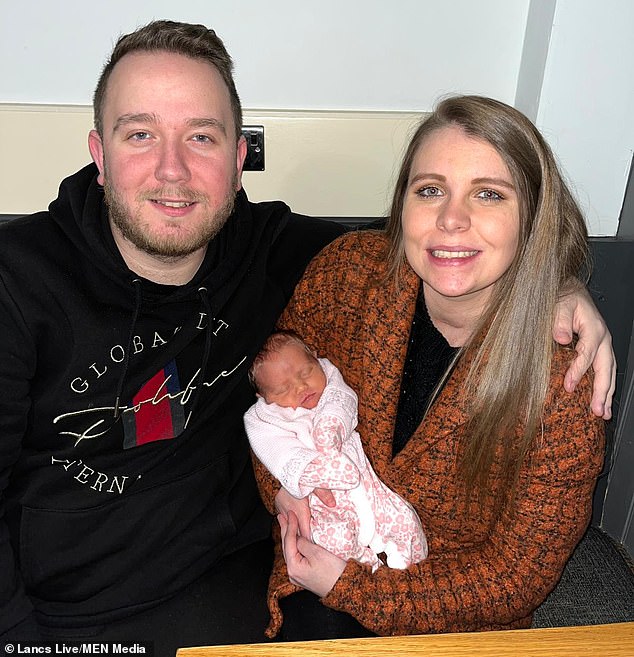 The family thought their previous injuries made having a baby impossible, and were surprised to find out they were expecting earlier this year

‘When I first got pregnant, it was a bit of shock. We were speaking to the colorectal nurse because we thought I had a bowel blockage. They said it’s not a blockage but there is something there!’

In order to deliver their baby safely, Charlotte required the help of 22 NHS workers who made sure everything ran smoothly.

Charlotte’s previous injuries put her pregnancy in the high risk category which demanded that she have regular scans throughout her pregnancy and a planned caesarian at 37 weeks.

The metal plate in Charlotte’s spine meant an epidural wasn’t an option and instead she had to be put under general anaesthetic for the entirety of the procedure. 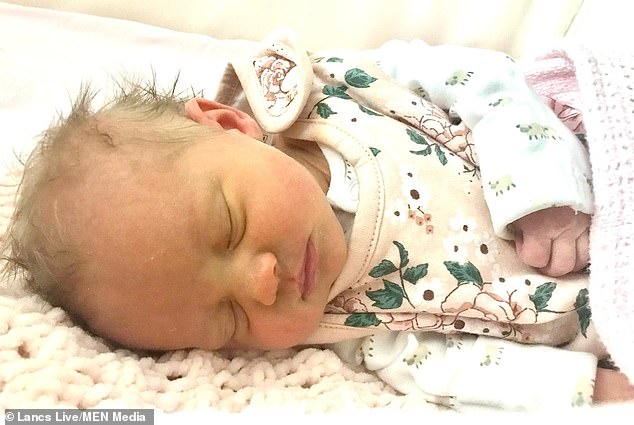 Despite having a high risk pregnancy, Charlotte gave birth to a baby girl on 1st December and is now adjusting to life as a mother

While she was disappointed not to meet her baby straight away, Jak was able to be in the operating room and was witness to the whole thing.

Jak said: ‘It all went quite smoothly really, or as they planned it to at least. There were 22 people in the surgery.’

Jaundice and weight loss meant baby Cara had to come into the hospital for a week after being born but the support the couple had from doctors and nurses left them overwhelmingly happy.

Paul Barrow a consultant colorectal surgeon who assisted them right up until Cara’s birth was included on a long list of NHS workers they were endlessly grateful to.

Cara is now back home for good with her parents and doing well, Charlotte said: ‘It’s tiring but it’s just so lovely because when we look at where we were three years ago, it’s totally different now because she’s here.’

At the time of the crash, the driver of the truck wasn’t legally allowed to be driving the vehicle involved and was later fined £1,600.

Prior to his sentencing for careless driving, which he admitted, the family met with him and heard his apologies.

Stating that he was also an injured party in the collision, Charlotte revealed that their decision to speak with him wasn’t about anger or forgiveness, but peace of mind.

She said: ‘I shook his hand because after all of the above and facing court; I have run out of strength and need some peace.’