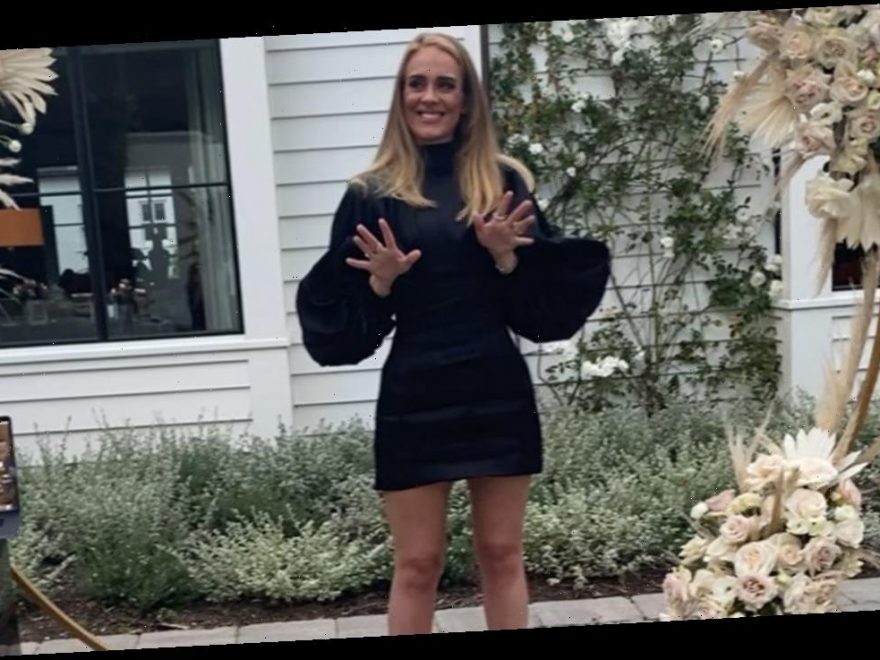 These celebs can add ordained minister to their resume!

When it comes to celebrity weddings, things can get pretty extravagant! While many ceremonies feature a beautiful venue, stunning decor and delicious food, some couples take things a step further. Instead of just a star-studded guest list, they also have a star-studded wedding party — including the officiant!

Major celebs like Tom Hanks and Dwayne Johnson have all stood at the altar to help their friends say their vows. Harry Styles even recently revealed that he’s an ordained minister when he officiated his manager’s wedding!

As if there was anything Harry Style couldn’t do, he just added ordained minister to his resume! The singer recently officiated the wedding of his manager Jeffrey Azoff and wife Glenne Christiaansen at San Ysidro Ranch in Montecito, California. With just 16 guests in attendance, Harry skipped the formal attire and hilariously opted for a bathrobe to perform the ceremony.

Adele was both the officiant and the entertainment at the wedding of her friends Laura Dockrill and Hugo White! After marrying the couple, she performed some of her hits at the reception held at The Mason’s Arms pub in Battersea. She also officiated the wedding of close friend Alan Carr and his partner Paul Drayton.

Dwayne Johnson gave the surprise of a lifetime to a fan named Nick Mundy who made a video asking him to be his best man. The Rock did one better — he officiated the whole thing! He tricked Nick, a reporter for Screen Junkies, into thinking he was on his way to a press junket, but Dwayne had actually set up an entire wedding with the help of Nick’s fiancée Dilara Karabas!

Kris Jenner has officiated multiple weddings, including her friend Faye Resknick who tied the knot in Kris’ backyard! Kris also helped Colton Haynes and Jeff Leatham make things official when they got married in October of 2017.

All the Kardashian Music Video Cameos You Probably Forgot About

Back in 2013, Benedict Cumberbatch officiated the wedding of good friends Rob Rinder and Seth Cummings in Ibiza, Spain.

“It’s a very private, lovely thing to be asked to do. Of course, I’m going to make a joke after it, ‘I do weddings. Next will be children’s parties and bat mitzvahs,’ if it goes well. It’s a mainly Jewish and gay audience, so hopefully they will be lenient towards me,” Benedict said ahead of the wedding.

Tom Hanks got ordained just to officiate the wedding of Allison Williams and Ricky Van Veen. At the time, Tom’s wife Rita played Allison’s mom on her show “Girls” and after Allison asked Rita to perform at the event, she knew Tom had to be involved too.

“If you want to call me the Right Reverend Tom Hanks, I think you should. I’m for rent. If you can afford the honorarium, I’ll be there for ya,” Tom joked to Extra. 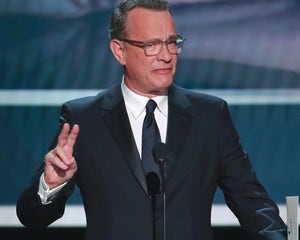 Kesha has officiated more than one wedding! Once for her hairstylist Vittorio Masecchia and his partner, Felipe Noqueira and another time for two female friends.

“It was such an amazing experience to help two beautiful women cement their commitment to each other through marriage,” Kesha told CBS.

Jonah Hill got the chance to marry his longtime friend Adam Levine and wife Behati Prinsloo when they tied the knot in 2014.

“Jonah was hysterical. He was telling so many jokes, but then in the middle would be so sweet and sincere,” a guest told E! News. 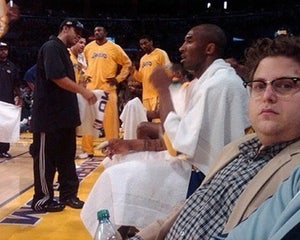 Jonah Hill's Story About Kobe Bryant Will Break Your Heart

Jimmy Kimmel has taken part in the weddings of some of his very famous friends! He first officiated a vow renewal ceremony for pal Matt Damon and wife Luciana Barroso in 2013. Then in 2015, he married Jennifer Aniston and Justin Theroux at their star-studded backyard wedding.

Blake Shelton stood at the altar when Ashley Monroe from the Pistol Annies married baseball star John Dank. Blake’s then-wife Miranda was also in the wedding as the maid of honor!