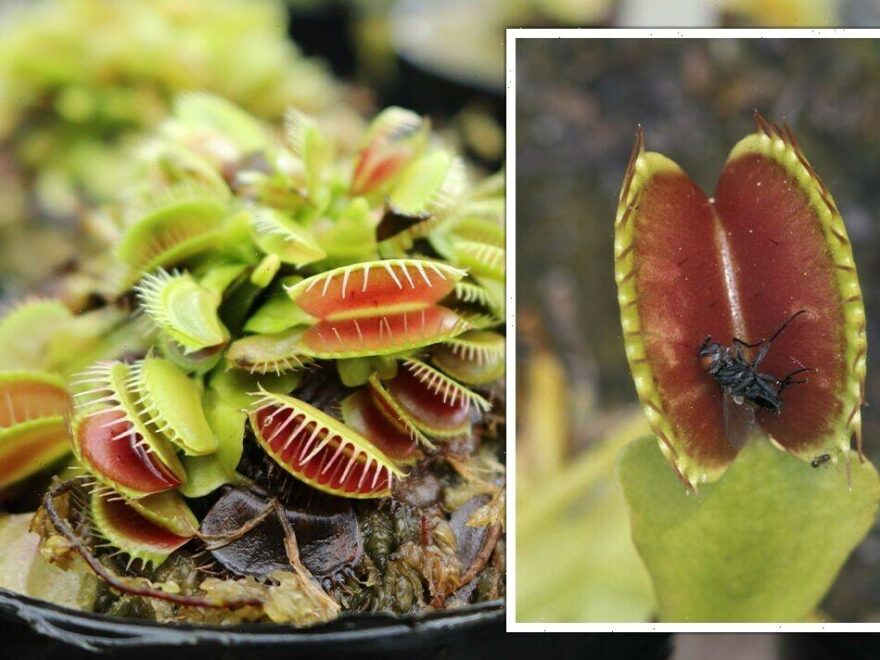 Venus Fly Trap: How the plant captures its prey

The Venus fly trap, also known as Dionaea muscipula, is a difficult plant to grow but will reward owners by eating small bugs and pests. The plant is native to the subtropical wetlands of the US and is infamous for catching its own prey. Although they seem as though they take care of themselves, the plant is actually a tricky customer for houseplant owners.

Save £390 off rattan garden furniture set

Turn your garden into an oasis with this rattan garden furniture set deal on Wowcher. Now less than £100, it’s a four-seater with an elegant design and shoppers are obsessed with it.

Unlike other houseplants which can be left, these require careful care and need more attention.

From spring to autumn, ensure the plant gets 12 hours of light with at least four hours of bright, direct light. 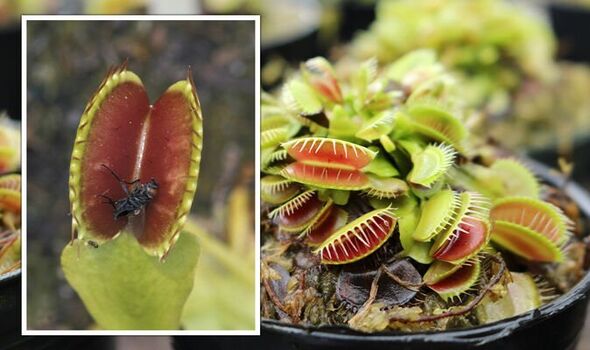 This may be easy to achieve in the summer, but the British winters will make the plant tricky to care for.

The plant can become dormant in the winter which is when it needs to be kept warmer.

In spring, the plant produces flowers and leaves which need to be removed to allow for larger “traps” to develop.

The plant needs consistently moist soil for it to remain happy and healthy.

This can be difficult in UK homes in the autumn and winter which are prone to becoming dried out thanks to radiators and open fires.

Do not fertilise them as they prefer soil that’s low in nutrients.

Venus fly traps prefer rainwater over tap water so set up a container outside to catch it.

Looking for a new home, or just fancy a look? Add your postcode below or visit InYourArea

Failing that, use distilled water.

How does the Venus fly trap catch its prey?

In a video for BBC Earth, a plant expert shared how the plant manages to catch its food in the wild.

He explained: “The Venus flytrap is one of the world’s most iconic carnivorous plants, yet it is native to small areas of pine habitat in north and South Carolina.

“Existing in nutrient-poor soil the Venus flytrap harvests the vital food it needs by catching prey in its jaw-like leaves.

“Each trap is actually a modified leaf split into two red lobes.

“These lobes secrete a sweet sap to attract insects.

“Flaring out from the trap, a curved row of teeth-like spikes interlock when the trap shuts to prevent prey from escaping.

When a bug is lured in by the plant’s nectar, insects trigger hairs in the trap which trips it.

The hair has to be touched at least twice in quick succession for the trap to close. 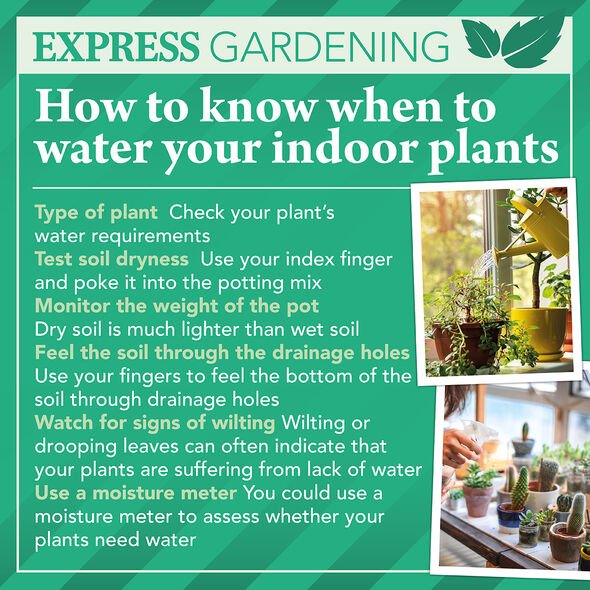 The plant can then tell the difference between a raindrop and its next meal.

Each leaf trap has a limited number of uses before it withers and dies so knowing the difference between meals and rain helps to conserve its energy.

The expert continued: “Once an unlucky bug has triggered the trap, this movement is converted into an electrical charge which moves through the trap’s two lobes.

“As this electrical charge moves towards the centre of the trap it opens specialised pores in the outermost layer of the trapped cells allowing water to rush from the cells on the inside of the lobes to cells on the outside.

“The dramatic change in cell pressure flips the lobes which snap shut the whole process takes about a tenth of a second faster than the blink of a human eye.”

Each move the insect makes, makes the trap tighten.

The trap will become a stomach with digestive enzymes being released into the sealed space.

“This acidic concoction allows the Venus flytrap to dissolve its victim”, he added.

Ten days later, the trap will reopen and reveal the remains of the prey that could not be digested.