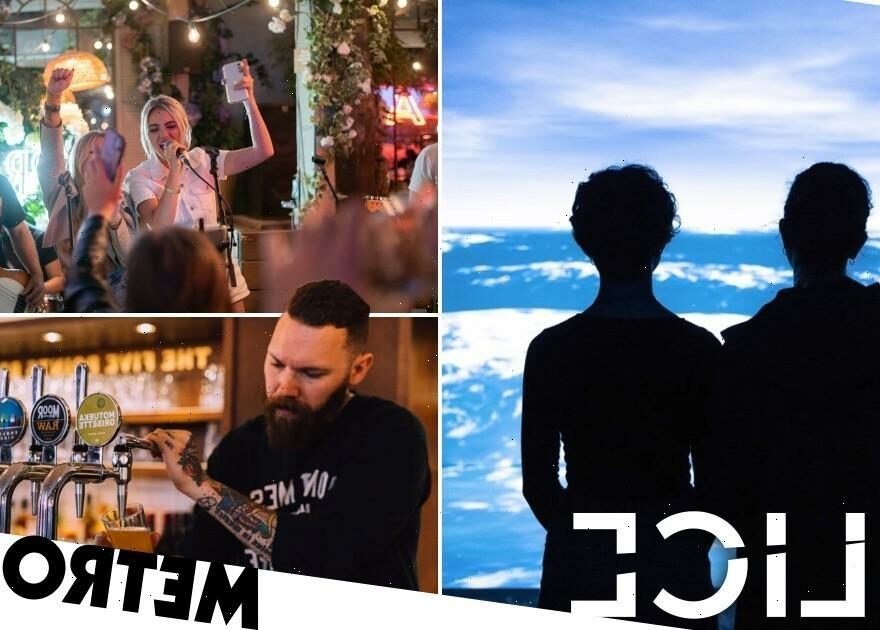 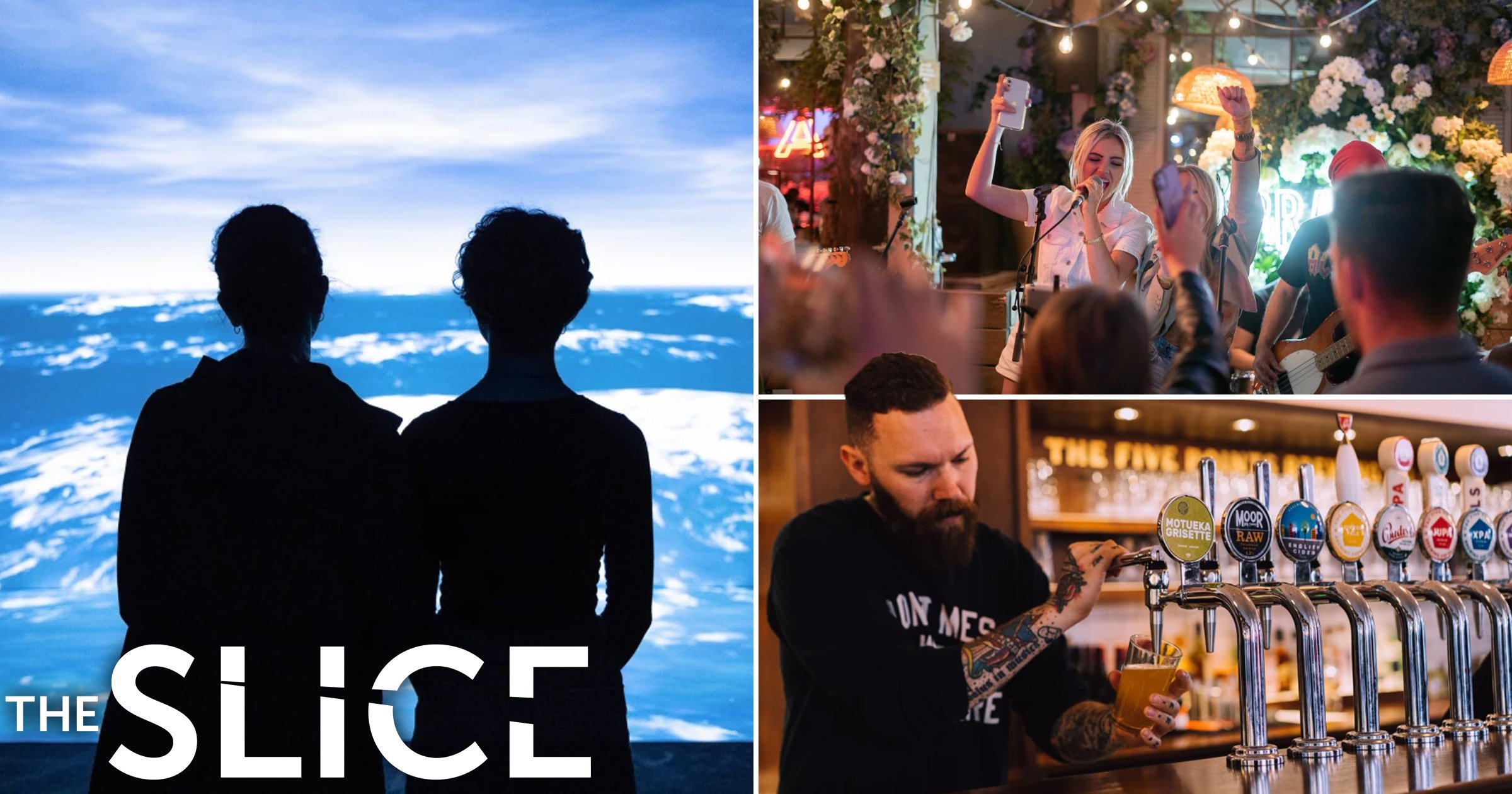 And that’s what Creams Café is giving away to celebrate National Ice Cream Day on Sunday.

And now that we’ve got you, how about a two-for-one ticket to one of the hottest exhibitions?

And while you’re in a spending mood, there’s a lager festival, a posh fish ‘n’ chip shop and a festival of chicken wings. But don’t let us tell you how to spend your hard-earned cash…

Ten quid for an outdoor movie? Count us in. Especially in this weather, right? So it’s good news that Pop Up Screens, ‘the original outdoor cinema’, is back with a special tenth anniversary offer of just – yes, you read it here just a second ago – £10 tickets for movies like The Breakfast Club, The Greatest Showman, Grease, Ghostbusters Afterlife… good, life-affirming movies that you can mostly talk through if not mouth along to the words of.

Step back in time

Now you’ve been saying you wanted to get out and learn more. Well there’s plenty to learn at the Our Time on Earth exhibition at the Barbican and now you can get two tickets for the price of one, which basically means a free date or split it and spend the savings on tequila.

It’s all about the ecosystem but told by a series of artists meaning the creativity on display is off the hook, whether it’s finding out what it’s like to be underground, peeling back the thousands of layers of an ancient tree or learning to share mealtimes with other species. Clearly all stuff we need to be getting our heads around.

Use the offer code METRO.

Thank you for the music

Karaoke is all well and good but you can sometimes feel like you’re just singing along to a backing track. And that’s not very rock ‘n’ roll.

Now, thanks to The Prince, you too can turn round and scowl at your drummer, put your finger to your ear like you’re getting feedback and then rock out with the cutest guitarist at Rockaoke, which is basically karaoke but with a live band.

And while you’re belting out your far superior rendition of Turn Back Time, your friends can tuck into Nonna Madonna’s Neopolitan pizzas, Filth & Co. burgers and great cocktails. But don’t hog the microphone. We all have songs we need to get off our chests.

Where do you think the world’s largest chicken wing festival is? Wrong! It’s London. Oh, you said London? Well, you were right and it’s upon us again while we’re still getting BBQ sauce stains out of one of our favourite T-shirts from last time.

Over 100,000 chicken wings will be served – many of them to you! – at the festival with a line-up that includes Chick’n Sours, Wingmans, Poor Boys, Mexcian Seoul, some of whose names will give you a clue as to the variety of ways these wings are going to be served up.

Competitions, challenges, DJs, live bands, fairground rides and, erm, axe throwing, it’s all here. And you know you want it.

We like it when art is an installation. It’s like it’s doing a lot of the work for you. Which is why we might start showing off about how we’re going down to this new site-specific installation in a Marylebone church which (and we’re reading off the press release here) ‘interrogates the passage of time through a series of films, photographs and paintings documenting the disintegration of pigment frozen into ice’! Which we think sounds pretty.

It’s Singaporean artist Dawn Ng’s first major UK solo show (you may have seen the Vogue interview) and how clever to bag the neo-Gothic St. Cyprian’s to do it in? Instagram, just wait, we’re coming.

They’re saying no ‘lager, lager, lager’ will be chanted at this festival of *checks notes* lager but frankly, we will be the judge of that.

Not that we want to fall out with The Five Points Brewing Co., especially not now they are rolling out no fewer than 12 different lagers from crisp unfiltered Pilsners through aromatic Kolschs (does it sound like we know what we’re talking about?) to dry-hopped Helles, all of which fall into the ‘beer’ family.

They all come from the UK’s very finest independent breweries and are brought together in this three-day festival of drinking… sorry, tasting incredible lagers… and then drinking them. Sign us up… we’re eating a preparatory pastie.

Something fishy going on

They reckon it’s the poshest fish & chips in town but we don’t think the word ‘chippy’ sounds very posh. Our mother always made us say ‘fish restaurant’ if questioned by neighbours.

Anyways, you can’t go wrong with a chippy, however posh you’re trying to be and at The Mayfair Chippy you can get authentic Cornish fish coated in the lightest, crispiest beer batter with crunchy fluffy chips and proper mushy peas (so posh!).

With a full range of sauces as well as sustainability on the menu, they are also selling oysters, mussels, soft-shell crab and black pudding fritters, all of which sound posher than Nadine Dorries in something nice from M&S. And there’s an expertly curated wine list!

Hope you have a sweet tooth

Whatever did we do to deserve Creams Café? Not enough, that’s for sure, not now they’re giving away 10,000 free sundaes to celebrate National Ice Cream Day. Yes, 10,000!

National Ice Cream Day falls on July 17, which is Sunday, and from Kings Cross to Marble Arch and Camden – as well as across the nation! – Creams will be doling out the sundaes filled with soft vanilla ice cream, Oreo Cookie crumb and Belgian chocolate sauce. And most delicious they look, too!

All you have to do is sign up at their website and they’ll send you a welcome email telling you how to get your sticky lips on their sticky sundaes. We could murder one of those RIGHT NOW!