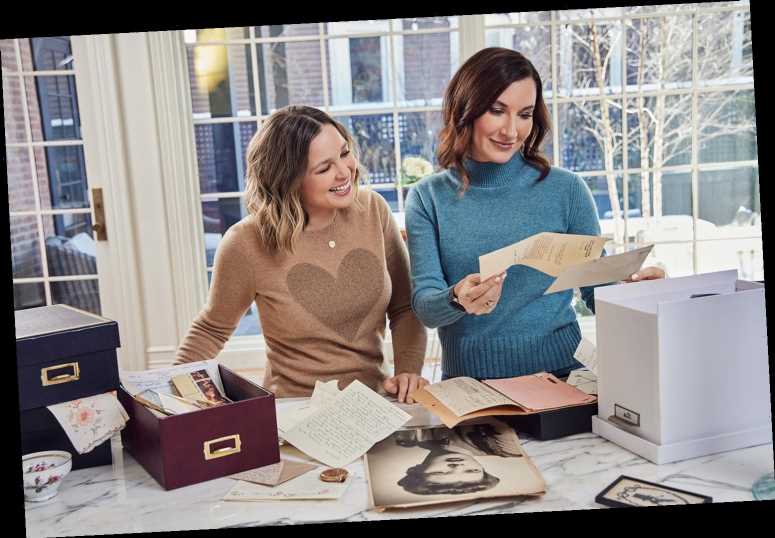 Clea Shearer and Joanna Teplin have organized the homes of some of Hollywood's biggest stars, so it goes without saying that they've come across their fair share of priceless items.

But whether they're sorting through Legally Blonde memorabilia for Reese Witherspoon or handling a gift Emma Roberts was given by her "Aunt Julia," the ladies behind The Home Edit follow the same rules for keeping precious items safe and sound no matter who they belong to — and they're ready to spill their secrets.

"When it comes to decluttering, we always say you need to think of your different buckets for what something represents," the pair, who recently announced their Netflix show Get Organized with The Home Edit will be returning for a second season this summer, tell PEOPLE.

"So, do you need it? Do you use it? Do you love it? Or is it sentimental? And sentimental is a really important bucket," Shearer says. "We are never going to have anyone throw out something that is truly sentimental."

But, they note, you have to be honest about what is truly sentimental to you.

For example, Shearer says, "sometimes people might assume an entire stack of things are sentimental, like kids' artwork, for instance. But when you actually go through it, you're like, 'What was that even for? I don't even recognize it.'"

"We just want people to treat their items with respect and store them properly," Teplin adds. "So if it's a physical item that you are really attached to, think about if you're putting it in your sentimental box, or displaying it on a shelf or wall in a shadow box."

No matter what vessel you choose to put your prized items in, she adds, you need to make sure moisture can't get in and damage it.

Another option they recommend: digitizing important family documents, photos and heirlooms. Online genealogy company Ancestry, with whom the pair recently partnered, is a great resource for uploading the files and sharing them with other members of your family — including ones you may have never met before. "I have been on a tear. Truly, it was actually one of my first quarantine projects, and it just became my passion project," Shearer says of using the service, which she admits she began when she realized her boxes of sentimental family items were "the one area" of her uber-organized home that she "hadn't really thought about tackling."

"I'd call my mom every day and be like, 'Tell me more about my great-great-grandfather from Czechoslovakia,'" she says. "Now I have my [family] tree dating back to the 1700s.. So it's really special, especially in a moment where you don't have that much interaction with your family."

She says she was even found a photo of her great-great-grandparents and their four kids on the site that was "incredible," because she'd never been able to put a face to these family members' names before. And it was all thanks to a distant cousin that had uploaded it.

"Digitizing and uploading photos of these items gives them a life beyond yours," Teplin adds, "which is just the most magical thing." Netflix announced on Thursday that the pair's hit home organizing reality show, Get Organized with the Home Edit, had been renewed.

Season one, which premiered in September 2020, followed the Nashville-based moms turned business partners as they helped organize the lives and homes of real families and celebrity clients — including Eva Longoria, Neil Patrick Harris and Khloé Kardashian.

The new season is just the latest addition to a rapidly expanding empire that also includes books, a collaboration with The Container Store, and their own line of cleaning products, called Rume, which launched in late 2020.

Season 1 of Get Organized with the Home Edit is now streaming on Netflix.