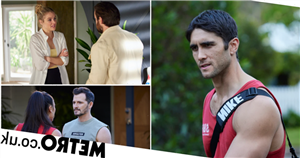 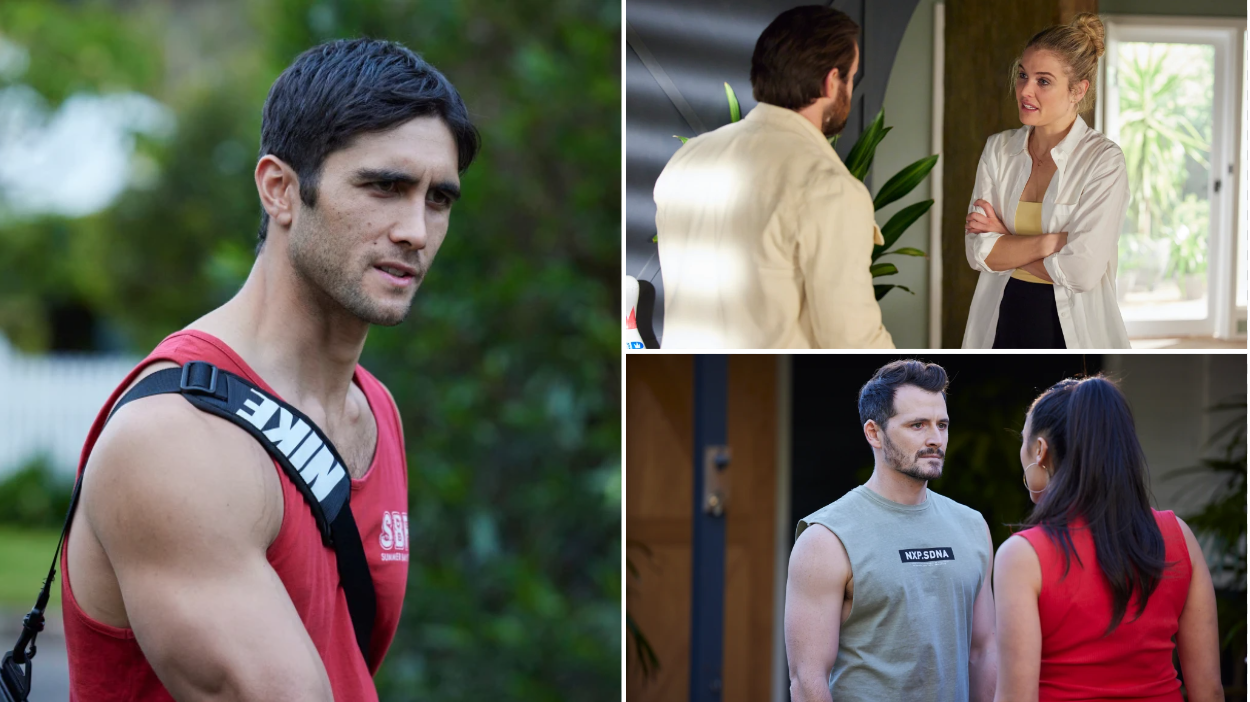 This week in Home and Away, Bob (Rob Mallet) continues to fight for Kirby (Angelina Thomson) but quickly realises she’s committed to her new relationship with Theo (Matt Evans).

He turns desperate and asks to perform onstage with the band one final time. However, when Theo learns about the update, he is gutted and bails on the gig altogether! Will Lyrik let Bob go onstage with them, as if nothing happened?

Meanwhile, Bree (Juliet Godwin) finds herself dressing up for the gig, then stopping in her tracks. She realises she’s getting too hyped up about seeing a man she isn’t married to, and decides not to go. However, Remi (Adam Rowland) worries that she could be in trouble when he doesn’t see her in Salt, and rushes to the motel. Bree explains herself, but invites him inside. Is their relationship about to shift to the next level?

Here’s what’s coming up on Home and Away for the week beginning Monday January 23.

Bob has been trying to win Kirby back since making an unexpected return to the Bay, but his efforts aren’t going well. Not only is Kirby adamant that she’s not interested anymore, but Remi and Eden don’t want anything to do with him and Theo won’t listen to his taunts about how he’s just a rebound. Turning desperate, Bob asks Kirby if he can play once last gig with Lyrik to save his music career. Kirby reluctantly agrees and sends Theo a voicemail to explain. However, Theo is gutted when he receives the message and makes a decision of his own. Later, when Lyrik show up for their gig at Salt, they realise Theo isn’t showing up. Bob offers to step in – will the band let their old singer replace Theo?

Bree and Remi finally give into their feelings

Remi has been drawn closer to Bree since she came to his house wanting support after Jacob finally left for another few months. However, Bree is feeling pressured by his onslaught of questions so he backtracks and promises to keep the mood light. He invites her to the gig at Salt, and she accepts, leaving him excited to perform with her watching. Later, at the motel, Bree dresses up and smiles at her reflection, then falters. Why is she dressing up for someone who isn’t her husband? A few hours later, Remi turns up on Bree’s doorstep, wanting to know what happened. With a lingering look, Bree invites Remi in, and they finally give into their feelings…

Mackenzie tells Justin and Theo they owe her thousands of dollars

After Lyrik’s live event went disastrously wrong, Mackenzie is furious. How can she keep the band on if they can’t even put on a reliable event? What’s more, she’s lost money on extra staff she paid for the night, extra drinks, extra food…in the morning, she quickly gets Justin in for a talk, and makes her anger known. Lyrik’s poor actions have made her restaurant look bad, and as band manager, Justin is responsible.

Theo steps in at that point, saying he was the one who didn’t show up so he should take the blame. However, all Mackenzie cares about is being reimbursed for her lost earnings – which total over $2000. Theo hastily insists he will pay it back, then realises once they’ve left the bar that he has no idea how to raise that kind of money…

Xander and Stacey take their romance to the next level

Xander has been left wondering if he messed up his first date with newcomer Stacey after rushing to a man’s aid in Salt and getting him to the hospital. However, when he sees her a few days later he’s relieved to learn that she’d be happy to go out with him again. They have a spontaneous second date and end up back in Salt, where Mackenzie needs help. Xander comes to the rescue once again and jumps behind the bar, leaving Stacey seriously impressed. Back at his place, she wonders what other secret skills he may be hiding, prompting him to take her to the bedroom…

Dean wonders why Mackenzie is holding onto so much anger about the failed gig night at Salt, as she continues to rant at her brother about Lyrik’s unreliability. He is even more surprised when she suggests cancelling Lyrik’s contract altogether. Dean wonders what’s really behind his sister’s distress, and she reveals she was planning to get her savings organised so she could move out of Dean’s house in time for the new baby.

Dean is aghast – she’s always welcome! But Mackenzie reveals she doesn’t want to live in a house with a newborn baby as she’s single and ready to mingle…

Roo and Marilyn are faced with a fundraising challenge

Roo has decided to join Marilyn’s volunteering cause and sign up at the community kitchen in the city. The two friends decide to take their efforts a step further and plan a project to help troubled youth. Alf is in agreement – Roo loves taking on a project. But what could they do? The pair get brainstorming, but they end up with a huge ideas list without a specific goal in mind.

Then Alf suggests actually ringing up the shelter and asking what they need. Roo does exactly that, and comes back with an update – the shelter needs a food truck. The only problem is, it will cost about $40,000! Roo and Marilyn realise they need to raise a lot of money, but how will they do it?

Felicity is furious when Cash brings her foster father to town

Felicity has been stubbornly refusing to have her foster father, Gary, come to town for the wedding, even though Cash has tried to persuade her that it could be a good idea to make amends. Deciding to take matters into his own hands, Cash invites Gary to the Bay with the hopes of bringing the pair together. However, Gary shows up directly outside the house and Cash quickly hustles him away to keep the secret from his sister. Later, Felicity arrives home – to discover Gary is standing in her living room. She freezes, then she’s furious, accusing her brother of ambushing her…

Stacey has a surprising update for Xander – can he handle it?

Xander is full of smiles after his steamy night with Stacey, and Rose asks how his night went – fully aware that he had a visitor. She doesn’t pry too much, just wanting her brother to be happy. Instead, she offers to help by making herself scarce for another night so Xander can have his ‘visitor’ over again. Xander is thrilled, and goes to find Stacey so he can suggest another date.

However, Stacey has an unexpected curveball for him – she’s busy tonight. In fact, she’s got a date with someone else. Explaining herself, she reveals she isn’t into monogamy and likes dating several people at once. Xander is left reeling – can he handle non-monogamous dating?