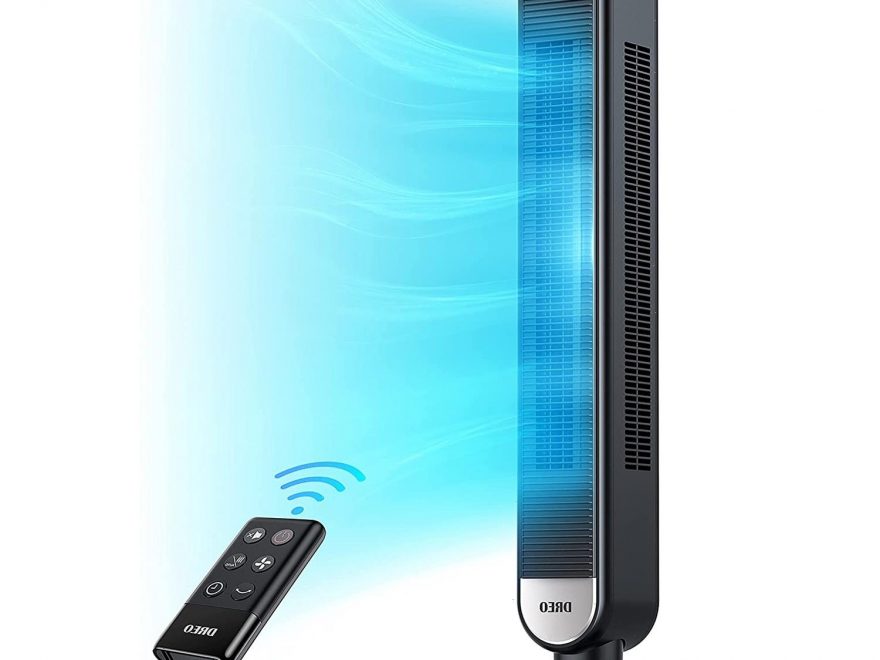 With the temperatures quickly climbing and the hot sun shining for double thetime these days, it should come as no surprise that just about every room in the house is stuffy and uncomfortable. And while it's possible to simply turn on the air conditioner all day, it is a pricey luxury that adds up.

A fan, on the other hand, can cool a room down just as readily as the air conditioner — without racking up the electricity bill. Amazon shoppers recommend the Dreo Oscillating Tower Fan, complete with six wind speeds and three modes including normal, natural, and sleep. The space-saving fan boasts a wide, 90-degree angle as it oscillates, offering an uninterrupted breeze that keeps everyone cool, even on those scorching days. Plus, a handy remote comes included, so you'll be able to control the fan from any location.

Built without blades, the fan is inherently quiet, reducing excess noise overnight. You'll be able to plan when the fan goes on thanks to the timer that allows you to program when it operates. It's also designed with a large, easy-to-read LED screen that displays the current room temperature, wind speed, and multiple modes. And you won't have to worry about a bright light shining overnight; once sleep mode is selected, the screen will automatically turn off after 20 seconds. Over 2,700 Amazon reviewers have given the tower fan a five-star rating, and it's even earned an Amazon's Choice stamp. Shoppers say they're "blown away by this fan," noting that it's "worlds above your standard fan." One user even writes that it's "so good I bought a second one a week later!"

"This is the next best thing to an AC," one five-star reviewer shares. "Shortly after I put it, in the room cooled down 10 degrees cooler than it had been a few minutes before. When you sat in the room, you could feel the breeze as though you were on a Caribbean beach with a cool breeze. The remote control is easy to use and a great feature."

"I have a Lasko tower fan from 2012 that I absolutely loved," another shopper says. "Recently, I've begun to want something better — something quieter yet puts out more air than what I already have. Let me tell you, once I tried this fan, I threw my beloved Lasko fan aside and haven't plugged it in since. I absolutely love this fan. It's super quiet — even when on the max setting. It outputs way more air than the last fan."

Keep cool for the rest of the season by shopping the Dreo Oscillating Tower Fan for just $76 at Amazon while you can.