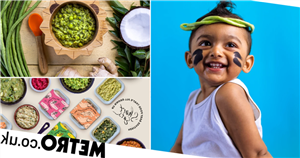 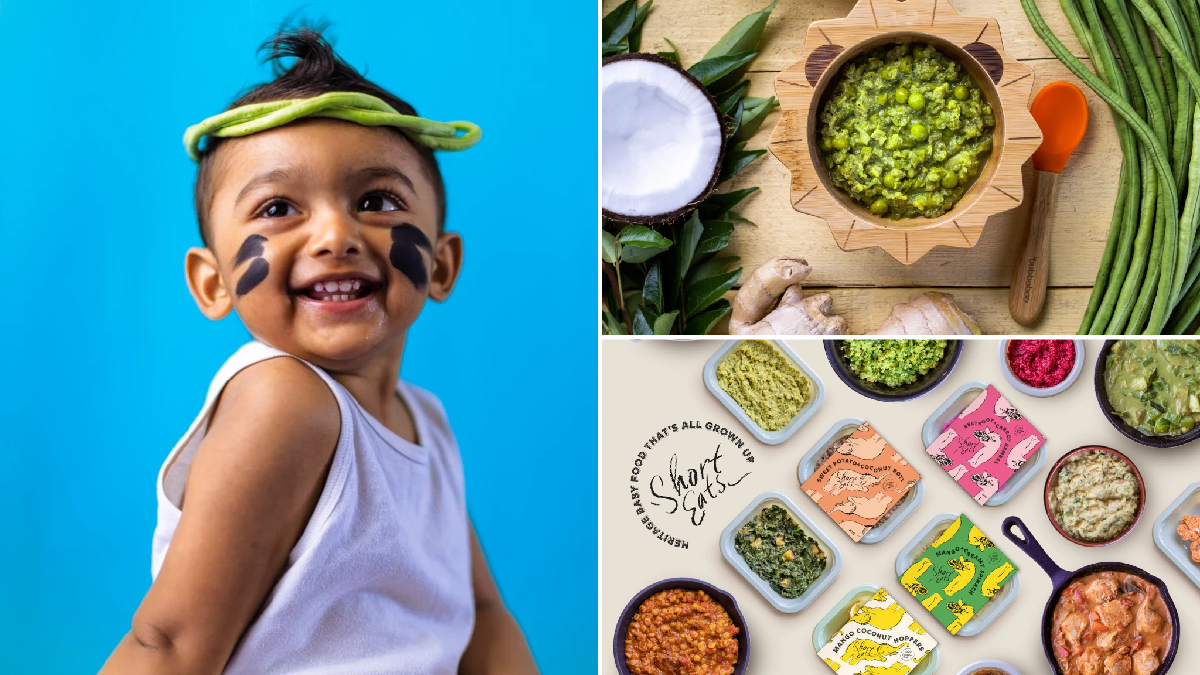 Meals for babies can be pretty bland.

Lots of parents tend to steer away from strong flavours, anything too spicy, or anything too bold, instead opting for foods they view as ‘safer’.

But there actually is no reason why you can’t spice up your little one’s diet – and it could in fact help them to develop a more adventurous pallet, if done in the right way.

Of course, this comes with caveats. No, you shouldn’t be blending scotch bonnet into your kid’s dinner.

Really spicy foods are not good for very little babies because they can cause irritation to their digestive system. However, from around six months, or from when the baby is ready for solid food, experts agree that mild herbs and spices are a great addition.

This is something Melissa Bakth, founder of food delivery service Short Eats, feels passionately about.

‘My mum is from Trinidad, and my dad is from Sri Lanka, so our store cupboard, fridge and table were in a constant flux of colour, texture and culture,’ Melissa tells Metro.co.uk.

‘Growing up, I was always acutely aware of how lucky I was to have such a plethora of exotic food around me, but I was also equally aware that access to this type of food was limited. An early goal that I set myself was to one day bring accessibility and convenience to this cuisine.’

This is why Melissa is launching a new campaign – Battle The Bland – and a range of baby food inspired by Sri Lankan cuisine and approved by nutritionists.

‘This launch is the most important goal I have ever set out to accomplish in my working life because if it works, I believe it will drastically improve the eating habits of an entire generation- no pressure, right?’ she says.

‘We live in London – one of the most culturally diverse areas of the world. There are so many exciting, innovative and evolving brands being born every minute, but when I look at the baby food offering, my heart sinks for them.

‘This sector remains trapped in an archaic, dated state. Stagnant use of adventurous ingredients, insipid colours and unimaginative dishes.

‘A parent can either opt for convenience or flavour, but you can’t have both, and you certainly can’t have anything crazier than a veggie moussaka.’

So, why has this supermarket aisle seen so little change?

‘The target age group can’t fully articulate their food processing thoughts, so there’s been no real reason to change,’ Melissa explains. ‘Sadly, one can deem the kid’s range an afterthought.

‘Babies can and will eat anything, toddlers start making their own food decisions and by six or seven their taste buds are fully sown and grown. Any chance of untangling the bad weeds is going to take some heavy lifting.

‘We are looking to nourish them as seedlings. By encouraging flavour seeking now, we ultimately give them the right tools to make healthy, balanced and adventurous decisions as adults.’

Things to think about before giving your child spices

‘There’s a difference between hot spices, and the aromatic ones. Aromatic ones – such as cinnamon, nutmeg, garlic, turmeric, ginger, coriander, dill and cumin – are perfectly fine to introduce to children, even in infancy after six months,’ pediatric gastroenterologist Dr Anca Safta tells Live Science.

When introducing solid food, Dr Anca says you should go ahead and try aromatic foods.

‘We live in a society where we think that baby foods have to be bland, but really you don’t have to do that,’ they add.

‘But I would not say the same for hot foods, per se. The hot part is not a taste, but rather involves stimulation of pain receptors, and infants might have a stronger and novel reaction to it, possibly creating an aversion.’

Dr Anca explains that there are pain receptors on the tongue and in the gut that are stimulated by spicy hot foods.

‘If we look all over the world, there are South American countries that eat a lot of hot foods, and there are many Asian countries that introduce it to kids early on,’ says Dr Anca. ‘In some countries or cultures, spicy foods are introduced early, and with frequent usage – meaning it might be every day, it may be two or three times a week. Most children then become tolerant to different degrees of spiciness.’

‘There is a preconceived idea that spice is bad for young ones,’ says Melissa. ‘I would have to challenge this with every fibre of my body. Too spicy can be bad, but spice in your child’s food can also be sensational.

‘Gut health and good microbes all reside in the key factor of variety i.e. eating a variety of fruits, vegetables, grains, legumes, seeds, nuts and spices. By layering all of these elements together you have a super blend that aids digestion, concentration and mental health.

‘All of our dishes are based on this fundamental concept and take strength from key ingredients such as turmeric, curry leaves, cumin and fennel that have been roasted, baked and seasoned into every dish we make.’

How to safely add some spice to your child’s diet

‘With so many of us being stressed and stretched for time and (sometimes) inspiration, here are some top flavour injecting tips,’ says Melissa

Once this has cooled, blend and leave in a small pot. This store cupboard mixture is magic as just a sprinkle can and will transform any dish. It’s perfect for roasting vegetables, as a garnish to a soup or into a casserole.

Try to add texture to every meal. This could be through the addition of prawn crackers, poppadoms or croutons.

Each of these items has a unique flavour to them and gives a gentle nod to something new and exciting.

A lot of baby food tends to be overcooked – this is partly due to the fact that we are very panicked by the idea of choking. However, do not sacrifice nutrients for nerves.

Simply chop your vegetables into smaller sizes that can be mashed with a fork.

Opting for provisions like okra, spinach and gelatinous fibres like chia seeds, flax seeds and aloe vera are also a great idea as their natural compounds make them easy to digest.

Try to use a ‘kicker’ ingredient once a day. Whether it’s a little grated ginger, a squeeze of lime, the addition of a cardamom pod to porridge or a sprinkle of cinnamon to a hot chocolate.

These short little bursts of flavour might even seem meaningless to the meal at the time, but in a continuous stretch make for confident flavour seeking children who will most assuredly be up for everything as growing adults.