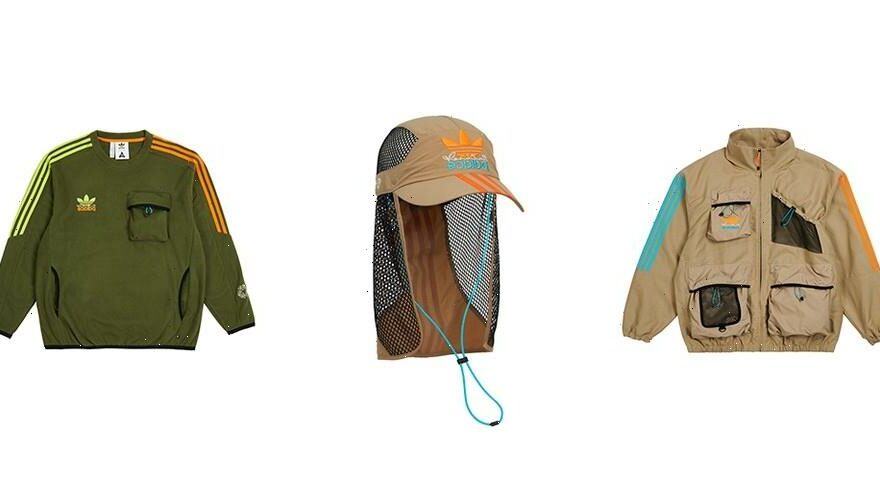 Palace and adidas Originals first came together in 2014, and have since gone on to release a number of collaborative capsule collections often centered around skateboarding design and sneakers. Now, for Spring/Summer 2022, the two streetwear juggernauts are back together for “Palace Adidas Nature,” as seen in the lookbook that released earlier today.

Predominantly taking on a palette of “Wild Pine” and “Stone,” the collaboration features everything you need to get back outside and explore. While that does include regulars such as a T-shirt — which also appears in “Cyan” — and a fleece jumper that’s adorned with a Trefoil logo, Palace moniker and the word “nature” written in a cursive font, the collection also offers plenty of must-have outerwear and accessories.

Standouts include the lightweight jacket that’s covered in alternating pockets on the front, one in each corner, sporting netting, the aforementioned collaborative branding, and pull cords, while Three Stripes work the arms alongside adidas Originals’ “End Plastic Waste” symbol near the right cuff. Elsewhere, a summer cap following the same theme of the jacket also sports plenty of netting, as does the backpack.

Rounding out the outfit is a pair of matching trousers, cut from the same “End Plastic Waste”-infused materials that sees its logo adorn the leg alongside a Palace reycling logo. More co-branding appears on the rear, sitting alongside the adjustable waist, while a duo of Three Stripes and tactile pockets complete the look.

“Palace Adidas Nature” releases on May 20 via the Palace web store, as well as at Palace’s physical stores and through the adidas CONFIRMED app. It will then release on May 21 in Japan and via WeChat. Take a closer look at everything dropping above.