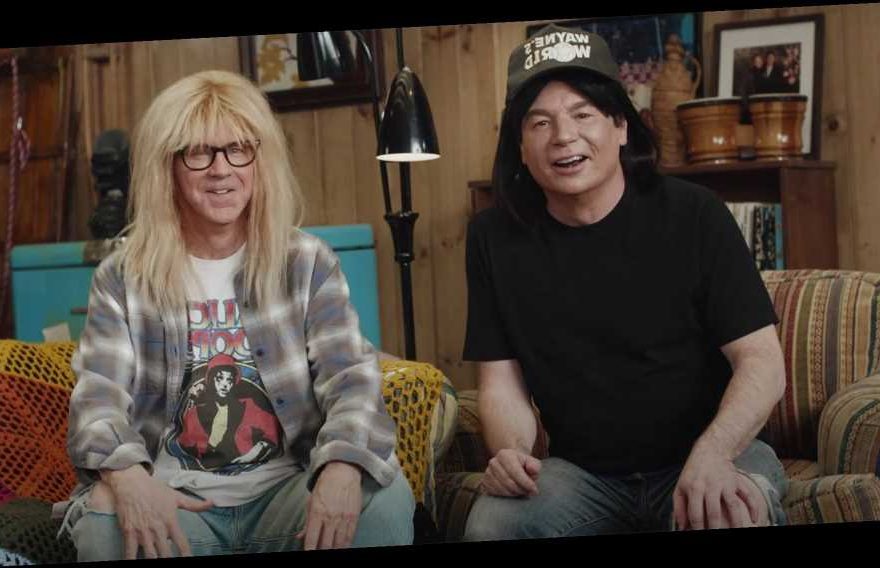 Super Bowl LV will include a Wayne's World reunion!

A 60-second commercial for Uber Eats will air during next weekend's game featuring Mike Myers and Dana Carvey reprising their roles as Wayne and Garth, respectively, from the 1992 comedy film based on a Saturday Night Live sketch.

Uber Eats released a 30-second teaser video for the commercial on Sunday that features the comedians reenacting their beloved characters.

"We just wanted to say we'll see you soon for the game, which for legal reasons cannot be named," Myers says of the Super Bowl.

"We'll see you on the big bowl," Carvey says before Myers adds, "The gigantic bowl."

The teaser then ends with the doorbell ringing and an image of an Uber Eats delivery bag on the table. Last December, the cast of the original film got together remotely for a Zoom reunion hosted by Josh Gad. During the call, the stars revisited some of their favorite scenes from the film — including the classic "Bohemian Rhapsody" car scene. Super Bowl LV in Tampa, Florida, will feature a matchup between the Kansas City Chiefs, led by Patrick Mahomes, and the Tampa Bay Buccaneers, led by Tom Brady.

Several companies have shared teasers of their Super Bowl commercials, including Doritos, which will feature Mindy Kaling, Jimmy Kimmel and Matthew McConaughey, and Cheetos, which stars Mila Kunis and Ashton Kutcher.