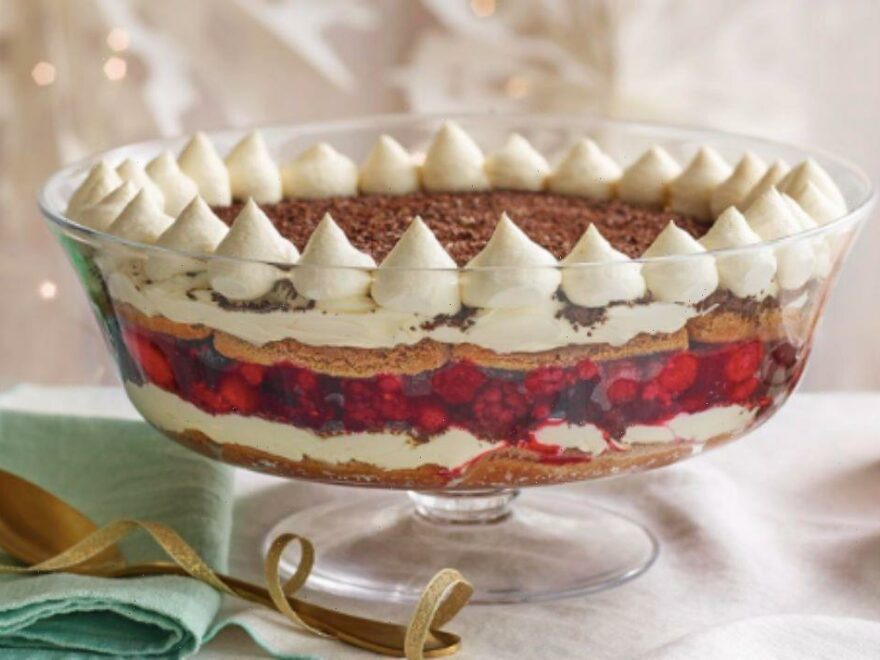 Mary Berry accidentally splatters food all over herself

Mary Berry is a national treasure, whose recipes are beloved in all British households. One such recipe is her famous Tiramisu Red Fruit Trifle.

This trifle recipe, as shared on BBC Food, is the perfect addition to any dinner party – with a little Italian twist.

It serves between 10 to 12 hungry guests, so is the perfect dessert for a big, celebratory meal.

The preparation should take between one and two hours, and it requires zero cooking time. 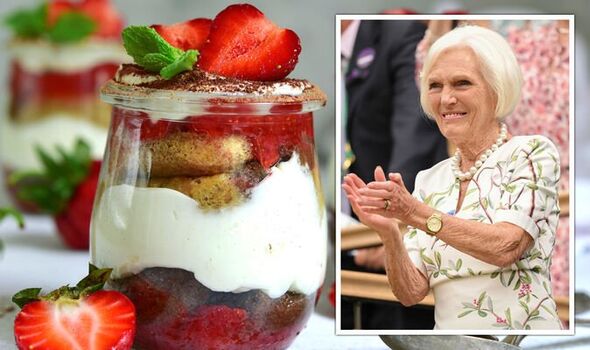 For the red fruit

One heaped tbsp of cornflour

12 trifle sponges, halved through the middle to make 24 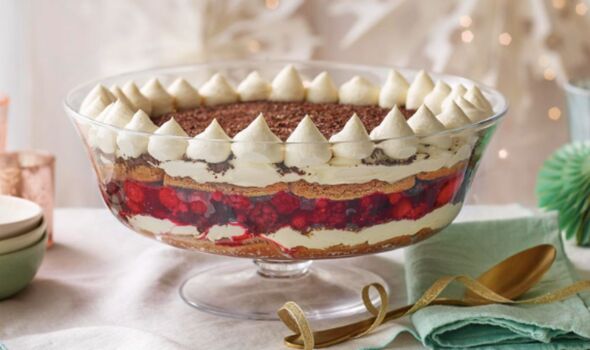 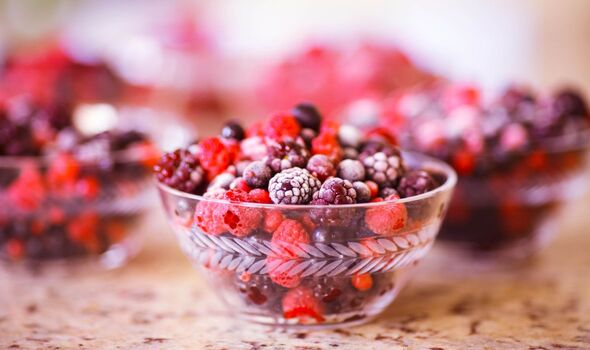 For the red fruit, heat the frozen berries and caster sugar in a saucepan over medium heat. Stir until the sugar has dissolved and the berries have just defrosted. Sieve the fruit over a bowl – don’t press the berries, leave them whole. Pour the fruit liquid back into the saucepan.

Mix the cornflour with two tablespoons of cold water in a small bowl until smooth. Add to the pan and mix. Stir over medium heat until boiling and thickened. The sauce should coat the back of a spoon. Add the whole fruit back to the saucepan. Set aside to cool completely.

For the trifle, add the mascarpone, cream, sugar and vanilla to a large bowl. Use an electric whisk to form light, soft peaks – being careful not to over-whisk.

Mix the coffee and brandy in a shallow dish. Soak half of the sponges in the coffee mixture. Arrange tightly over the base of the glass dish. Spread one third of the cream mixture on top and sprinkle with half the chocolate.

Spoon the berries on top evenly. Soak the remaining sponges in coffee and brandy and arrange them on top. Spread half of the cream on top and sprinkle over the remaining chocolate.

Spoon the remaining cream mixture into a piping bag fitted with a 1cm/½in plain nozzle. Pipe 12 blobs on top around the edge of the trifle. Chill for one to two hours before serving.

Trifle is often considered a Christmas dish, but is a popular English comfort dish all year round, “bursting with fruit flavours” according to the baker.

Mary Berry told BBC Food: “I like to use brandy for soaking the sponges, but you can use rum, kirsch or Irish cream if you prefer.

“Frozen berries can be bought year-round and used straight from the freezer.”

The Four Seasons Summer Fruits 500g bag is sold at Aldi for £1.79, and includes a mixture of frozen raspberries, blackberries, blackcurrants and redcurrants.

For this recipe, chefs will need a shallow trifle glass dish about 8cm/3in high and 25cm/1in in diameter.