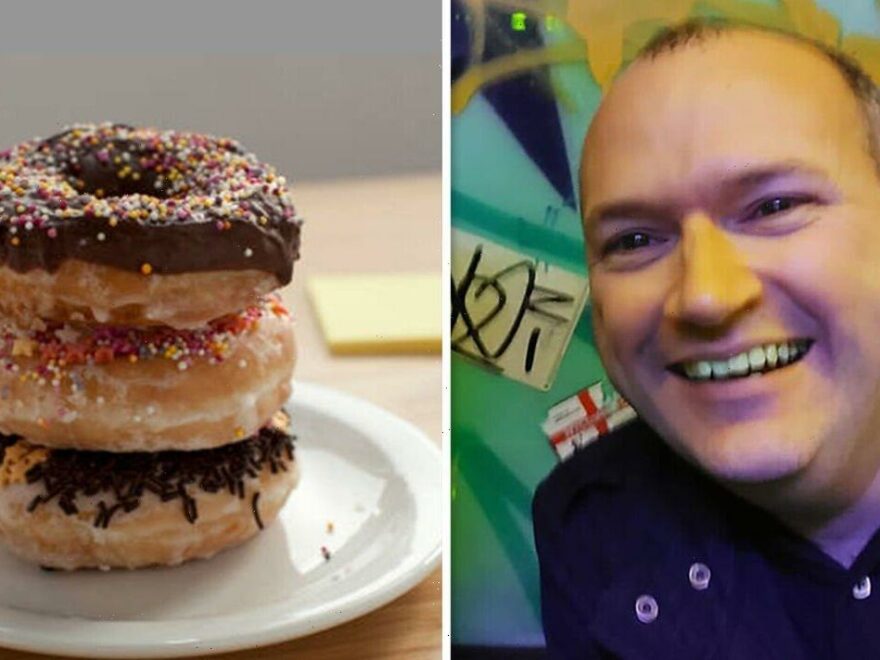 A sales team boss has branded calls by a top food watchdog to ban bringing cakes into workplaces “ridiculous”.

Sean Furey, 37, regularly treats his team of four IT sales colleagues with baked goods as he feels it helps motivate the employees. He was disgusted, though, to read the Food Standards Agency’s claim bringing cakes into offices is as unhealthy as passive smoking.

And the father of one said, even if a nationwide ban was introduced, he’d flout it.

“It is nowhere near as dangerous as passive smoking.

“I’d ignore it (a ban). They’d be a smoking shelter and a cake shelter – called the office.

“Even before I was managing a team, it has always been a case of leaving cakes at the end of the table every now and then for the group. It has been part and parcel of it (office culture) in the 20 years I have been at the company.

“It motivates the team and it is like the water cooler. People get up and looks at the cakes and everyone has a moan that they shouldn’t be eating them and then walks off with a big cake. There’s no harm in that.”

Sean brings cakes, usually Bakewell tarts, into his workplace typically once a week to help keep morale high and offer something back to his small team.

He’s been the manager of his unit for two years but starting working at the large firm in around 2003 when he was just 17.

The dad, who lives in Solihull, West Midlands, continued: “It has always been part of the thing in an office.

“If we stopped, it would get noticed.

“But every time I bring cakes in, I notice at least one colleague will decline the offer. There you go though, she has the willpower. If you don’t want them, don’t have them and if you do, just that little moment of a full doughnut, or half a doughbut even, and go and work it off later.”

Professor Susan Jebb, chairwoman of the Food Standards Agency, has argued that before widespread indoor public smoking bans, people were making a choice by going into “smoky” pubs but since most pubs were full of tobacco their choices were limited.

In the same way, she added in many offices people bring in cakes to share with their colleagues people can make a choice not to eat them but this can be difficult due to the ubiquity of the phenomena and peer pressure.

The professor, who also works at University of Oxford, said: “If nobody brought in cakes into the office, I would not eat cakes in the day, but because people do bring cakes in, I eat them.

“Now, OK, I have made a choice, but people were making a choice to go into a smoky pub.”

And Sean supports this argument, claiming he feels responsible for staff morale as a manager.

He continued: “As a manager, I feel partly responsible for people’s livelihoods, not just their careers.

“If everyone in the group in that team, whether that be five or 50, became unhealthy (due to consumption of cakes), then you’d have to temper it because you’d start losing working days but that’s unlikely. One cake a week isn’t going to be the cause of something like that.

“It’s about a balance of everything in life, like things at home and whatever else you’re eating.

“With passive smoking, for instance, you can’t control what you inhale. You have to breathe, it’s part of living. You can choose not to eat a cake.”