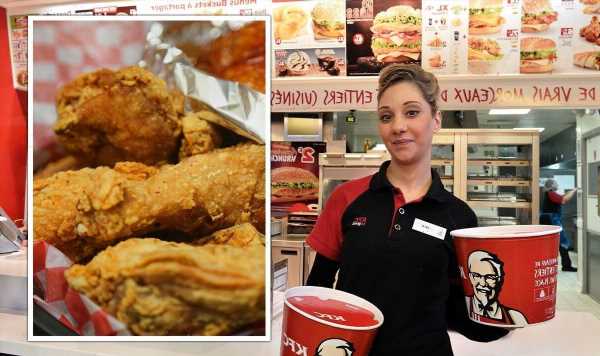 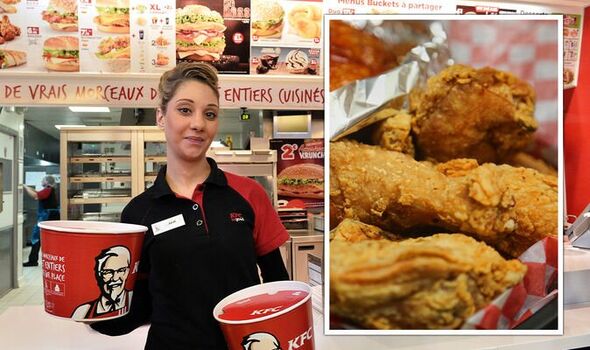 ‘Secrets of the Fast Food Giants’ is a Chanel 5 series that goes behind the scenes to reveal the secrets of the biggest takeaway restaurants.

In the Channel 5 series, Alexis Conran tries to find out the fried chicken legend’s secret recipe.

KFC, founded by Colonel Harland Sanders in 1952, makes “perfect golden crispy chicken” across its 1,000 restaurants in the UK and Ireland. But how do they do it?

The restaurant’s food manager in the UK told Alexis that no one actually knows the exact recipe as it is “kept in a vault in Kentucky”.

Therefore, no KFC worker knows how the fried chicken is actually made.

She said: “Across KFC only two or three people actually know the exact recipe.

“We have two different spice blenders so one factory does half of the blend, and then another does the second half and then packs it.

“So actually not one factory knows the complete recipe.”

When workers receive the recipe at the restaurant, all they need to do is bread the chicken and then fry it.

However, there is a very strict process to do this.

When breading the chicken, workers need to pour it into a large container of flour and then “scoop and fold” and “scoop and lift” the chicken 10 times.

The food manager explained: “We want to ensure that every piece of chicken has exactly the same amount of breading on it.”

“We haven’t changed it because it works so well!” she said.

She explained the Colonel invented this system and he made the chicken following this exact process when he opened the first restaurant in 1952.

And “the same process is followed in all the KFC around the world”.

After witnessing the “complicated” breading process and trying it himself, Alexis said: “It’s insane!”

The food manager at KFC explained all the chickens come from UK farms.

“It’s the same chicken you will find in UK supermarkets,” she said.