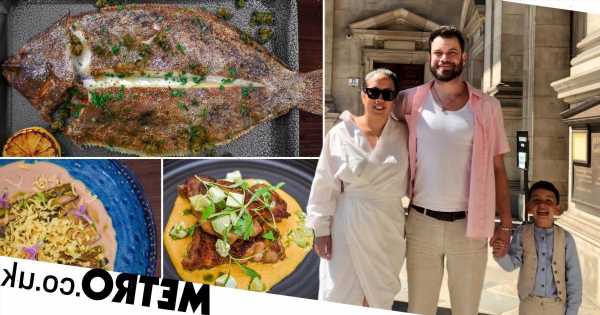 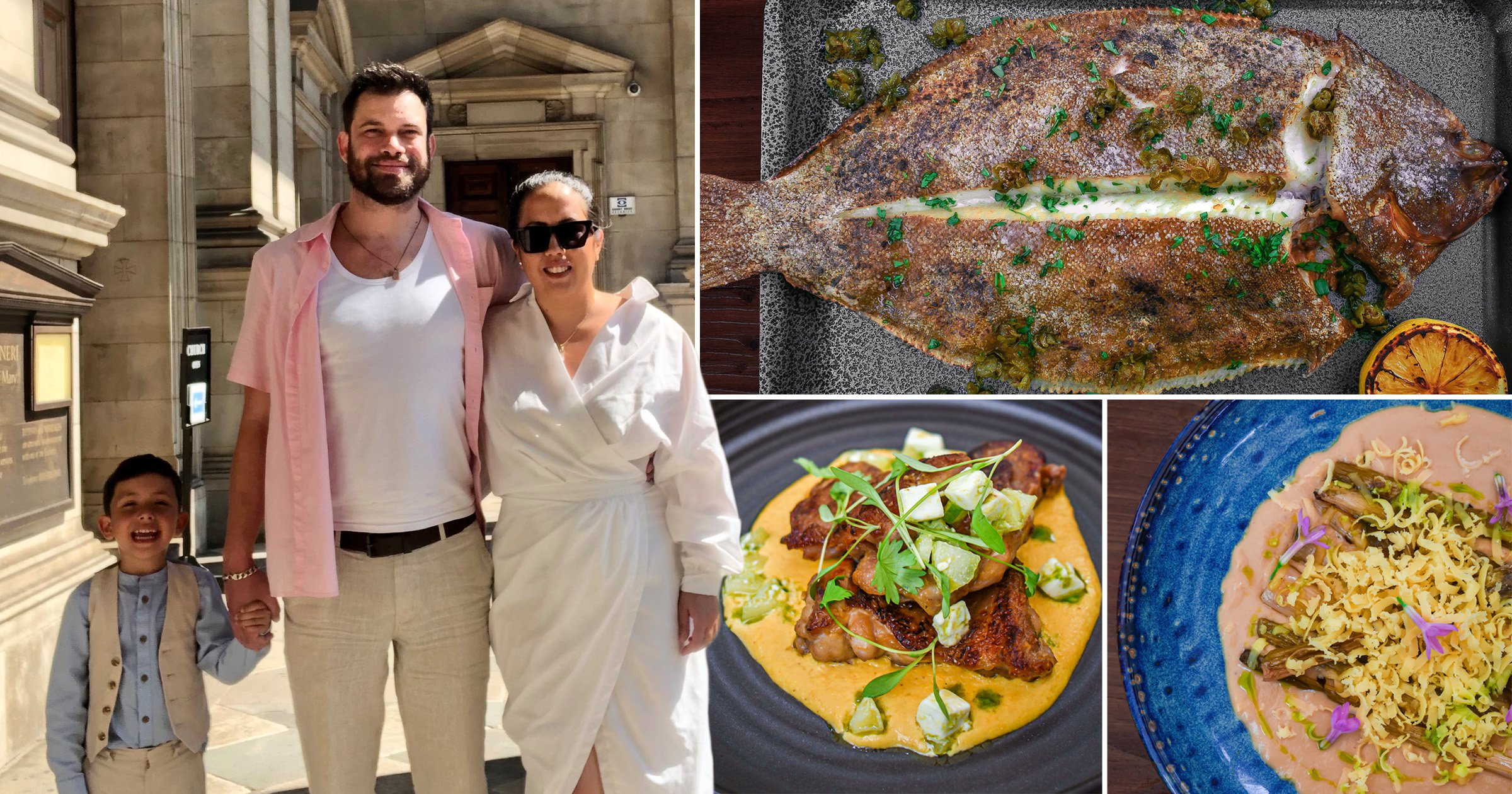 The pandemic has been difficult for the hospitality sector, but one duo has defied the odds and launched their first restaurant partnership – after an incredibly challenging year.

Milly Foley and John O’Connor are not your average couple – they are also business partners who met while they were living in London.

After both working in the capital’s nightlife scene – Milly managing restaurants and nightclubs and John as a professional chef – the pair decided to move to Windsor after they welcomed a baby son, Salvador, in 2016.

However, they always had big dreams of putting their respective hospitality experience to good use and, one day, opening their very own restaurant.

As part of their grand plan to get things moving, the couple bought a food truck shortly before their move to Windsor – and their business, Test Kitchen, was born.

During the spring and summer months from 2017 to early 2020, Milly and John would run the food truck – with all the ingredients locally sourced from Windsor’s Royal Farms.

This is something Milly says helped Test Kitchen stand out from other competitors.

The 36-year-old tells Metro.co.uk: ‘I think when people see a food truck or van, they expect you to just do hot dogs or frozen burgers – so when customers knew we were supplied by the [Windsor] farms it was a bit like “ok, this might be something different” and the focus is on quality rather than slinging food out as fast as you can.

‘It kind of differentiated us from the usual.’

When the couple parked up the van for winter, John went back to cheffing and Milly decided to launch her own separate venture – Supper Club Windsor.

She ran these supper clubs from her own home – using some of her family’s recipes.

‘That was my own thing to stop me from going absolutely bonkers,’ adds Milly.

‘My mother is Chinese, so I’ve inherited different dishes from her and my aunties in Malaysia – that was the cuisine that I was cooking and there’s nothing else like that around Windsor, so I got a really good reputation through word of mouth.

‘I would just release dates on Facebook and I thought I’d have to put a lot more work into having bookings – but actually they were just flooding in. It was good, it was like having a party in my house once or twice a week.’

After running the food truck and the supper club seasonally for a few years, the Test Kitchen brand soon evolved and Milly and John started catering for private events – which was a better financial move for the couple.

Milly said: ‘The first year of running the food truck was very much practice for us and getting our name out there, so we did a lot of community and open events – where you pitch up somewhere and you don’t know how many you’re feeding. People may come and eat or they may not – and that’s risky.

‘So we did that to get our name and the brand out there, but after the first year, it’s too risky. It’s not the best way to make money or the most efficient way, so we stopped doing those events and we started doing ones that were private hires. So you might hire us for your wedding and pay us for 150 people – and there’s no wastage. We only bring what we cook.’

However, when the pandemic suddenly struck, Test Kitchen’s bookings disappeared and Milly and John were left wondering how they would support their family.

She said: ‘When we first got the inkling of Covid, and what it meant for everyone, it was serious quick thinking.

‘We needed to keep our business alive, but on a basic level, we had to just keep our family alive.’

The couple got to work operating a food pick-up service from their own home in lockdown.

She said: ‘We would have had no income – restaurants were closed. So I made this plan to switch to a home kitchen, so straight away I got in touch with Environmental Health and got our home kitchen registered.

‘We kind of operated as a home kitchen restaurant, so still did it in the normal food-trucky style. But as opposed to going out a few times a week and feeding 300 people, we were having to do services every night in our kitchen, like proper restaurant services – about 5-9pm.

‘We’d change the menu every day and people would come and collect. I would give everyone their own booking slots.’

Not only this, but they also launched their own cook-a-long Zoom sessions every Saturday.

Milly and John would prepare food kits for people to buy and then host a live session, teaching attendees how to cook the recipe.

She added: ‘We would go on Zoom at 6pm and have pre-drinks. Sometimes we’d make cocktails and involve different small businesses, and do various things – cocktail masterclasses or whatever – and then we would have this super long, messy kitchen party where we are all cooking the kit.

‘So we would teach them how to cook a dish and by the end, everyone would pretty much be plastered, dancing to the kitchen disco lights and eating a meal really sloppily.’

Milly also gave the food truck away when the pandemic hit – in the hope that it would push her out of her comfort zone.

She said: ‘I felt mentally like it was holding me back a little bit, as it was an option to always use it. So I thought if I get rid of it, and give it away as a good dead, then it’s not there anymore – it’s not an option and it will help me to get to the next step and reach the next goal, rather than having a safety net.’

The move almost certainly paid off, and Test Kitchen has gone from strength to strength since last year. After lockdown ended, Honest Burger asked to collaborate with the business and even put a Test Kitchen burger on the menu at their Windsor branch.

What’s more, a restaurant opportunity arose for Milly and John.

The Lumley family, who own various leisure experiences in Windsor, decided to partner with the couple, and asked them to head up a new outdoor restaurant called Patch on the Plaza.

Milly said: ‘We are working together with them on the restaurant, so it’s not quite our own, but we have designed the menu, using our own suppliers, and are operating all aspects of the kitchen so it’s a really good bridge – we are going to learn a lot from this experience.’

The restaurant is now open to guests serving locally-sourced sharing plates in the evening, with food truck classics available at lunch.

Some of these dishes include corn-fed chicken thighs with a spiced sweetcorn purée, heritage tomatoes with salmon roe and marinated white anchovies.

Milly adds that her and John still plan to open their very own restaurant one day and will use everything they’ve learned over the past few years.

Her advice for anyone thinking of launching their own food business or restaurant is to just get stuck in.

She adds: ‘You can have all the advice in the world, but actually you need to just feel it out yourself.

‘Also, keeping the passion is key. Running a food truck sounds very fun, and it definitely can be, but a lot of the time it’s pure hard graft and manual labour. We were often asked to make dishes that weren’t exciting to us and sparked zero creativity, so we refused.

‘This might’ve meant a few lost sales at the start, but we soon realised that they weren’t our customer anyway.

‘By cooking the food we love, we kept our passion alive and our true customers stuck with us for it.’