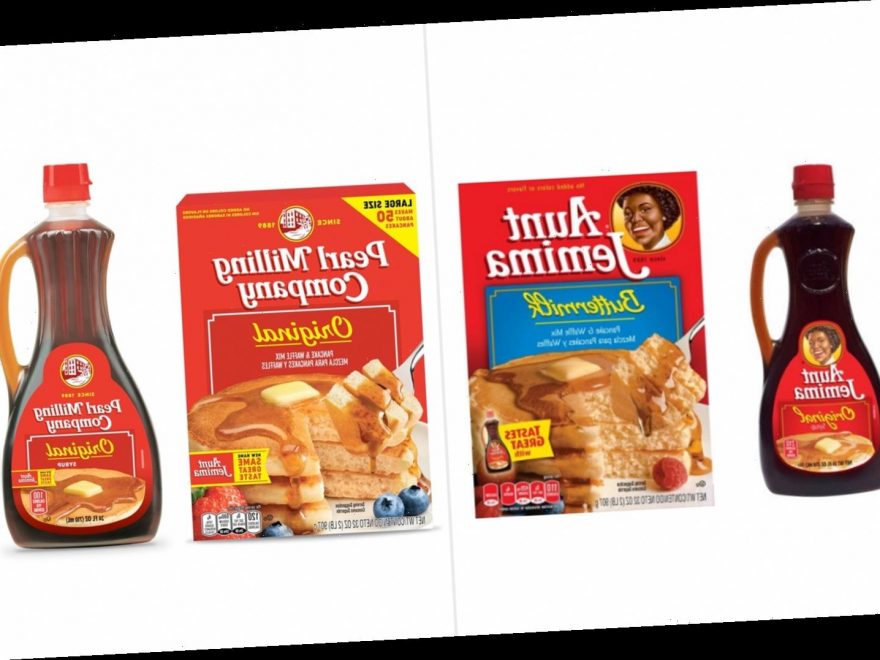 The brand was created by Pearl Milling Company, which is now the name of the breakfast favorite, the parent company PepsiCo announced on Tuesday.

The new reveal comes months after Pearl Milling Company announced in June that they were making changes to the logo which drew inspiration from the song "Old Aunt Jemima" from a minstrel show in which performers wore blackface.

"We are starting a new day with Pearl Milling Company," a PepsiCo spokesperson told CNN. "A new day rooted in the brand's historic beginnings and its mission to create moments that matter at the breakfast table." The new logo replaces Aunt Jemima's image with a watermill used to grow flour. The packaging still follows the red, white and yellow color scheme so that it is recognizable to consumers.

"This name is a nod to where our delicious products began before becoming a family-favorite breakfast staple," the spokesperson said.

They added, "While the Aunt Jemima brand was updated over the years in a manner intended to remove racial stereotypes, it has not progressed enough to appropriately reflect the dignity, respect and warmth that we stand for today." PepsiCo also revealed that they consulted with "consumers, employees, external cultural and subject-matter experts, and diverse agency partners to gather broad perspectives and ensure the new brand was developed with inclusivity in mind."

In June 2020, Aunt Jemima acknowledged "our origins were based on a racial stereotype."

"While work has been done over the years to evolve our brand in a manner intended to be appropriate and respectful, we realize that those changes are not enough," they said before announcing the brand was going to get rid of the Aunt Jemima caricature.

Until the name change and new logo hits shelves, products are available without the caricature on labels.

Additionally, PepsiCo announced they were committing $400 million over the next five years to "uplift Black business and communities, and increase Black representation at PepsiCo."

PepsiCo. did not immediately respond to PEOPLE's request for comment.