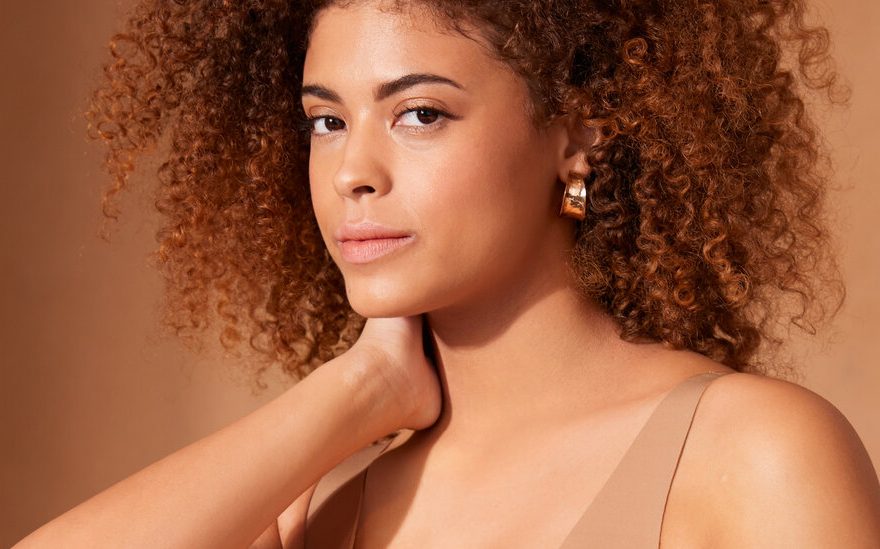 Is there a garment more loved and hated than the bra? Last year, as lockdown wore on, the often controversial underthing (except when it’s also an outerthing) set in motion a barrage of tweets on the discomfort many women suffer only for the sake of others.

“If I wear a bra all day to make sure men don’t get distracted by my nipples, you can wear a mask so that we can end a national pandemic,” tweeted the Bravo star Hannah Berner. Women discovered they could at least escape confinement of the bra-wearing kind. (“I’ve worn a mask more often than I’ve worn a bra,” was a much shared sentiment.) The Miami Herald declared the bra canceled.

Well, not just yet. It’s unlikely the pandemic has changed anything fundamental about the judgment of women, particularly those with larger chests, who go braless in public. And even as many women have stayed home, theoretically reveling in bralessness, sales of bras actually rose 1 percent in the last six months of last year, according to figures from the market research firm NPD Group. This while total women’s apparel fell 19 percent.

“The truth is, women are still wearing bras,” said Todd Mick, NPD’s innerwear analyst. They are just wearing very different ones, like wireless (sales in the second half of 2020 were up 14 percent over 2019) and pullover (up 31 percent). In January 2021, a D.I.Y. bralette challenge swept TikTok, where tutorials demonstrating how to pare padded, structured bras into liberating wisps of lace, racked up millions of views.

And, at the other end of the comfort and utility spectrum, women are buying racy bras with open cups, which Jennifer Zuccarini, the founder of the luxury lingerie line Fleur du Mal, said the company couldn’t keep in stock. (Mr. Mick said he had noted the rise in provocative purchases, which he described as a “self-care moment,” but NPD can’t quantify sales in sexy. “It’s too subjective,” he said.)

“We’re seeing a lot of overlap about the way women used to talk about the corset and the way we talk about the bra now,” said Colleen Hill, the curator of costume and accessories at the Museum of the Fashion Institute of Technology.

The trend toward wireless and other more forgiving bras wasn’t created by the pandemic, only accelerated by it, Ms. Hill said. Modern wire-free bras are more than 50 years old — one of the first was a nylon “no bra” bra in 1964 — but Ms. Hill noticed a real shift in adoption some six years ago, when she organized “A History of Lingerie,” an F.I.T. exhibition in 2014.

That year, advertising for Aerie, American Eagle’s lingerie brand, created a sensation with its unretouched photos of models, offering an alternative to the pushed-up perfection of Victoria’s Secret. Companies like Knix, which sell soft cup bras exclusively, were springing up, while other brands began ditching wires and leaning hard into bralettes, which typically offer coverage but no support. For the debut of Rihanna’s Savage x Fenty line in 2018, the singer requested more soft cup styles, said Chloé Julian, the brand’s former designer.

“Rihanna champions a real natural shape,” said Ms. Julian, who in September introduced Videris, her own line of wireless-only bras designed to support both chest and mood. (Using principles from color therapy, you’d choose her deep amethyst bra to boost imagination.) Ms. Julian, who has designed lingerie for Stella McCartney and Agent Provocateur, stopped wearing underwire in 2014, when she was pregnant with her son, then couldn’t face being so constricted again.

“There’s been this unwritten rule that our breasts need to be strapped up and held up, and we have to pretend we don’t have nipples,” she said. “And we’re starting to question that.”

Despite — and because of — bras’ lack of material, they are complicated to make. They can have 18 to 20 parts, and these days a range can include more than 80 sizes, where an eighth of an inch of material can make the difference between a punishing fit and a perfect one. Development of a new style can take two to three years, which means much of what will be appearing this year and next is down to forecasting, not lessons of lockdown.

Many companies are racing ahead with plans to expand sizes, especially because the market for larger cups is still underserved — and because many of these customers wouldn’t be physically comfortable going braless no matter how acceptable it becomes.

“Everyone wants to get on the wireless train,” said Joanna Griffiths, the chief executive of Knix, who said that sales were up 100 percent in January compared to the same month in 2020. The company recently rolled out H cups and size 44 bands; 70 percent of its wireless bras are a D cup or higher.

“It used to be aspirational to be skinny and rich,” Ms. Griffiths said of the more relaxed bra styles. “Now what’s aspirational is liking yourself and liking who you are.”

Cosabella, the 37-year-old Italian lingerie company, has also been expanding its sizing. The company went big on bralettes about two years ago, producing them in a dizzying range of styles (racerbacks, plunge, bandeau) in an effort to convince customers they needed more than one type. The move paid off during the pandemic, when bralettes became 50 percent of the company business, said Guido Campello, Cosabella’s chief executive. The company also grew 30 percent in 2020, he said.

Cosabella recently introduced a style tested on an Olympic swimmer, with wider band sizes and smaller cups, which had proved surprisingly tricky to make, Mr. Campello said. The company has also worked hard to convince anyone with a chest above a size double D that she, too, can wear bralettes -— as long as there’s power mesh support.

Later this year, the company is hoping to bring new customers to the bralette fold by introducing the style in a gender-fluid line.

Bralettes, of course, are particularly appealing to lingerie companies because they’re so much easier to size than “finicky” bras, said Cora Harrington, the founder and editor of the The Lingerie Addict. “And customers aren’t expecting the same fit as a bra,” she said. “It’s a way to decrease manufacturing costs and increase profits.” (Ms. Harrington has also gone braless for much of the last year. When she has worn a bra, it has usually been wireless.)

At Aerie, boy-brief underwear has long been the brand’s lipstick —- the gateway to its other products. But bralettes and easy little pull-on bras may someday eclipse the underwear. Aerie has seen double digit revenue growth for 25 consecutive quarters, said Jennifer Foyle, the global brand president, with “nice increases in bras.”

“It’s a movement, and we are pioneers,” Ms. Foyle said of the bralette shift, which the company has been promoting since 2014. “It’s less about perky and more about being comfortable. Women don’t want to be harnessed anymore.” (Of the brand’s 15- to 21-year-old customers, she said: “We focus on the 21-year-old because all 15-year-olds want to be 21.”)

For companies like Aerie and Knix, sports bras have been another pandemic hit, especially hybrids without too much compression that are designed to go from Zoom calls to Zoom yoga. (Cosabella will release its first sports bra in 2022.) But women are wearing even heavier compression ones as go-to all-day bras, thinking a quick workout is likelier to happen if they’re already dressed for it.

Will this continue? Lululemon certainly hopes so.

“I don’t think women are going to want to go back to wearing their regular everyday bras,” said Sun Choe, the company’s chief product officer. Ms. Choe suggested the pandemic — and the rise of pandemic-safe solo exercise — will make Lululemon look at expanding beyond its core assortment of clothes for running, training and yoga to activities like golf and hiking.

Danielle Hayden, 32, a writer in Bothell, Wash., has gone braless during the pandemic about 90 percent of the time, though not boldly. “I have my coat on,” she said.

Post-pandemic, she can see herself ditching the bra with a dark sundress or a loose tank, but not, say, a white T-shirt “because of the assumptions that people make about people with breasts who do that.”

If she’s actually going to wear a bra, “then I want it to look really good,” she said. “Either I wear none or wear one that really makes the girls stand up.”