FROM the 'eagle' to the 'butter churner', Love Island has a way of making certain sex positions very famous.

This year's series may have already found its bedroom favourite in the form of the 'scissors'. 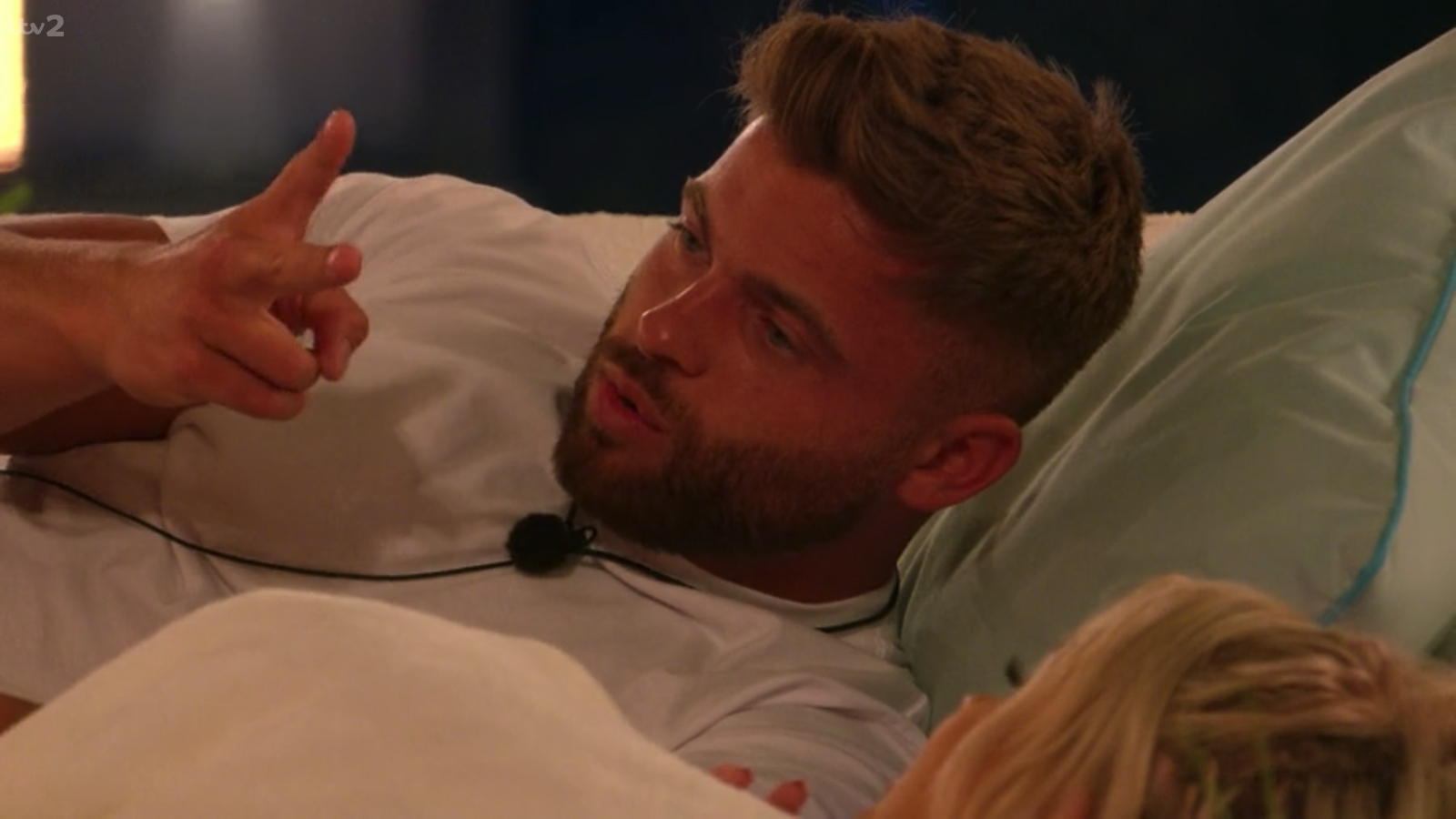 While lounging in the villa's outside area on last night's episode, Jake Cornish, 24, and Liberty Poole, 21, discussed their go-to intimate moves.

After the waitress revealed "doggy's my favourite", the water engineer – who she is coupled up with – said he is a fan of "the scissors".

A confused Liberty asked if it involved the woman with her "legs out, on the shoulders".

Jake then explained, using his hands to demonstrate, that it was like a pair of scissors intertwining. 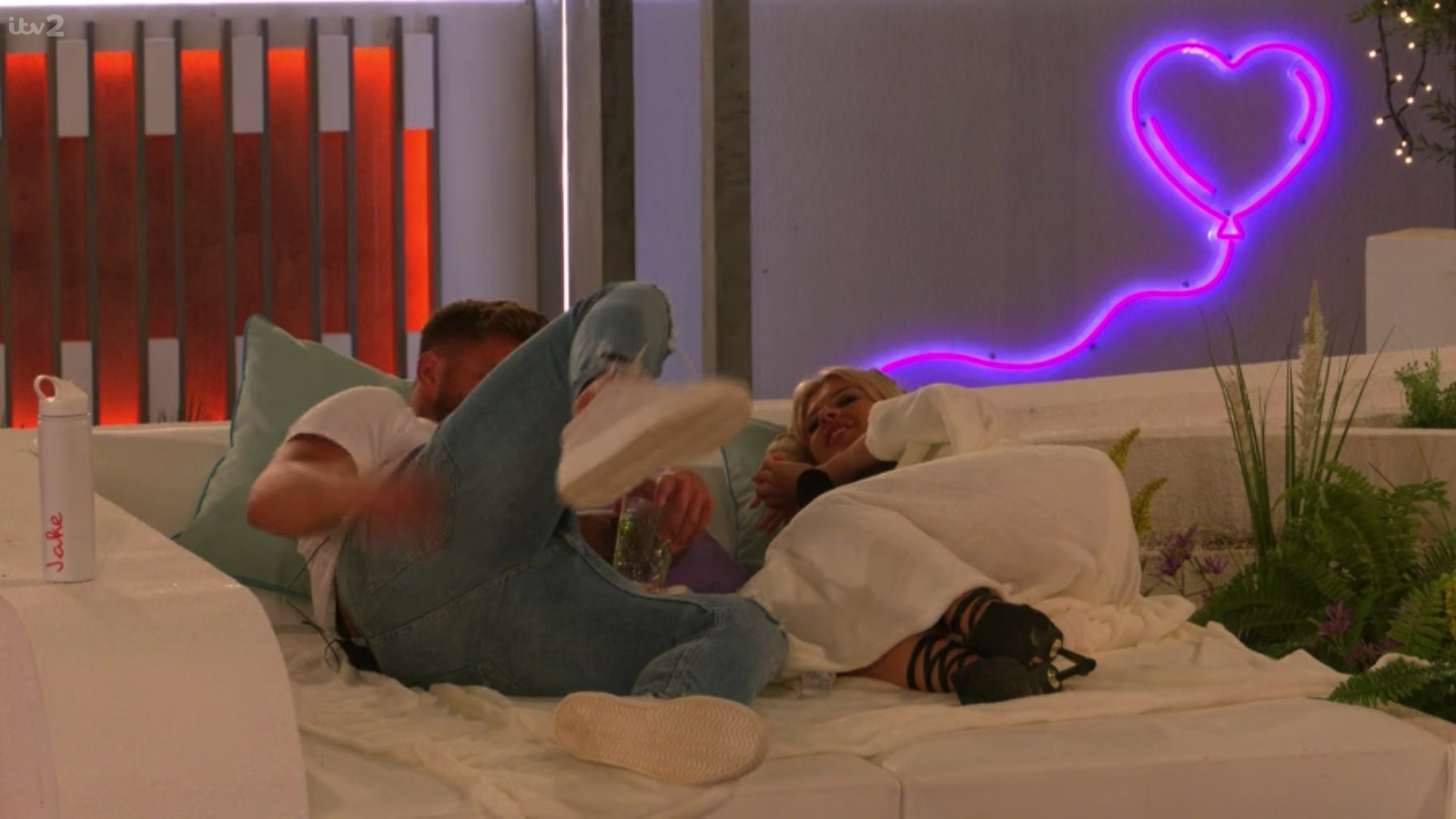 Gesturing around his lower half, he said: "You're in between. So, leg there, and leg there."

Indeed, it involves both you and your partner lying on your sides and meeting in the middle, like two pairs of open scissors coming together.

According to Women's Health, you'll be on a fast-track to climaxing because it forces you to engage different leg muscles to usual.

However, Liberty admitted: "I can't lie I haven't done that one before." 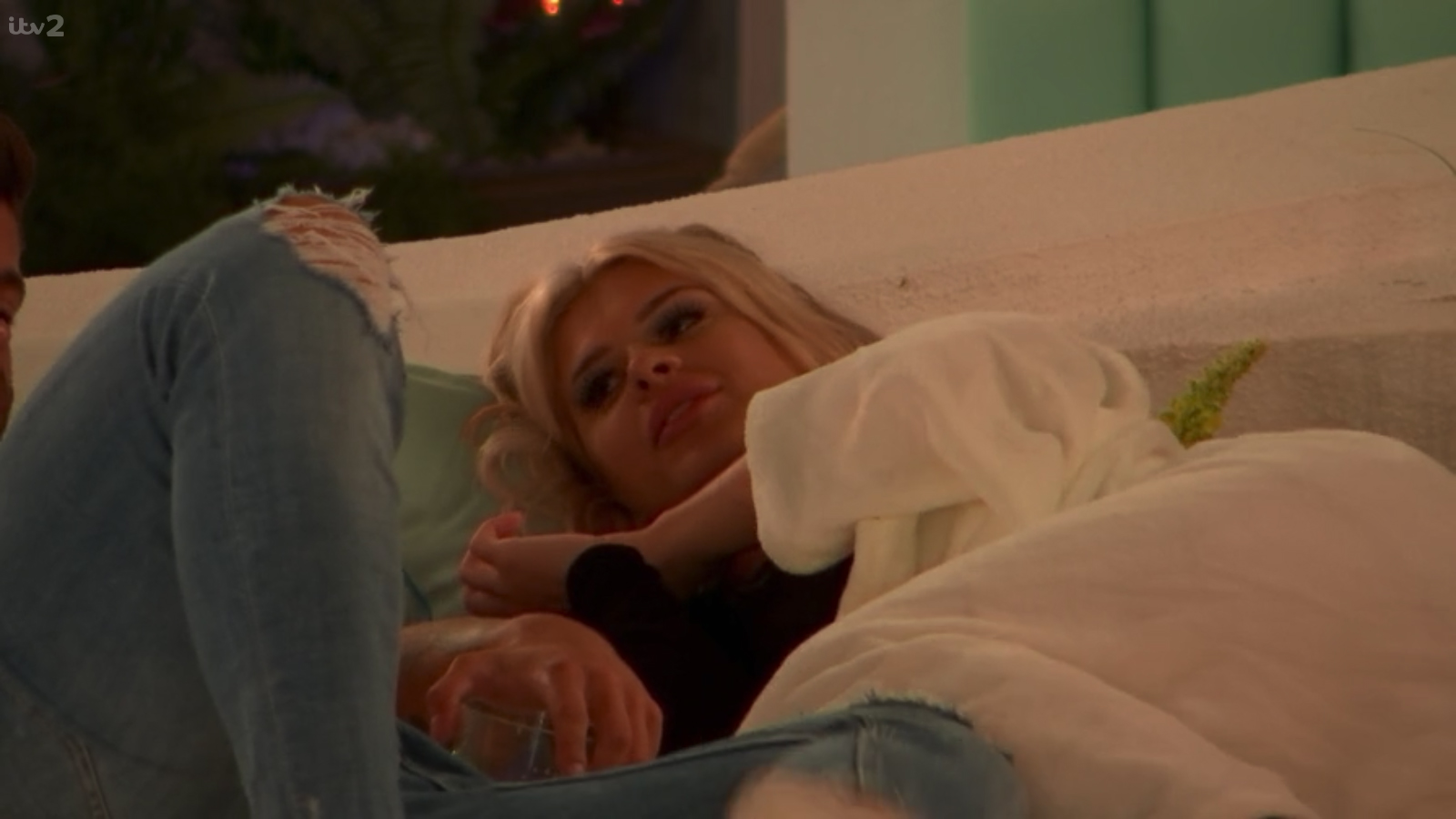 Jake, in a flirty manner, replied: "Wow – there's a first for everything, y'know."

His revelation garnered a mixed response from viewers on Twitter.

One woman wrote: "Omg please ur favourite sex position is NOT the scissors. Very impractical and provides no longevity."

Another commented: "So we not gonna discuss how a grown man said his favourite sex position is scissors? What kind of fairy reply is that."

Referring to his foot fetish, another shared: "Is Jake’s favourite sex position the scissors because he gets to be closer to the girls feet?"

In other relationships news, we told you how a sexpert has claimed that men don't know how to please women sexually.

We also revealed how the 'locked down' sex position promises to help you hit the G-spot every time.

And a woman gave her man sex homework to boost their love life.