WASHINGTON — Something surreal was happening on the Potomac one recent night. A big white tent erected outside the Kennedy Center seemed to be a portal back in time.

Underneath it, young men clamored to have their picture taken with Paul Ryan. White House aides worked a tuxedoed crowd. Ballerinas twirled before a Supreme Court justice and a glut of foreign dignitaries. No one talked about tweets, F.B.I. investigations or impeachments. There was hardly a mask in sight.

It was as if this last year of Covid-19, barbed wire and insurrection had simply been one bad trip. Had Proud Boys really marched in the streets? Had St. John’s Church been torched? Had the seat of government actually been set upon by a horned rabble? Yes, it had, and now the nation’s capital would like to spit out the taste of tear gas and pick up a champagne flute.

“You had to have a moment each day where you would wake up thinking the world was going to end,” said Senator Mark Warner, Democrat of Virginia.

Washington, he said, is ready for “a little bit of sanity.”

Mr. Warner was a co-chair of this black tie benefit supporting the Washington Ballet. Dancers performed the grand pas de deux from the third act of “Don Quixote” while the society set got its sea legs. Wasn’t the senator dispirited to have to suit back up and press the moneyed flesh? “If I was bummed,” he said, “I’d be in the wrong business.” 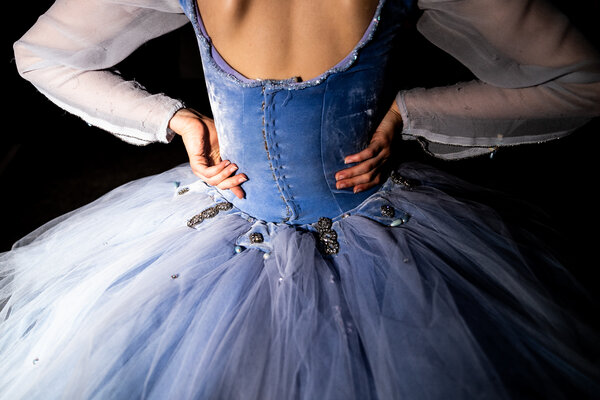 After posing for photographers, the Fox News anchor Bret Baier said: “This is a little surreal, to go from nothing to everything. But it feels really good. It feels like Washington is back.”

Like a grizzly waking from hibernation, the ruling class is coming out of this thing with an appetite. After inboxes across town were hit with an email blast from the D.C. impresario Tammy Haddad touting the reopening of lunch at Cafe Milano, bureaucrats and media folk flocked to the gaudy Georgetown restaurant where one goes to be seen. (Cindy McCain, expected to be nominated soon by President Biden to a plum ambassadorship in Europe, was spotted there on Day 1; the MSNBC anchor Stephanie Ruhle was there the next day.)

The restaurant’s owner, Franco Nuschese, has also been turning over his nearby villa and its three acres to Juleanna Glover, the consultant and mogul whisperer, for a series of large dinner parties. Among Russian olive bushes and Italianate columns, elites who gnawed on Wagyu beef and lobster salad there, at various times earlier this month, included Suzanne Clark, the leader of the U.S. Chamber of Commerce; Kewsong Lee, the chief executive of the Carlyle Group; Representative Debbie Dingell of Michigan; and Norah O’Donnell, the CBS news anchor.

As the establishment returns to its playground — some would say swamp — the contours of the new Washington are beginning to take shape.

Airing Out the Gilded Cages

Washington society has supposedly been dying for half a century now. Truth is, the place has suffered a stiff image problem since at least 1933, when Jean Harlow, in “Dinner at Eight,” balked at the prospect of being dragged “down to that graveyard” as a cabinet member’s wife, doomed to roll Easter eggs on the White House lawn with “a lot of sour-faced frumps with last year’s clothes on.”

And yet, spirits were high and the company stylish one night earlier this month at the stately Kalorama home of Justin B. Smith, the chief executive of Bloomberg Media Group. He was hosting the first good D.C. media party of the summer.

The journalists who gathered for sea scallops and lamb toast included the editor of The Atlantic, Jeffrey Goldberg; the Washington Post columnist Jonathan Capehart; Jonathan Swan, of Axios; and Abby Phillip, of CNN. Also, the actress Uma Thurman, who is dating Mr. Smith.

Ms. Thurman likes D.C. “I welcomed and was spiritually fascinated by the cicada that just crawled across my finger,” she said, holding a flute of pink pétillant naturel.

She has battled Batman, been shot full of rock salt and buried alive — at least, in character — but has she ever seen anything as disturbing as 25 reporters in one place attempting to socialize? “Actually, I’m a news lover, I really appreciate people like Kaitlan,” she said, referring to the CNN correspondent Kaitlan Collins, also in attendance.

Just down the block, the French ambassador, Philippe Étienne, is also shining his shoes for the Biden years. “It’s not for nothing that we are lucky enough to have this beautiful residence,” he said over breakfast one morning at the French Ambassador’s residence, flanked by seven oil paintings from Versailles, depicting cherubs and goddesses.

Mr. Étienne was sitting in a room where Charles de Gaulle once clinked glasses with President Eisenhower. “It would be a crime, it would be a professional mistake,” he said, to not put the residence to good use.

He has been cooped up in this gilded cage for a year, reading novels by Philip Roth and John Steinbeck in attempts to understand his American surroundings. But the Dust Bowl has little to do with diplomacy, a contact sport.

So, next month he will host a number of events around Bastille Day, featuring a V.I.P.: the Statue of Liberty’s “little sister,” a bronze Lady Liberty standing nine feet tall, made from the original 1878 plaster model used by Frédéric-Auguste Bartholdi to sculpt and scale the Statue of Liberty.

After a nine-day Atlantic crossing and a period of display in New York, this bronze original, one-sixteenth the size of her sister, will alight on the front lawn of the ambassador’s residence.

“French and American people are very much attached to their freedom, we want to keep this alive,” Mr. Étienne said, “and the best way to do that is to do positive things together in the world.”

It’s a good time to be a European in Washington. President Biden, an arch-Atlanticist, was touching down in Britain that morning to try to put the genie unleashed by his isolationist predecessor back into the bottle, and both of Mr. Étienne’s phones were ringing all through breakfast.

Still, once the president returns, it may be a challenge to get him or his top advisers out for a good time, even for the French. The capital is like a solar system. All planets revolve around the sun, and for the last several administrations, the sun didn’t come out. Mr. Trump never went anywhere but his hotel.

Mr. Biden never lived in Washington during his 36 years as senator, and though he moved to town when he became vice president, he was hardly a party animal. In the past, when dropping in on the occasional shindig, the teetotaling yet logorrheic Mr. Biden has generated news — as when he gaggled with reporters at a 2018 party given by the Irish Ambassador and spoke frankly about the Brett Kavanaugh confirmation battle and his regrets over the Clarence Thomas-Anita Hill hearings in 1991.

More recently, he and Vice President Kamala Harris stopped for a surprise lunch at Le Diplomate, this town’s answer to Balthazar, sans the Page Six beef.

But the “Man in the Basement” image that Mr. Biden took on during his belt-and-suspenders campaign endures. Like a German shepherd running into an electric fence, Mr. Biden cuts himself off whenever he begins to hold forth too long. “I’m going to get in trouble with my staff,” he said in one such moment while speaking overseas this week.

Even without the president, parties here can still pop, as long as someone show up who commands his ear in the White House. That used to mean Kellyanne Conway or Ivanka Trump. Now, it’s top advisers like Steve Ricchetti and Mike Donilon. But both men keep a low profile; Mr. Donilon has been described by David Axelrod as having “the disposition of a parish priest.”

For others in Mr. Biden’s inner circle, like his chief of staff Ron Klain, there’s a “been there, done that” mentality, as described by Sally Quinn in her establishment post-mortem in the Washington Post magazine last month. Also, the administration wishes to project an all-work-and-no-play image as it tries to steer the nation out of crisis.

If there’s one person who may be able to lure the charismatic megafauna, it’s Karen Pierce, the British ambassador. Ms. Pierce, a sparkplug who has sparred with the Russians before the U.N. Security Council while wearing a feather boa and leather blazer, is ready to party. As she recently told British Vogue, if it weren’t for the pandemic, “I would have thrown one a day.”

She’s been hamstrung by more than the pandemic. The British Embassy has been undergoing renovation since 2019. It’s a palatial Edwin Lutyens-designed estate where an Andy Warhol portrait of Queen Elizabeth hangs and where the Beatles once partied. (John Lennon described to Jann Wenner being “touched and pawed” at “the British Embassy in Washington here or wherever it was when some bloody animal cut Ringo’s hair. I walked out of that swearing at all of them.”)

When Ms. Pierce regains full use of the embassy — the hope is that it will be ready in time for this year’s holiday parties — it will be like James Bond getting back the keys to his Aston Martin.

Meantime, she has gotten by with small garden parties at the ambassador’s residence nearby. One such soiree was given recently for the British director Simon Godwin, whose new film version of “Romeo and Juliet” is being lauded by critics.

Ms. Pierce was rocking periwinkle pumps and directed guests, including the writer and royal expert Sally Bedell Smith, Sharon Rockefeller and Jane Harman, toward the bar for Pimm’s cups. Mr. Godwin’s film played on a projector screen outside, and tea candles floated in a swimming pool.

As Mercutio started up with the sonnets, the prominent Washington lawyer Abbe Lowell (past clients: Jared Kushner, John Edwards, President Bill Clinton) leaned back in his chair and remarked, “The nice thing about coming out tonight was that I could test whether my suit still fit.” It did.