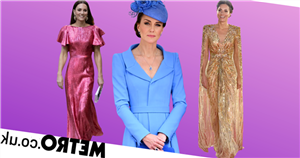 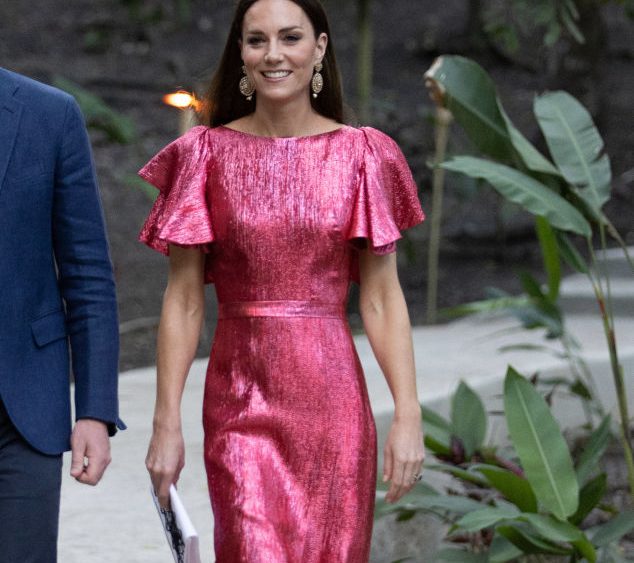 Kate Middleton is the newly appointed Princess of Wales, but she earned the title of fashion icon long ago.

The former Duchess of Cambridge has worn countless pieces over the years that have sold out immediately online with buyers hoping to emulate her looks – this is known as the ‘Kate effect’.

It all started when fans of the royal clocked her fondness for LK Bennett footwear, with the brand’s nude Sledge pumps selling out in a matter of minutes.

In terms of her signature style, Kate is a fan of tailored dress coats and feminine floral prints. She rarely strays from dress codes, but often adds intrigue in the form of sparkly embellishments and bright hues.

Here are our top looks from Kate in the recent years – from gorgeous gowns to casual cuts.

Kate wore this gorgeous powder blue coat dress for The Order of The Garter service in June this year.

The matching fascinator hat was from Juliette Botterill Millinery and retails for £560.

The colour complimented her beautifully, and she accessorised with a tonal scallop clutch and sapphire jewellery.

The Princess of Wales’ timeless elegance shone through with this off-the-shoulder monochrome dress.

Kate wore the figure-hugging number from Roland Mouret to the Top Gun premiere, paired with a simple black clutch and star-drop earrings.

The gown retails for £2,700, and Kate accompanied the look with sleek and simple hair and black heels.

This outfit made Kate look as if she walked straight out of ‘My Fair Lady’ as she attended the Royal Ascot races.

The gorgeous polka-dot midi dress was paired with tan accessories and a perfect up-do.

London-based designer Alessandra Rich, who’s reportedly one of the Princess of Wales’ favourites, was responsible for the summery ensemble, which was compared to Julia Roberts’ elegant race day dress in Pretty Woman.

A more casual and wearable look from the former Duchess of Cambridge came in the form of this white short and nautical knit combo.

Kate fittingly wore this to visit the Great Britain SailGP Team, before changing into some slightly less glamorous sports gear.

The shorts were from Holland Cooper while the cashmere jumper was from Erdem.

Every woman’s wardrobe should have a power suit, and Kate nailed this all white get-up while visiting Waterloo station alongside Floella Benjamin.

The look is very easy to recreate, with countless designers selling a classic white suit as well as high street brands… just make sure to avoid red wine or messy foods if you don’t want a right royal stain.

Kate has worn the same or similar versions of this outfit a few times, showing that re-wearing pieces is always trendy.

It’s no secret that Kate loves the label Rixo, having worn many of their pieces in the past.

This rust polka dot dress is the perfect transitional piece as we head into autumn – and at £245 it’s one of the more affordable items in her wardrobe.

True to form, Kate modelling the dress on the school run caused the item to sell out online, however it’s due for a re-stock.

Not only did Kate steal the show in this Jenny Packham gown at the No Time To Die premiere, but she also paid homage to the late Princess Diana.

Diana wore a metallic silver dress, similar in style to this one, at the View To Kill premiere in 1985.

Kate’s gown, which she paired with matching shoes and statement earrings, retails for nearly £4000.

Last but by no means least, Kate wore a super casual outfit to visit the Natural History Museum, which couldn’t be easier to recreate.

She donned a pair of cropped & Other Stories straight-leg jeans and a pink Chloe blazer (which has of course sold out) with a simple white t-shirt and trainers.

The former Duchess of Cambridge has proved she can master just about any look – and now she’s the Princess of Wales, we are sure the ‘Kate effect’ will spread even further.