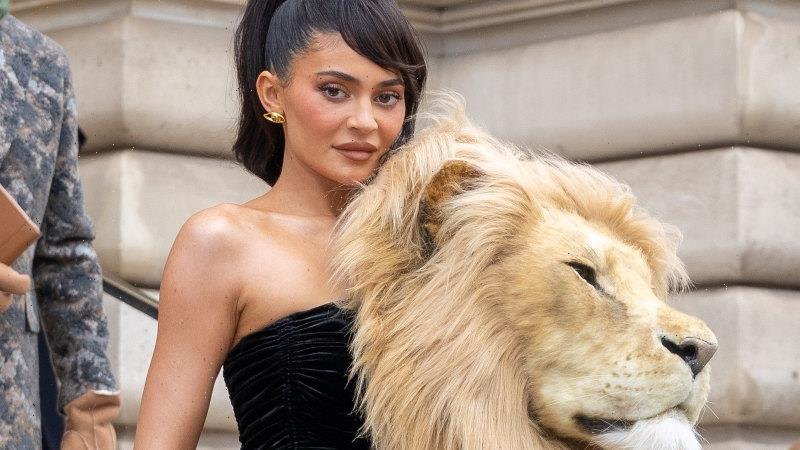 The Kardashian family is fond of borrowing dresses that create controversy. Kim Kardashian caused a stir with Marilyn Monroe’s hand-me-downs at the Met Gala and now little sister Kylie Jenner has launched Gown-gate 2, in a dress from Schiaparelli designer Daniel Roseberry at the haute couture shows in Paris. 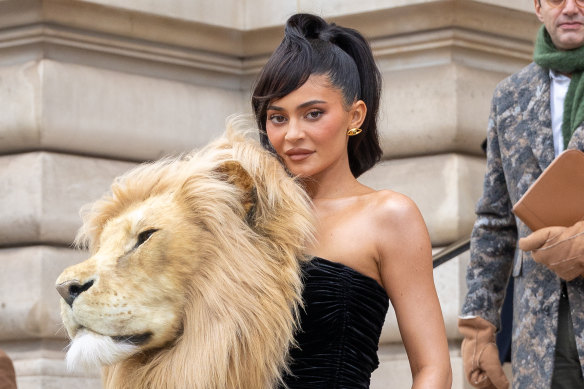 Roseberry was inspired by Dante’s Inferno for the dress, which in a break from fashion protocol also appeared on the runway, worn by Irina Shayk, along with a black wolf coat on Naomi Campbell and Shalom Harlow in a strapless black and white leopard dress.

“This collection is my homage to doubt,” Roseberry wrote in the program. “I wanted to step away from techniques I was comfortable with and understood, to choose instead that dark wood where everything is scary but new.”

It’s also an evolution from Elsa’s deliberately shocking collections, having created a dress featuring a lobster painted by Salvador Dalí on the skirt in 1937 and a sweater adorned with a giant fly in 1952. 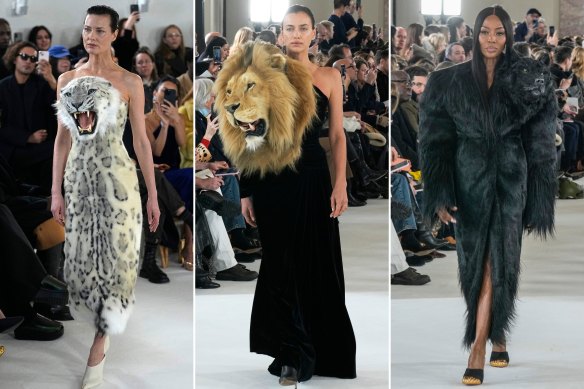 Either way it’s a trend that’s about to happen, like the Kardashian’s nude dresses, nude support garments or nude buttocks, so here’s where to wear it.

Upcoming Donald Trump appearance in South Carolina, January 28
Former US First Lady Melania Trump mastered mixed messages with her wardrobe during her husband Donald’s time in office. There was the Zara jacket with the slogan “I Really Don’t Care, Do U?” worn to a Texan children’s shelter in 2018 and the $US51,000 coat from controversial label Dolce & Gabbana taken to Sicily in 2017.

The fake lion’s head harks back to Donald’s 2018 comments that big-game trophy hunting is a “horror show” while offering stepson Donald Jr tips on how to hang prey from his rifle-happy safari trips. 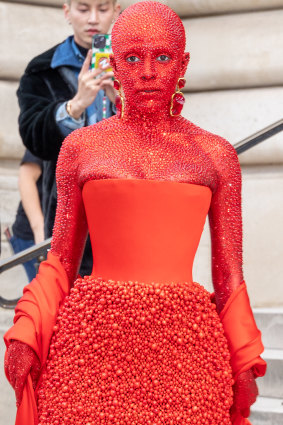 The mane could be used to provide extra volume to Donald’s signature hairstyle in emergencies.

The Wizard of Oz sing-along
Wearing this dress to the theatre takes courage. Expect the person behind you to crunch their Maltesers in disgust as you block their view of flying monkeys, while your neighbour brushes stray mane hairs from their lapels.

Brisbane Lions vs. Port Adelaide, March 16
Splashes of blue, maroon and gold make the Brisbane Lions’ uniform as colourful as a Camilla kaftan, but some fans would appreciate a more subdued palette to show their support. The black gown will placate dour Melbourne supporters with memories like elephants, who remember the club’s Fitzroy origins.

The lifelike head could also be used to give AFLW side’s mascot Aurora a glow-up from the current lioness caricature with a basic pink bow in its mane. Warning: Dry cleaning may not remove all meat pie stains.

Roar and Snore
Want to see the lions at the zoo up close? Really close? This Schiaparelli dress is selfie-bait for family photos.

Pack pyjamas for something more sensible to sleep in, although Campbell’s wolf coat would be more comfortable than sleeping bags or hotel sheets.