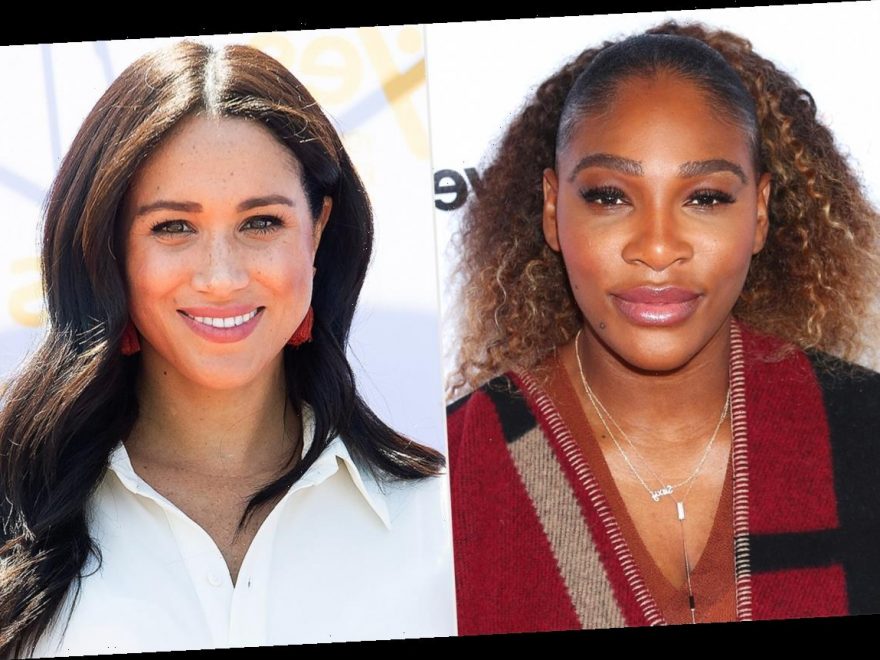 Serena Williams is reflecting on the "strength, confidence and selflessness" of her longtime friend Meghan Markle.

In the debut episode of Stuart Weitzman's Shine Series, which features virtual conversations with inspiring figures about "letting your strength shine through," the global spokeswoman for the brand, 39, opened up about why she chose to publicly support the Duchess of Sussex after her bombshell interview with Oprah Winfrey.

"And I know it's not easy, and you can see from the interview that it wasn't easy. But she had so much poise and she still had so much class," she continued.

During the March 7 interview, Oprah with Meghan and Harry: A CBS Primetime Special, Meghan said she was "silenced" by the institution, adding that she was denied help when she was suffering a mental health crisis and that there were "concerns and conversations about how dark [Archie's] skin might be when he's born" voiced by a member of the royal family. Although they didn't want to name the family member, Oprah told CBS This Morning following her sit-down with the couple that it was not either of Harry's grandparents, Queen Elizabeth or Prince Philip.

Right after the special aired, Williams took to social media to defend her friend's character, a sentiment she continued to echo in the new interview series with Stuart Weitzman.

"I just think that she is the strongest person I know. I don't know anyone else that could handle anything on such a global scale the way that she's had to handle things that are just untrue – minute after minute. Not even day after day. Just minute after minute, another untrue allegation being thrown at her," Williams said. "I think it was important for me to say something because I'm tired of sitting back and seeing all this negativity that's just not true."

The wife and mom also talked about supporting her competitors, despite being brought up in a world that pits women against each other. "I compete against women all the time…we can go tooth and nails, but it doesn't mean we have that we have anything against each other," she said. "I actually support you and I want the best for you."

"I really just hope that I inspire Olympia and the next generation of girls to believe that anything is possible. And, mostly, to believe in themselves," Williams shared. "Bold moves happen every day in all walks of life…you don't have to be a professional tennis player [or an] athlete. It can happen every single day for a lot of people."