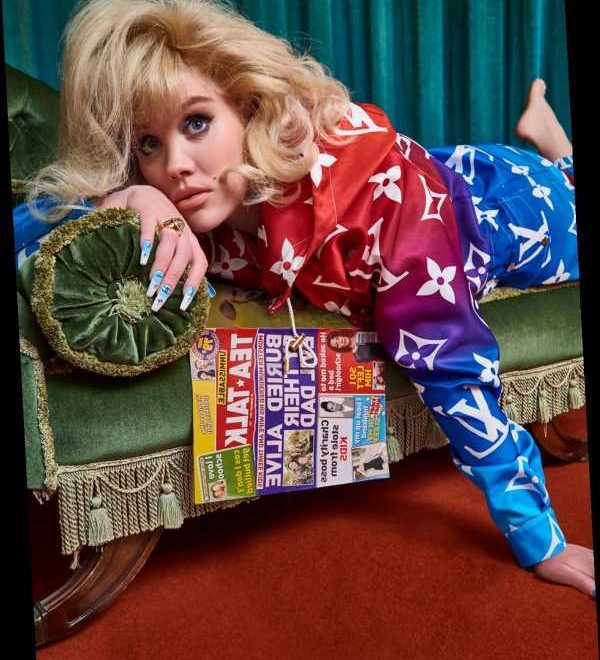 Emerald Fennell did some multitasking!

The Promising Young Woman writer/director, 35, appears on the third and final cover unveiled by W Magazine for the publication's Directors Issue, starring in a self-directed, self-photographed and self-styled photo shoot. For her photo shoot character, Fennell came up with an "eccentric and diabolical" woman who "never had anywhere to go, so she adds on clothes and makeup, and her feelings get crazier and crazier."

"I wanted her to be simultaneously fascinating and frightening: a desperate housewife with nowhere to go; her whole existence has become an occasion to impress the Amazon deliveryman," she says, later adding of the quarantine inspiration, "The idea of haunting your own house is something that I feel we've all been doing lately."

Fennell made history this year along with Nomadland director Chloé Zhao when they were both recognized by the Academy Awards, marking the first time more than one woman has appeared in the best director category at the Oscars, which will be held April 25. The British filmmaker, who also plays a young Camilla Parker Bowles on The Crown, began directing Promising Young Woman when she was seven months pregnant, and she went on to give birth to her son three weeks after the film shoot.

"I was so pregnant and I think that really helped because in general, I care deeply, pathetically what people think about me," she previously told Deadline. "I just chose the worst possible career in every way for that personality trait. The idea of people not liking me and thinking I'm difficult, all those things, is just dreadful to me." "But luckily, when you're carting around a massive baby and you're about to give birth, you don't have the time to be anxious," she continued. "I was like a literal ticking time bomb, which I think gave me this weird power for myself." "Within 24 hours of our first zoom call, Fennell had prepared an incredible mood board with hair, makeup, clothing and props (down to a bejeweled custom cup)," W's editor-in-chief Sara Moonves tells PEOPLE. "Although COVID restrictions kept us from being in the same place (Fennell in London, the W team in New York), Fennell was so incredibly organized and detail oriented we knew we would get incredible images, which we did."

"We had the same experience working separately but together with both the phenomenal Sofia Coppola and Regina King, who directed our other covers for this issue. And on top of that it's been an amazing moment to be working with such inspiring directors, producers, writers and actresses," Moonves adds.