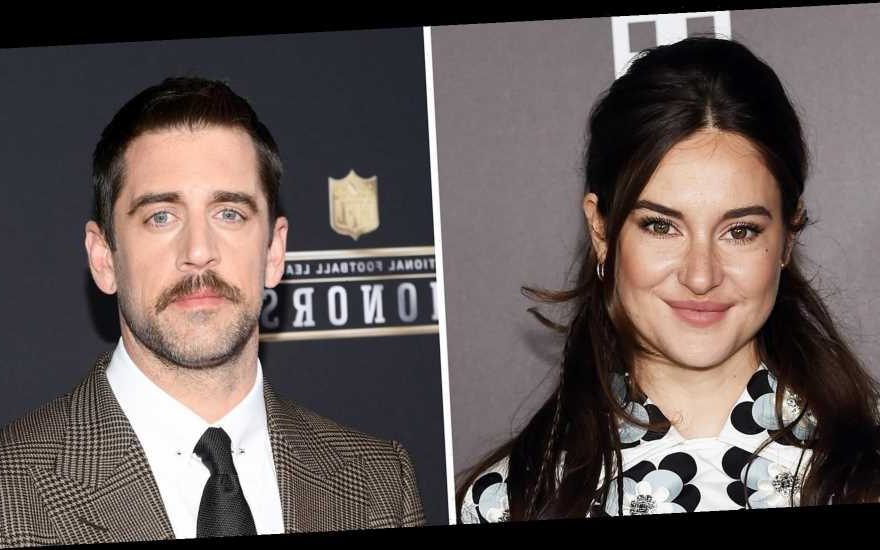 The news of Shailene Woodley and Aaron Rodgers' engagement was a bit of a shock to most of us, given that they had never been publicly photographed in the same vicinity before Rodgers referred to her as his fiancée.

This week, however, the private couple has officially been spotted out together — and even posed for an affectionate photo. On Tuesday, the Best Cafe and Bar in Hot Springs, Ark. shared a photo of the restaurant crew with Woodley and Rodgers, writing, "Our team had the opportunity to cook for @aaronrodgers12 and his crew last night. Grateful for the opportunity."

In the photo, the couple can be seen holding hands as Rodgers rests his right arm over Woodley's shoulder.

The photo follows a public sighting of the pair together for the first time, departing from the Costa Careyes beach town in Jalisco, Mexico, where they appear to have vacationed together after the actress filmed her upcoming movie Misanthrope in Montreal.

In February, just days after rumors circulated that they were dating, Rodgers announced that he was engaged, casually thanking his "fiancée" while accepting the 2020 AP Most Valuable Player award at the NFL Honors. Woodley then confirmed news of her engagement to Rodgers (and showed off her ring) during an appearance on The Tonight Show with Jimmy Fallon, joking, "I never thought I'd be engaged with somebody who threw balls for a living."