In her years in parliament, Julie Bishop garnered a reputation for supporting Australian designers through the clothes she wore, what she dubbed “fashion diplomacy”.

While Bishop tended to prefer high-end designers such as Rachel Gilbert, the late Carla Zampatti and jeweller Margot McKinney, as well international brands such as Giorgio Armani, another, mid-range brand whose dresses mostly sell for less than $300 seems to have quietly cornered the power dressing market in some of the nation’s most influential corridors. 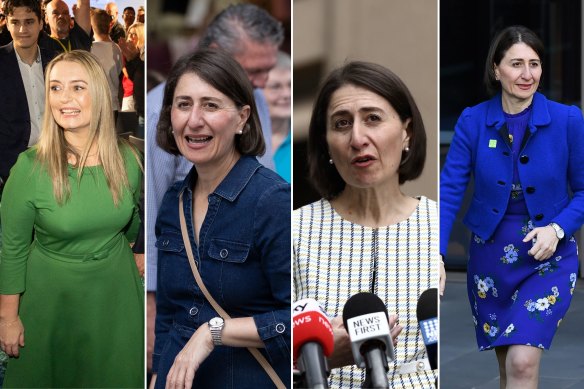 Review, known for its ’50s’-style, full-skirted dress, and feminine, vintage-inspired prints, has earned a reputation over nearly 40 years as a counterpoint to the beige and black palettes favoured by other labels. Among its most famous fans are former NSW premier Gladys Berejiklian and Jodie Haydon, the partner of Prime Minister Anthony Albanese.

General manager Clare Hurley says while the ACT accounts for less than 2 per cent of the Australian population, the nation’s capital is responsible for about 5 per cent of Review sales. Although office-dress standards have relaxed, even in conservative Canberra, “what hasn’t changed is women still want to and are expected to look smart … there’s a level of individuality and self-expression that’s more accepted now.”

Hurley says news reporters as well as bureaucrats and politicians are big customers of the brand, whose pieces mostly retail between $200 and $300. Twenty years ago, Review was better known as a destination to buy a dress for a formal or wedding, but like its customers, the range has evolved more into workwear. 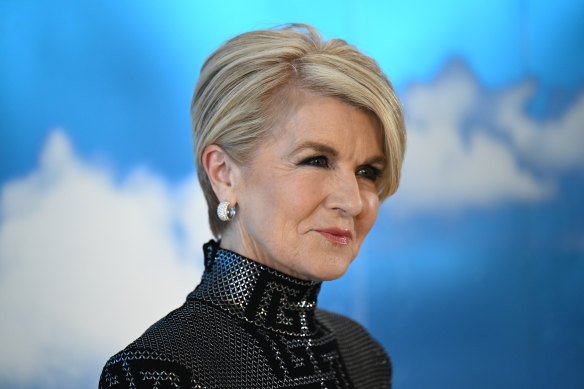 “We know our customer – she’s loyal and has grown up with Review,” Hurley says. “She has aged, we don’t like putting age bands on women, but she’s at a stage in life she is a working professional woman, [and is] more likely to have children.”

Unlike Bishop, Berejiklian was never vocal about her fashion choices while in office, although she is known to own several suits by Anna Thomas, and paid tribute to the designer following her death in 2020.

Hurley says keen-eyed Review fans were often quick to point out on social media when Berejiklian, who now works for telecommunications giant Optus, wore the brand. “We don’t see a significant impact in the sell-through [of garments she wore] but they [customers] just love seeing women who inspire them wearing the same dress as them,” Hurley says.

Hurley says the Review product range has evolved in line with shifting standards of what constitutes acceptable office attire. Denim jackets and T-shirts with a girly Review twist now sit alongside “career dresses”, suiting and knits on the racks (and virtually, on its website).

Channel 10 senior journalist Stela Todorovic says she has noticed a shift in Canberra dress standards, particularly among politicians and their staffers, since her arrival at the press gallery two-and-a-half years ago. 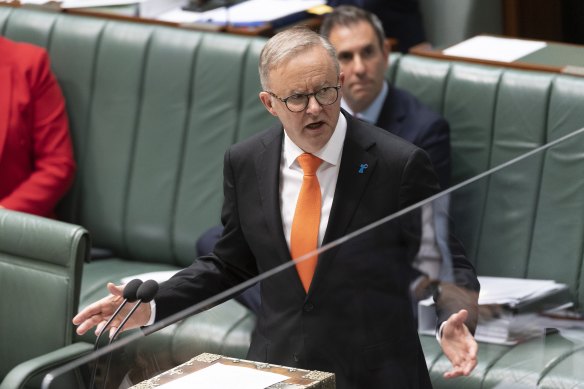 “Women are definitely more comfortable and confident in including touches of their own personal style to their outfits,” Todorovic says. “They’re not as scared of embracing colour or more textured pieces, like leather skirts paired back with blouses, or … slouchy oversized blazers and pants that might be more ‘on trend’ and less what we’d classify as a ‘work’ outfit.”

But that often changes during sitting weeks, when politicians know they’re more likely to end up on TV, she says. “When I think of who does power dressing really well, my mind immediately goes to Labor ministers Anne Aly and Linda Burney. They love their jewellery, colour, prints and patterns … Some other politicians who do it really well are Jane Hume and Michaelia Cash – she’s really mastered the power suit.

“The men are mostly in suits, but we do see some fun ties. The PM definitely has a few of his favourites he likes to wear to press conferences and Parliament. I think the men could take more risks with their power dressing – they’re definitely playing it safe.”