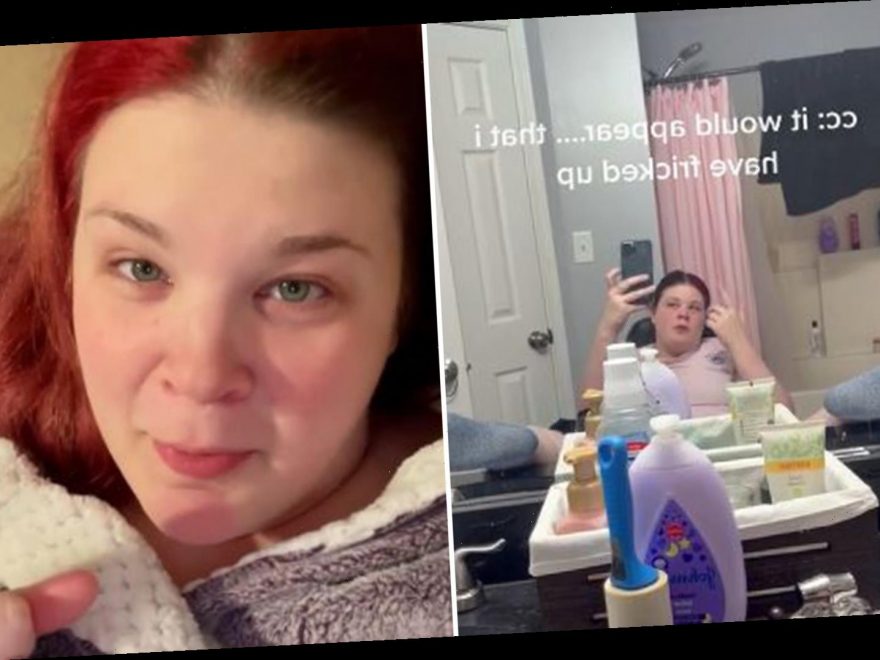 IT’S safe to say most of us have let our grooming regimes lapse over lockdown, and we’ve been forced to do our own hair and nails after some salons shut.

So after reckoning she needed a trim 'down there' as a male ‘friend’ was popping over, a woman decided to give herself a bikini wax. 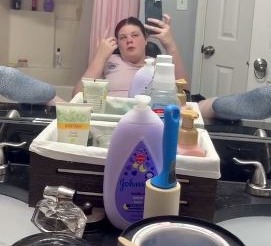 The woman, posting under Madison, revealed it backfired terribly, after she ended up ‘gluing herself together’.

She shared a hilarious clip on TikTok of herself with her legs akimbo, in front of the wax pot, after realising it had gone horribly wrong.

“Because I put wax”, she says gesturing below, “and it stuck, it stuck my lips together. 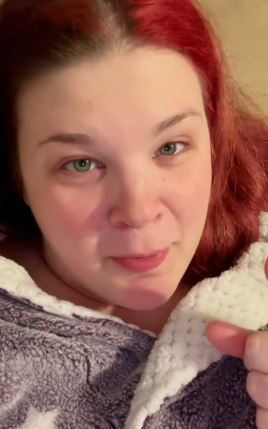 But the situation got even worse, as she revealed her male friend was already on his way over – so she was against the clock.

She said: "My friend just called me and he’s on his way over. And the wax is still on.”

Madison tries to psyche herself up and says: “I’m just going to yank it.” 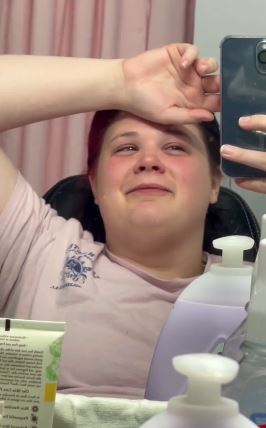 Her clip, which she captioned “I cried for literally three hours yesterday”, racked up nearly ten million views, as people found her blunder hilarious.

One person said: “As an esthetician I am literally dying.”

Another wrote: “Oh no! I feel so bad for you. My heart literally dropped.” 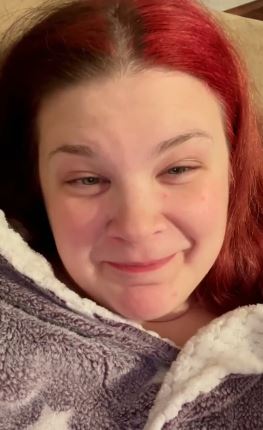 A third thought: “At least it wasn’t Gorilla Glue.”

While someone else admitted: “I did it too! I made my husband pull it. I couldn’t. I’m so sorry you had to go through that on your own.”

This woman wrote: “I just ordered a wax kit. I don’t need to see this right now.”

Madison later confirmed she did get the wax off, with a lot of screaming and some blood.

She said: “I did end up pulling it off. It took a few times. And some tears.

“I took a shower and I shaved the remainder.”

And she confirmed she managed to have a good time with her ‘friend’.

While this woman reveals how to wax your legs with SUGAR while salons are shut, but it’s not for the faint-hearted.

Plus this ‘goth’ gets a makeover to look like a ‘barbie’ – and it’s so extreme even her own SISTER doesn’t recognise her.

And this hairdresser reveals he’s been using Gorilla Glue to stick down extensions for YEARS leaving people horrified.