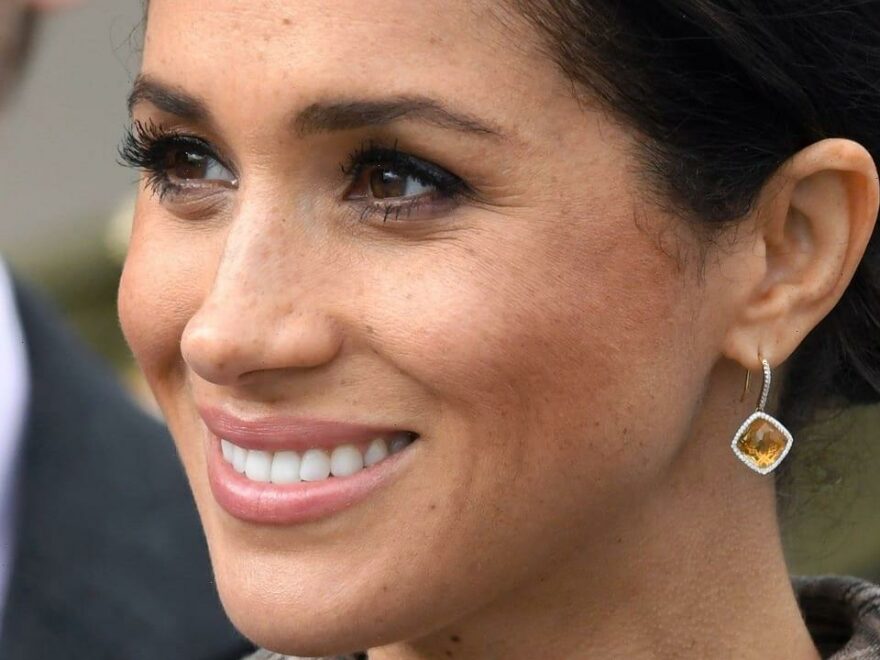 On Monday morning, we were delighted to see a new video emerge of the stunning Duchess of Sussex and Prince Harry giving a special message to Sir Elton John.

Looking radiant and in great spirits, the royal couple made a surprise appearance on a programme aired by streaming platform Disney+ – Elton John Live: Farewell from Dodger.

Mother-of-two Meghan wore her hair in a super sleek, straight style, sporting a face of immaculate, natural makeup. We could only see the top part of her outfit but it looked to be some sort of orange dress – a shade she doesn’t often wear, with a crew neckline. How gorgeous?

Meghan and Harry were among the celebrities who paid tribute to Sir Elton ahead of his farewell show, which was broadcast live from California’s Dodger Stadium by the US streaming platform in the early hours of Monday.

Former Suits star Meghan said: “Hi Elton, we just wanted to say congratulations and that we are just so proud of you and that we were able to see you on your farewell tour also.”

Harry has a very close relationship with Elton. He even confided in him regarding his love for Meghan when they began dating.

Prince Harry and the singer are very close

Back in 2018, the singer was chatting on ITV’s Lorraine, and said: “I spent some time with him in Sicily last summer and I could tell that he was totally in love, and he didn’t really discuss much personally but he said, ‘I’m in love’ and I thought, ‘Good for you’. Both those boys seem to have been ecstatically happy, and that’s all you want people to be.”

Make sure you never miss a ROYAL story! Sign up to The Royal Explainer newsletter to receive your weekly dose of royal features and other exclusive content straight to your inbox.