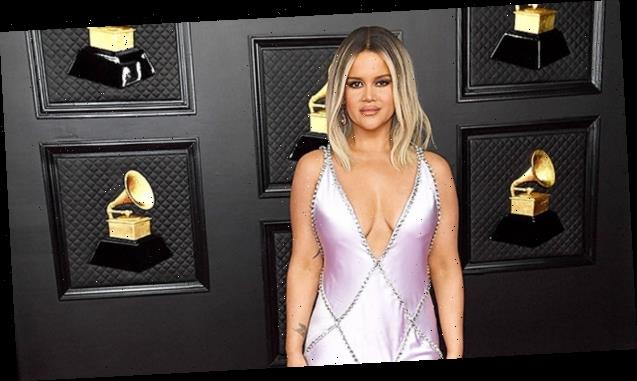 Maren Morris dazzled in a silk lavender dress at the Grammy Awards in LA on March 14! See the plunging, beaded number and her stunning straight hair!

Maren Morris is undoubtedly one of our best dressed stars at the 2021 Grammy Awards. The country singer, 30, who’s up for Best Country Song for “The Bones” (a songwriting award), hit the socially-distanced red carpet in a gorgeous lavender dress. The silk ensemble featured a halter top, plunging neck and silver crystals that criss-crossed down the dress and straps. Additionally, her shoulder-length blonde hair was styled down and straight. 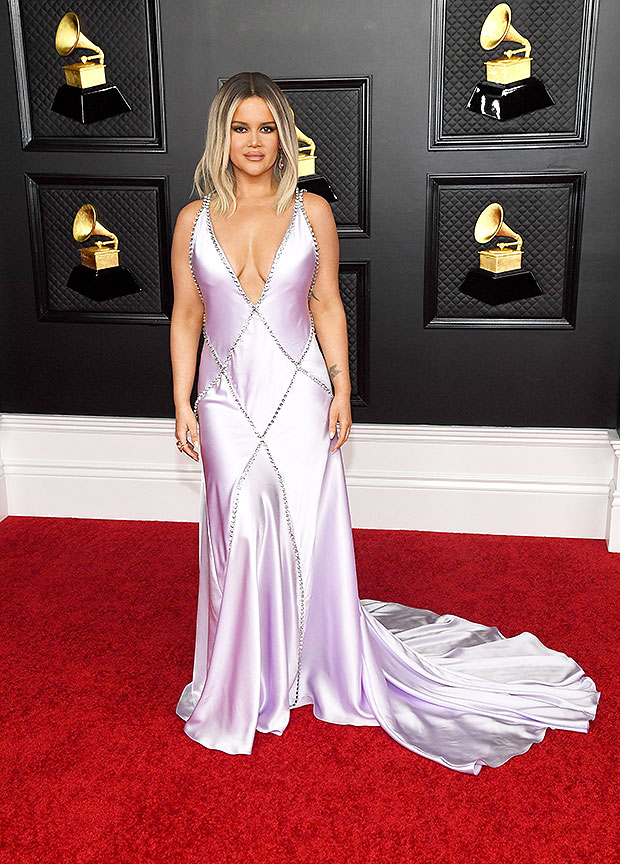 Maren is also nominated tonight for Best Country Song for “Crowded Table” with her group The Highwomen — though Maren, herself did not take part in writing the track. The singer won her first Grammy in 2016 for the song “My Church” and took home the award for Best Country Solo Performance.

Later on in the night, Maren will take the stage to perform with John Mayer — an artist she named as one of her dream collaborators in 2019. Just days before the Grammys, she took to Instagram to tease her performance with Mayer. “We’ll see you at the Grammys,” Maren, who welcomed her first child with husband Ryan Hayes nearly one year to the date, wrote alongside a photo with the singer-songwriter.

In a promo video ahead of the annual show, Maren described how emotional she’ll be when she reunites with the Grammys stage. “I think what we’re all going to experience is just utter gratitude and I’ll be kissing the stage,” she said, admitting, “I’ll just be so happy to be back up there and probably bawling my eyes out through the entire show.”

In regards to her Grammy-nominated hit, “The Bones”, which Maren co-wrote (along with Jimmy Robbins and Laura Veltz), she explained, “You have all the time in the world to write your first and you have one second to write your second record and I feel like I’ve lived a lot of life in those years. I’ve gotten to experience the world in this time lapse of ‘Girl’,” she said about her other hit song, which is part of Maren’s second studio album of the same name. 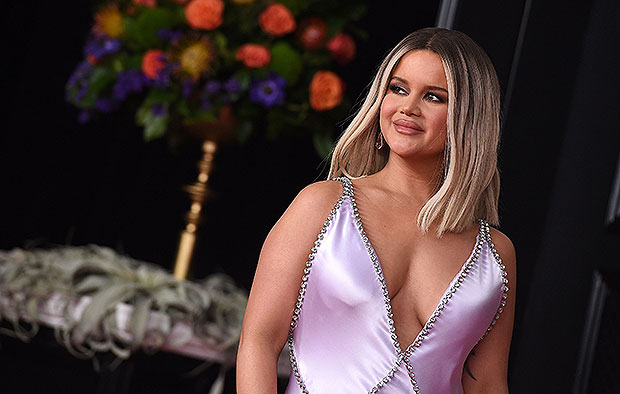 She went on to say that she’s “been doing so much of my own homework the last couple of years,” particularly after the death of George Floyd in May 2020 — which reignited the Black Lives Matter movement in protest of police brutality and social injustice. “I just feel like country music as a genre — we all have so much room to grow, myself included,” Maren continued. “But I think country music definitely is stepping up to the plate slowly but surely.”

The 63rd annual Grammy Awards on Sunday, March 14 is taking place at the Los Angeles Convention Center, as well as remotely from other locations due to the COVID-19 pandemic. Be sure to head back to HollywoodLife to see your favorite stars on the red carpet and the stage!