PARIS — Held online for the first time due to the coronavirus pandemic, the LVMH Prize showroom provided a tantalizing glimpse of what’s in store once the world returns to normal — and when it comes to fashion, it seems that anything goes.

Working under the toughest economic conditions in recent industry memory, this year’s 20 semifinalists presented eclectic collections rooted in their personal culture and identity. The ban on international travel only served to highlight the geographic diversity of the participants, including the first Arab woman to make the short list.

“This year, there was a lot of color and knitwear. Two or three years ago, the big story was streetwear. That’s less the case now. There is a growing trend for gender-fluid fashion, and sustainability remains a core concern,” said Delphine Arnault, second-in-command at Louis Vuitton and a key talent scout at LVMH Moët Hennessy Louis Vuitton, the parent company of brands including Louis Vuitton, Dior and Fendi.

“It really reflects the state of fashion at any given time. It’s like a snapshot of society,” she added.

That image has never felt more fractured. American designer Christopher John Rogers, known for dressing celebrities like Cardi B, Rihanna and Lizzo in his colorful creations on the red carpet — as well as Vice President Kamala Harris at the Biden inauguration — described the era of fashion as one of “expansive expression” in his presentation at the digital showroom, which ran from April 6 to 11.

Photos of Vivienne Westwood’s Career From the Fairchild Fashion Archives

“I want to be a part of this league of talent that is breaking down this traditional aesthetic hierarchy of what we expect luxury clothes to look like,” he told WWD in a Zoom interview from New York City.

“We’re in an era where someone who’s doing this really beautiful double-felted cashmere coat in gray — that work can be just as chic as this rainbow intarsia knit fantasy, you know? It’s kind of the same thing. It just depends on what your preference is, and it doesn’t have to be on some scale. That’s something I really believe in, and I think that this year’s crop of semifinalists definitely are proof of that,” he added. 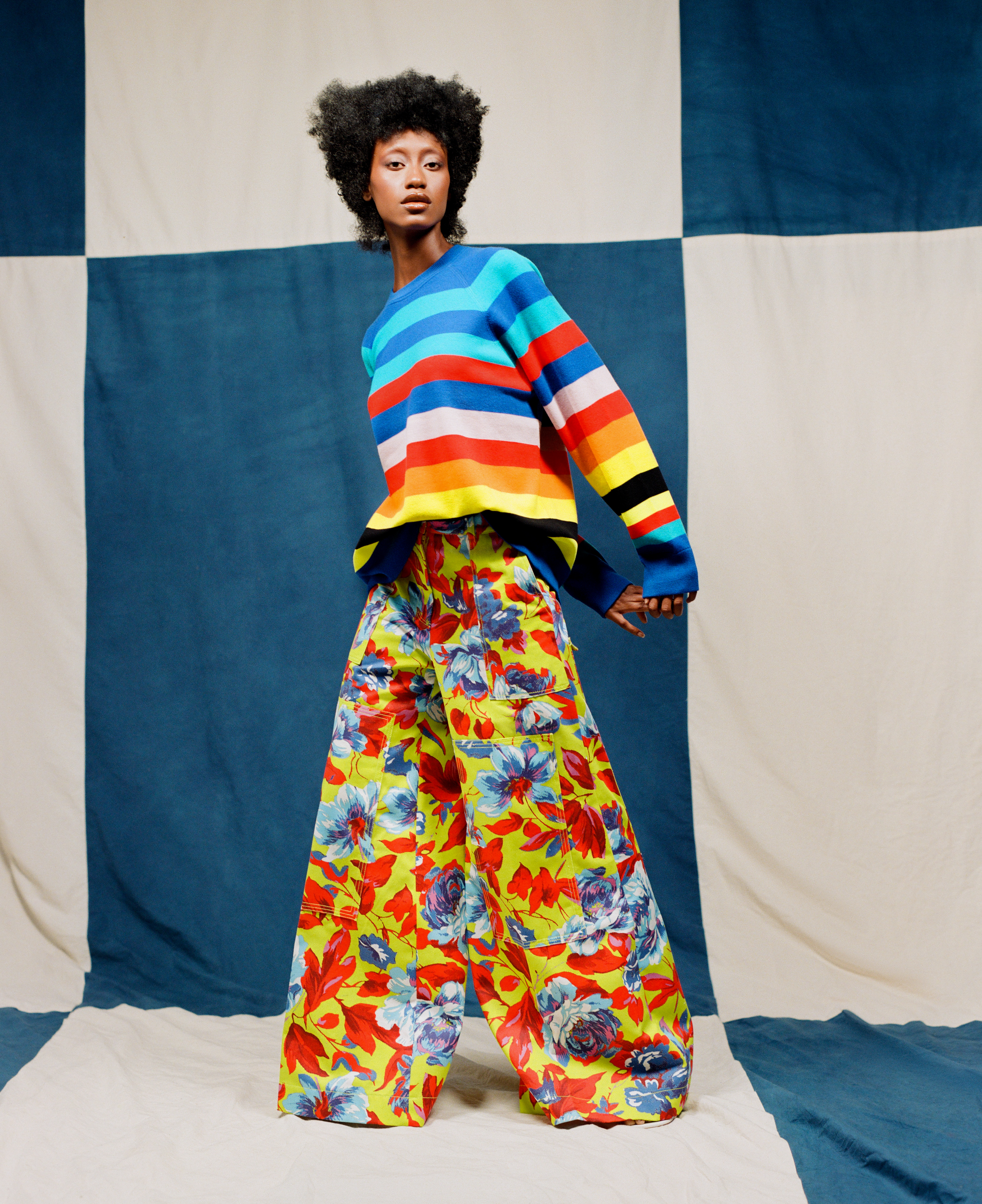 Like many emerging designers, he’s gearing up for an era of freedom once the COVID-19 crisis subsides.

“Everyone’s kind of anticipating another Roaring Twenties moment where everyone’s craving to get out, craving to just let loose and not really care too much about everyone else’s opinions about how they look,” he said. “Everyone’s going to want to present themselves differently, but I think the one universal vibe is just going to be, like, ‘insanity.’”

“The new era of fashion has definitely changed, we no longer have to follow those traditional paths. You can create your own platform. You can talk to your consumers directly and that’s all due to technology,” she said in her filmed presentation.

In the meantime, designers are dealing with hurdles ranging from closed stores to presenting their collections to buyers online. While the physical LVMH Prize showroom, traditionally staged during Paris Fashion Week in early March, normally gives them instant access to a wide range of industry luminaries over a 24-hour period, there was no such rush of adrenaline this time around.

“It’s really strange, because this whole prize is centered around something that’s quite physical, which is clothes, and we’re doing it all digitally,” said Cynthia Merhej, the Lebanese designer behind the Renaissance Renaissance label. “I think they did a really great job with the platform. It looks amazing.”

Cerebral yet sensual, her designs are rooted in rebellion against Lebanon’s patriarchal society — with not a sequin in sight. “The pieces are not meant to be Instagram pieces. That’s not the philosophy behind it at all, so they really need to be seen and touched,” she argued.

Arnault said the showroom event was pushed back by a month to give organizers time to create an enhanced site, with content including videos and 360-degree views of key outfits. For the first time, members of the public are being asked to select their favorite, with 10,000 votes registered by midday on Friday.

“It’s always interesting to touch the fabrics, see the quality of the products and the creativity of the cuts. That’s not as easy to do online,” the executive noted. “Our teams have done a tremendous job to try to render as faithfully as possible a meeting with the designer.”

It represents a digital leap for the event. “It gives them visibility, and for the next editions, it will allow us to combine, hopefully, a physical event with this existing digital platform that we can build on in the future. It’s also great for the public, so it will give us the best of both worlds,” Arnault said.

LVMH hopes designers will be able to physically attend its prize-giving ceremony, tentatively scheduled for September. Last year, it divided the 300,000-euro prize money between the eight finalists, in addition to creating a solidarity fund for previous winners.

“We hope it will be a physical event, but if that’s not possible, we will rethink the format of the prize. We may do something similar to last year, or we might have a new idea. But right now, we are very much hoping to have a live final,” Arnault said.

Even experienced remotely, being short-listed for a prize is a lifeline for many of the smaller designers selected. Merhej, whose label is stocked exclusively at Net-a-porter, described it as “a huge ray of sunshine” after a year marked by a deep economic crisis, successive lockdowns and a devastating explosion in Beirut in August.

“I know it’s really meaningful for everyone in Lebanon, because we really need a win, in a way. We need something positive to look forward to,” she said. “Since last year, we’ve been going through what I can only call a nightmare mixed with hell.” 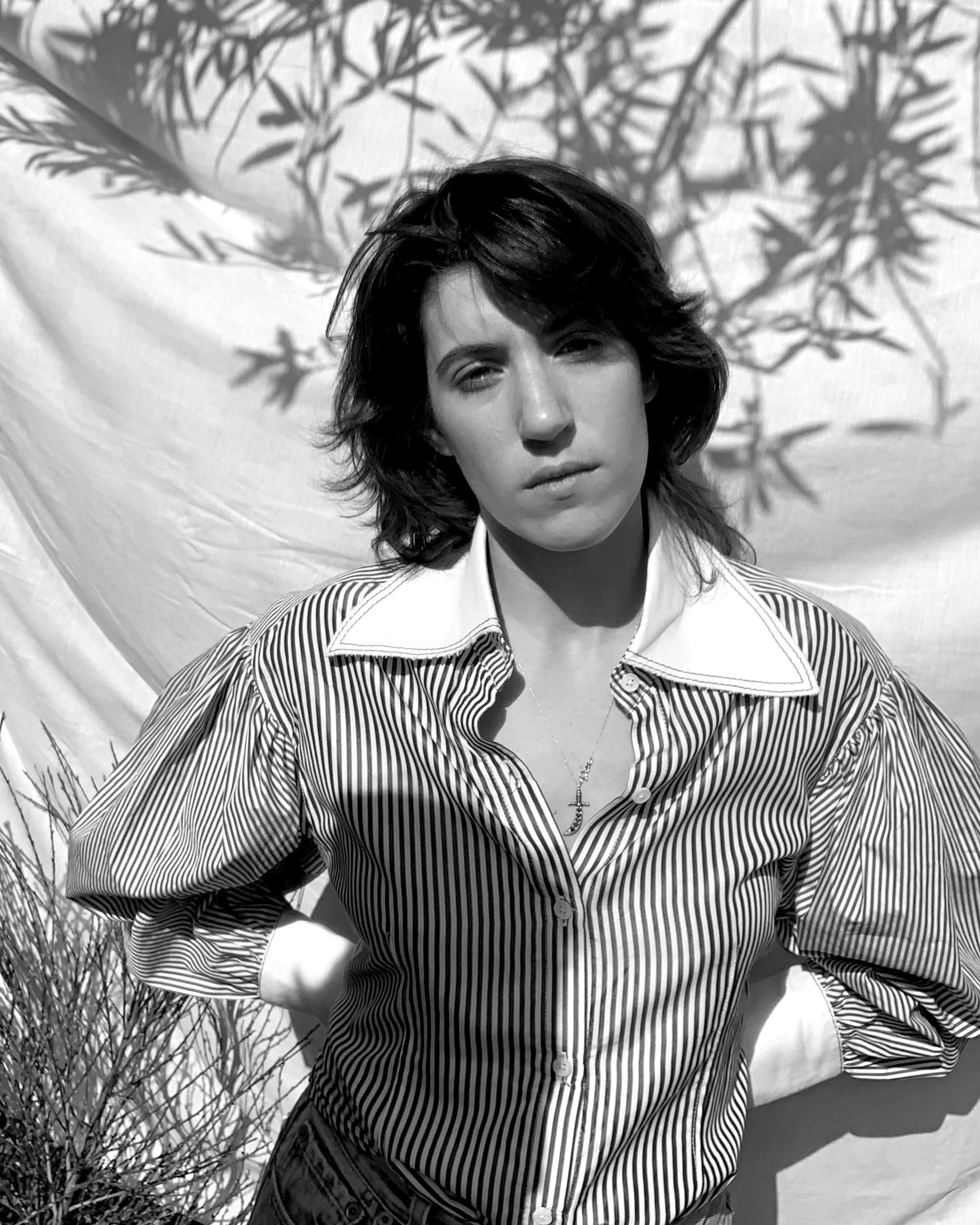 As the first Arab woman to make the cut since the prize was launched in 2015, she hopes to open the way for other Middle Eastern designers and change preconceptions about her culture.

“We feel others are telling our stories in ways that don’t really feel familiar to us, or we keep being pigeon-holed into certain narratives,” she explained. “Lebanon means nice food, beach, Botox, embellished gowns, everything over-the-top and crazy, but that’s not the Lebanon I personally know. Yeah, I think that exists, but there’s also a huge chunk of us that aren’t like that.”

Adeju Thompson, the Nigeria-born founder of Lagos Space Programme, similarly wants to challenge the image of African fashion. A nonbinary, queer, Yoruba and Black designer, who goes by the pronouns they/them, their multilayered creations stand out in a city known for its status dressing.

“Even though a lot of what I do is informed by my identity as an African, I’m more than that. I’m a global designer,” said Thompson, who cites designers like Yohji Yamamoto and Rei Kawakubo as early influences. “In my work, that’s something that I’m always hyper aware of, you know — just trying to break up misconceptions about what design coming from the continent looks like.”

There’s a strong political dimension to it, too. In 2019, Thompson was assaulted by the Special Anti-Robbery Squad, a notorious unit of the Nigerian police with a long record of abuses. “I was detained for five hours because of how I dressed,” they recalled.

“I think it was in that moment when I started to see Lagos Space Programme and the work I do as a form of protest,” Thompson said. “When I’m exploring my identity as a queer person, in the West, this is normal, and I guess so many designers could do this. Where I come from, I could get into trouble. For me, it’s so important that I speak up for myself.” 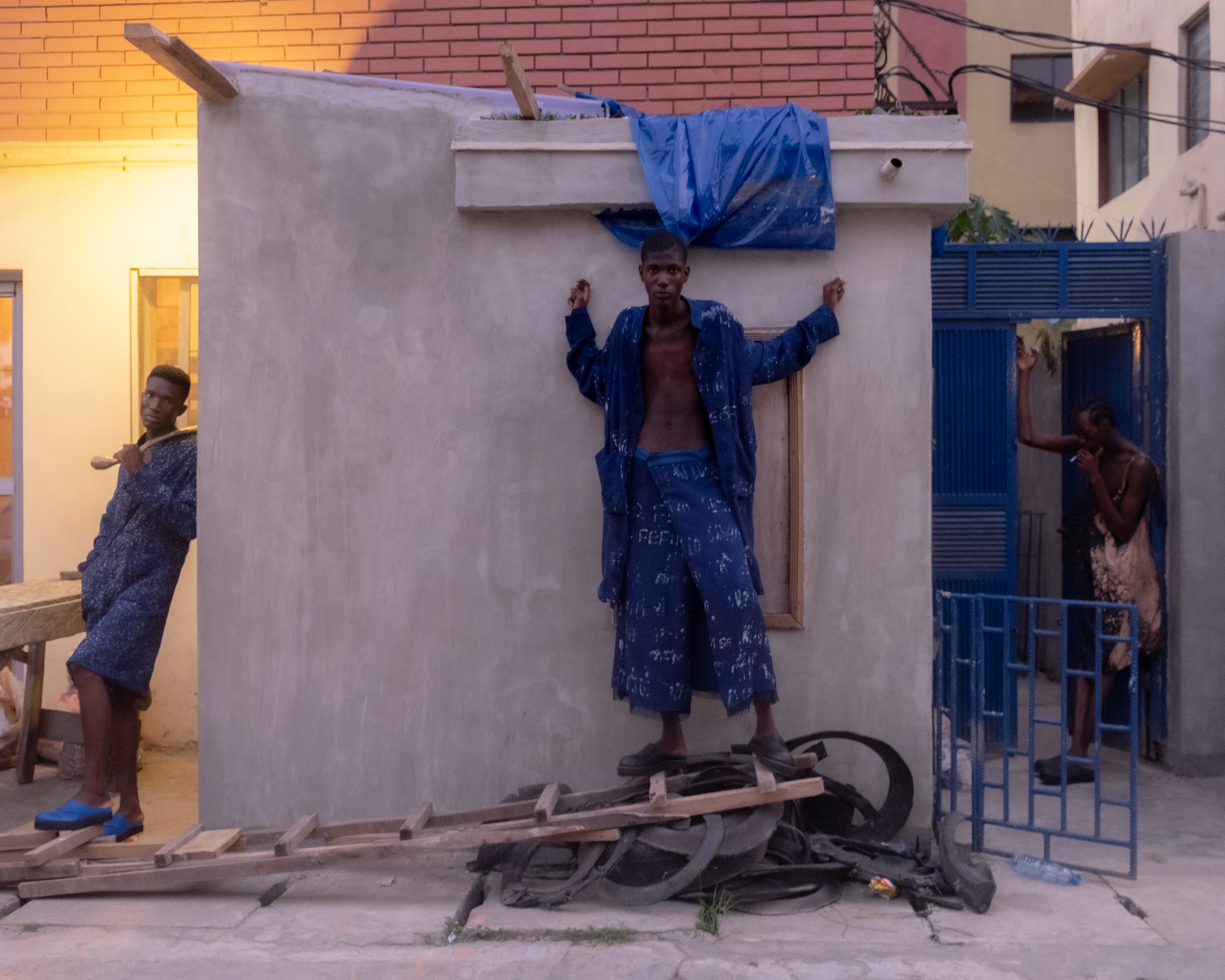 Sold exclusively at the Lagos concept store Alara, the label has caught the attention of overseas buyers following its recent presentation during Milan Fashion Week, but Thompson is taking it slow. “I’ve never been someone who is very comfortable with the limelight. I don’t want to be a celebrity designer. I am very happy to be not seen, and for my work to speak for itself,” they said.

Chinese designer Shuting Qiu, another cross-cultural creative, believes the LVMH Prize has the potential to break down barriers. Born in Hangzhou, she left at 19 to study at the Royal Academy of Fine Arts in Antwerp, Belgium.

“If I win, for the cultural communication it really helps because I’m contemporary Chinese: I have my Asian culture, but I also understand European culture,” she said, noting that China has yet to launch a breakthrough designer on the international stage.

“Chinese design is getting better and better, so I really can help. I can do something in my generation,” Qiu mused. “I really feel like I have a responsibility to do this. It’s also my dream — it’s pushing me to really work hard to go forward.”

Used to traveling across the world to gather inspiration, she has refocused her attention on Chinese destinations and is also sourcing more fabrics domestically, like the silk jacquards that she likes to pair with clashing prints and colorful embroideries.

“I think people want to wear something more colorful, cheerful and easy — more casual maybe, something light,” she said of the mood one year into the pandemic.

“I never want to see a pair of jeans again,” offered Merhej, noting that Lebanese women are experts at using fashion to beat the blues. ”Life there is quite difficult, so the only thing we have that cheers us up, and makes us feel good and better about our reality, in a way, is getting dressed up.”

The class of 2021 could well usher in a new era of individuality in fashion. “Christian Dior created his house in 1947 after World War II. After very challenging periods, you always see a surge in creativity. I’m curious to see what will come out of this pandemic,” Arnault said.

Meet the Semifinalists of This Year’s LVMH Prize