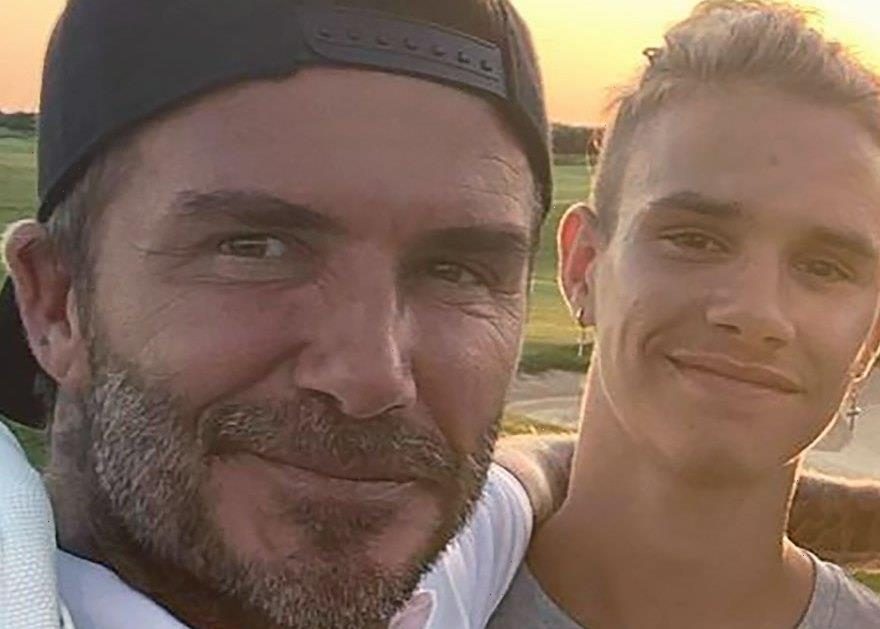 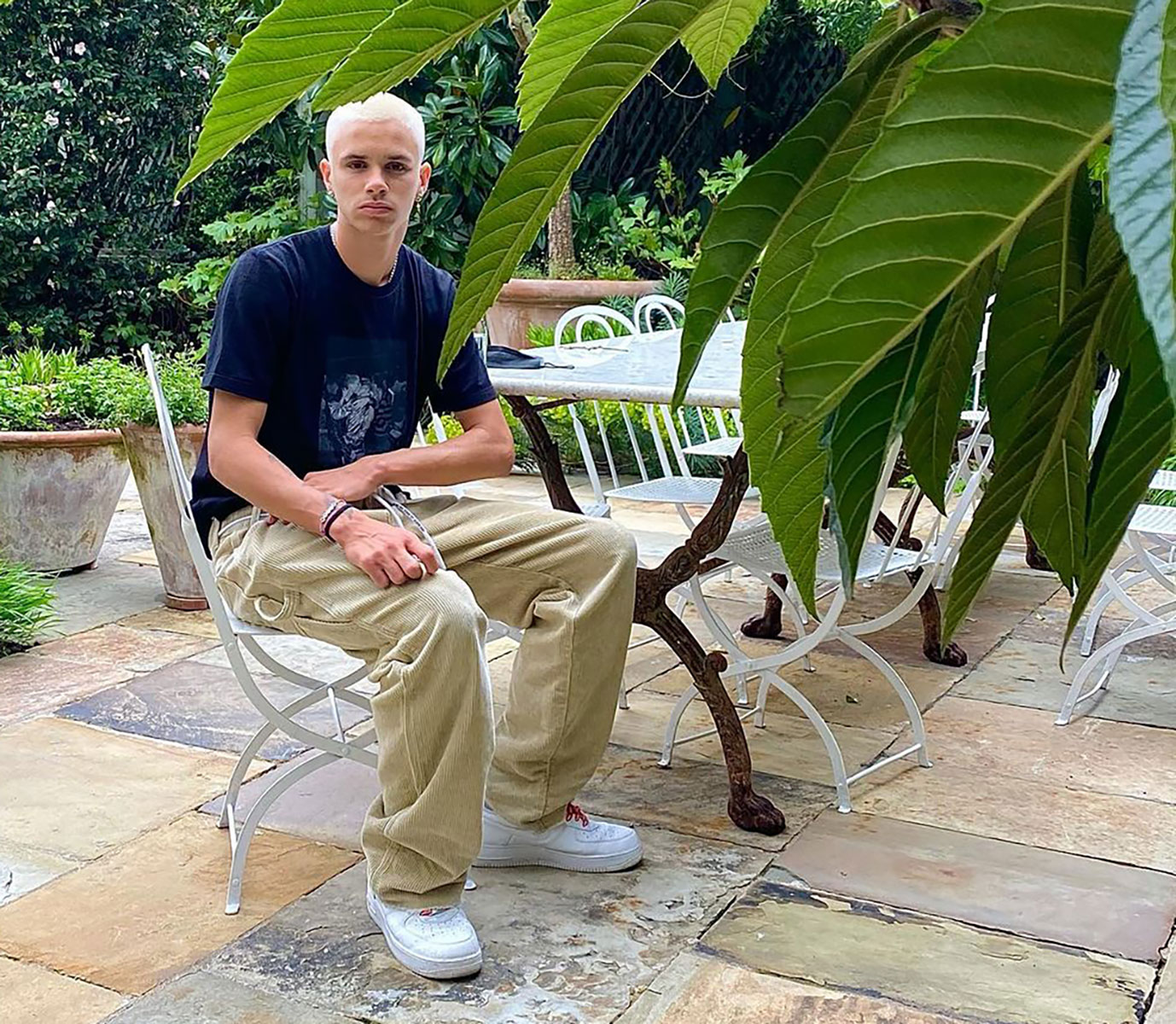 Like father, like son! Romeo Beckham chopped off his longer locks and lightened his honey-colored hue — and David Beckham was quick to point out that the bleach blonde buzz cut was inspired by his very own iconic style.

The highly comical trolling debacle took place on Instagram. The 18-year-old model shared a snap of his new cut and color, posing in a black t-shirt, corduroy pants and white sneakers.

Within minutes the comments section exploded. Of course, there were a few favorable notes about the statement hairstyle. Even mom Victoria Beckham gave her stamp of approval on the bright blonde style, which was done by hair colorist Josh Wood. She wrote, “Wow!!!! Love!!!” on the post.

But David had quite the sassy bit of commentary about his son’s daring new ‘do. He started off sweet and wrote, “Nice hair,” going so far as to add a red heart emoji. Keep reading though, and the 46-year-old father straight up called out his kid. 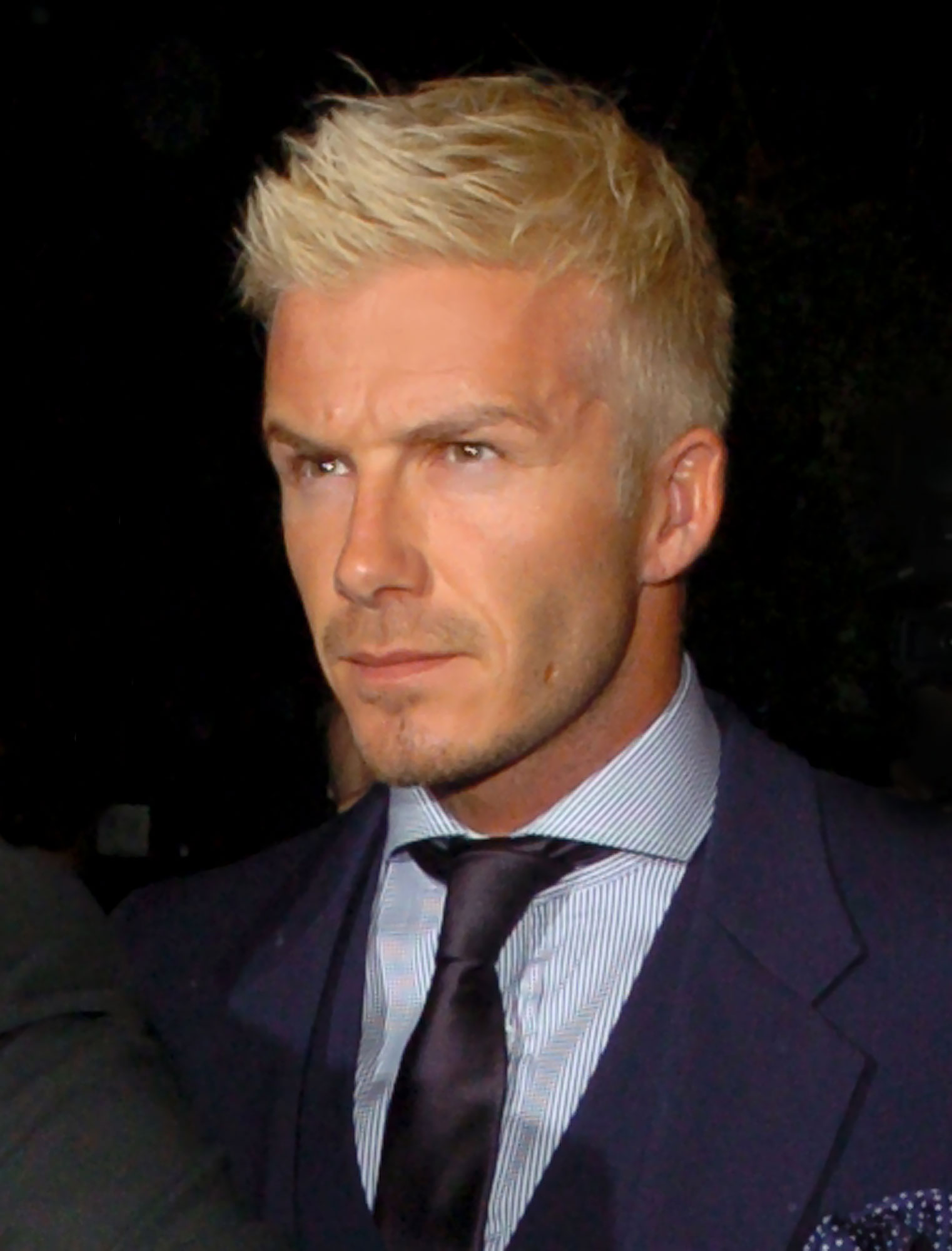 He added: “@romeobeckham I wonder where u got that idea from 😂.” For context, the soccer star debuted a nearly identical style in 2007, just after joining the L.A. Galaxy.

David’s objectively savage clap back raked up more than 1,300 likes and tons of comments. A few couldn’t get over the comedy of it all. One even said, “@davidbeckham wins the internet today. Try again tomorrow folks.”

Most however sided with the Bend It Like Beckham star, pointing out that he was the OG person to rock a bleach blonde buzz cut, before both Eminem and Justin Bieber. 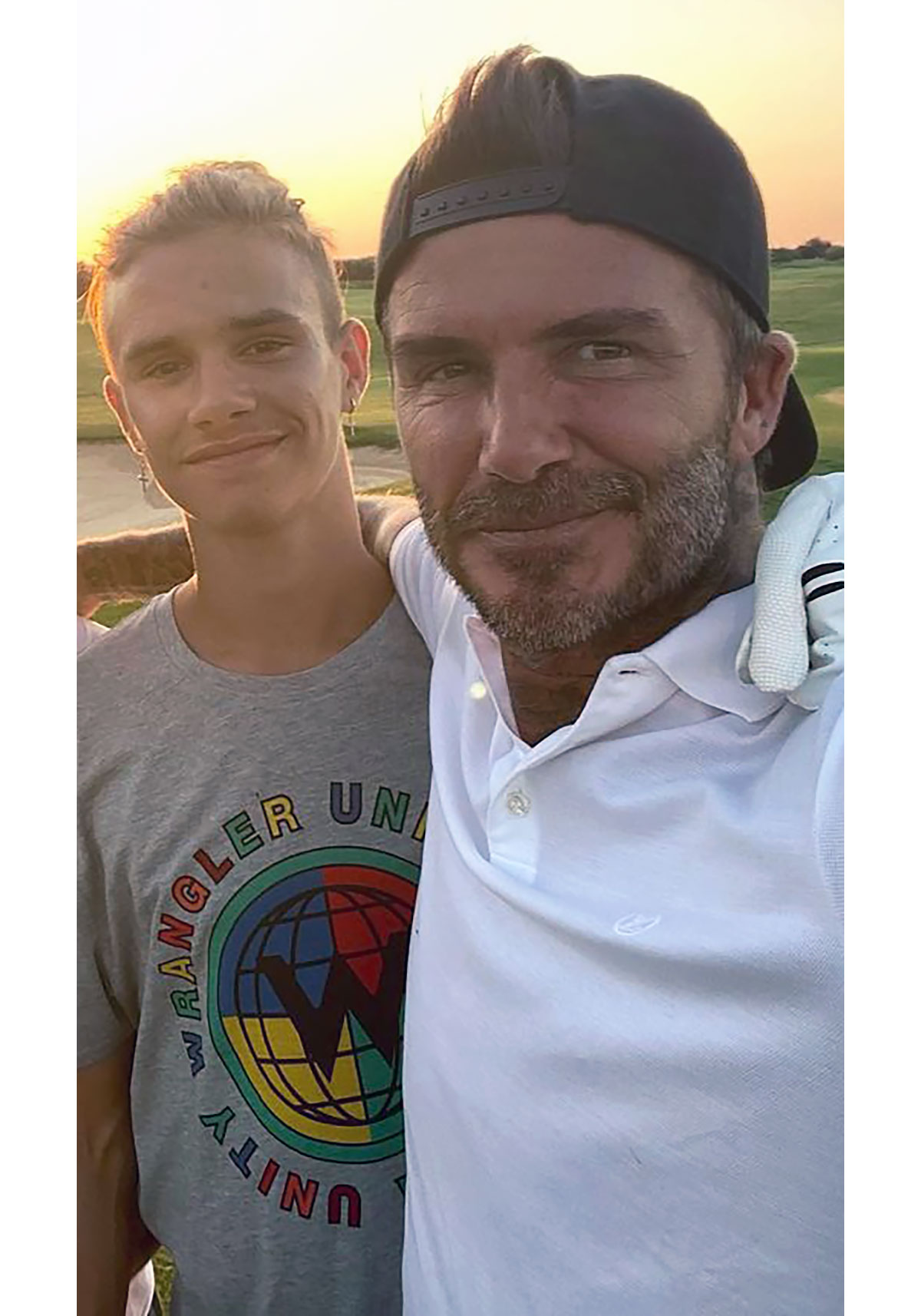 “Beckham, I can tell he has surely copied this hair from you. Beckham, you had the best hairstyles ever and you still have [them],” one fan wrote. Another added: “Looks like his dad in the ‘90s/‘00s.”

Romeo hasn’t just switched up his hairstyle in recent days — he also added a new tattoo to his collection! On May 4, he took to Instagram to show off his ink, a simple smiley face just below his thumb. The design was done by celebrity-favorite tattoo artist Dr. Woo.

Ouch! Machine Gun Kelly Gets a Gory Slash Tattoo on His Neck

The ink seems to be a tribute tattoo in honor of his second anniversary with girlfriend Mia Regan. In the picture, Regan is pointing to the design.

Fan quickly popped into the comments section, noting how cute the couple is. One wrote, “My favorite couple,” while another noted that they “can’t wait for their wedding.”