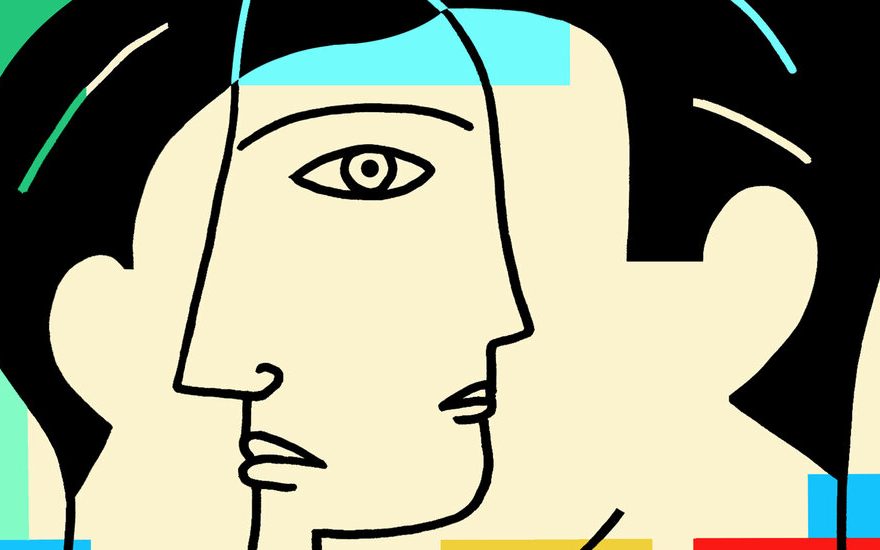 I was 20 when I learned that my parents were splitting up.

Two and half years later, I hold no hard feelings against them and have loving relationships with both of them. But, in the immediate aftermath of their split, I was a mess.

Despite my very public displays of distress, I did my best to maintain a stoic exterior when I was around people I knew. I didn’t tell my closest male friend and former college roommate, Tim, about my parents’ separation for weeks. Instead, I bantered about the latest sports news as if nothing had happened.

I’ve always regarded my sensitivity as one of my greatest weaknesses.

At my high school outside of Vancouver, British Columbia, the boys with quick jokes, often about other boys, were the most popular. I was someone who skirted on the periphery of social circles, wanting to be a part of the group, but desperate not to attract attention that would subject me to ridicule.

I started counseling for anxiety and depression in 11th grade. My therapy sessions were directly after school, so they conflicted with my routine walk home with two of my male friends.

Rather than telling them that I was seeking help, I came up with excuses — a doctor or dentist appointment — to explain why I couldn’t join them. Eventually, I got in the habit of simply saying I had an “appointment.”

Years later, when I learned about my parents’ separation, I similarly struggled to confide in my roommate.

Why was that? Why, even after counseling, was I still so scared to open up to other men my age?

Although research has shown that maintaining friendships as you age leads to a healthier life, men often struggle to have personal conversations and to keep friends.

In a 2020 study of more than 46,000 participants from 237 countries and territories led by researchers from the United Kingdom, young men living in “individualistic” societies, cultures that place a higher value on self-reliance rather than a collectivist mind-set such as the United States or United Kingdom, were more likely to report loneliness than older people or women.

In 2015, Dr. John Ogrodniczuk, the director of the psychotherapy program at the University of British Columbia, launched an online program called HeadsUpGuys that helps men manage depression. Looking to understand why men have trouble seeking mental health help, the organization developed an online survey to identify stressors that can contribute to depression.

Even before the Covid-19 pandemic, loneliness was consistently ranked at the top of its survey for stressors on men. According to Dr. Ogrodniczuk, the pandemic has only compounded feelings of isolation for men.

Why might men be lonelier than women — both in normal times and during the pandemic? After talking with experts in the psychology field, they reiterated it may have to do with a hesitancy to be vulnerable, which can come at the cost of intimacy in relationships.

Holding in my emotions contributed to the demise of my first (and only) romantic relationship. Entering university, I was self-conscious about partying, since I never attended parties in high school. I was also nervous about living on my own and I was insecure about studying creative writing, a field that seemed impractical compared to the science and math degrees that most of my friends were pursuing.

Rather than telling my ex-girlfriend about those anxieties, I consistently shut her out when she tried to help me cope, until we broke up.

Niobe Way, a professor of developmental psychology at New York University, believes that boys are conditioned to view emotional vulnerability as a weakness. As they grow up, boys are told that men should suppress and hide their emotions. “It’s a tragedy,” Dr. Way said in a phone interview.

In 2005, when Dr. Way was grappling with her crumbling marriage, she decided to pretend that all was well in front of her 5-year-old son, Raphael.

After work one day, when she greeted Raphael with an ear-to-ear grin, he asked, “Mommy, why would you smile when you are feeling sad?” His question struck Dr. Way because it demonstrated Raphael’s recognition of both her real, internal state and her performative, outward demeanor.

“Boys start off in the first decade being remarkably emotionally astute and attuned,” Dr. Way said.

Unfortunately, according to Dr. Way, when boys are socialized to become men, they learn to avoid disclosing difficult emotions, especially to other men.

In high school, I played basketball with Ben Wezeman. We both played on the varsity team, an arena where I never felt comfortable sharing my anxieties for fear of losing my starting spot in the lineup and appearing mentally weak in front of my teammates. I was a year older than Ben and we rarely talked. Years later, I found out that Ben, like me, silently battled with depression and social anxiety in high school.

Last year, I noticed he started a GoFundMe and planned to run at least three miles every day for one year to raise money for breast cancer research after his mother received the diagnosis in 2019. I met with him last summer for the first time since high school and wrote about his run streak, but we didn’t discuss our shared mental health struggles in adolescence.

In January, Mr. Wezeman posted on his Instagram about a manic episode that ended his running goal and caused him to spend nine days in a hospital. He was diagnosed with bipolar disorder.

Reading his message, I reached out to him again to finally discuss our shared anxieties.

“I was fearful about what would happen if I told a friend. Would they want to be friends with me anymore?” he said to me in a phone interview days after he published his post.

It wasn’t until after he received positive comments and direct messages from strangers on his Instagram post that he began feeling comfortable discussing his vulnerabilities with friends — and began encouraging other young men to do the same.

“There will always be people in someone’s life that will care,” he said. “They might just not know. So that’s why we have to talk about it.”

Four years after the only romantic relationship in my life ended, I’ve realized that all relationships require a certain degree of vulnerability.

I remember when I finally told my roommate about my parent’s separation. One evening, in one breath, I opened up about their split and my pain. It felt like a weight was lifted off my chest.

Having gone years believing “real men” suppressed their feelings, I felt extremely relieved and comforted when he listened and showed empathy.

It strengthened our relationship. Sharing that intimate detail played a key role in him becoming my closest friend, and why we still regularly talk.

In my conversation with Dr. Way, she emphasized how boys — like her son — at young ages have the emotional astuteness to comprehend when someone is feeling sad.

Those emotions must be nurtured, not altered by cultural stereotypes and perceptions of manhood. She says boys and men have the ability to understand emotions, their feelings are just waiting to be valued.

“This is not a depressing story,” Dr. Way said.

Josh Kozelj is a writer based in Victoria, British Columbia. He is a senior at the University of Victoria studying Creative Writing.