Fabulous in an orange halterneck dress, her boobs looked magnificent — and her nipples were firmly on show. 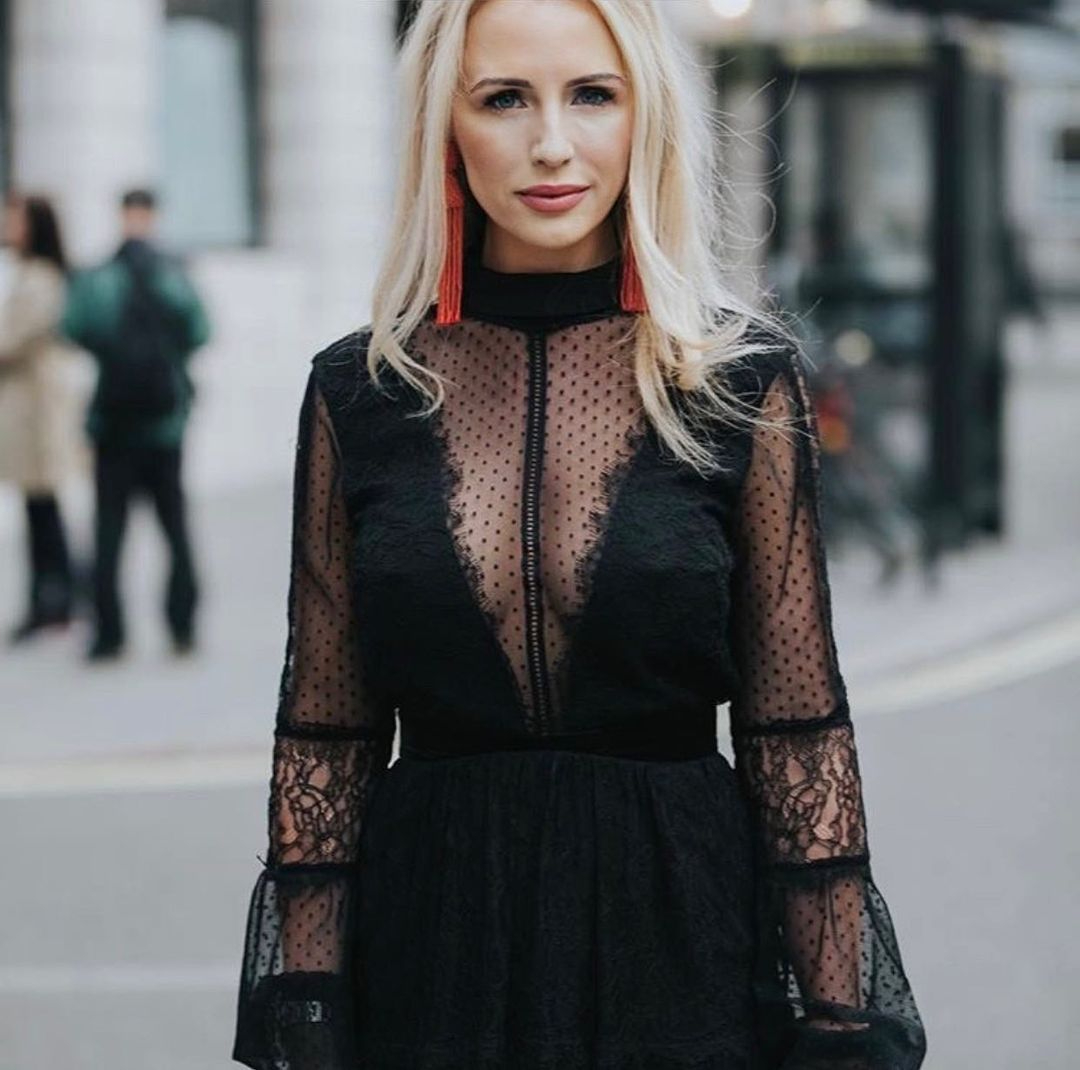 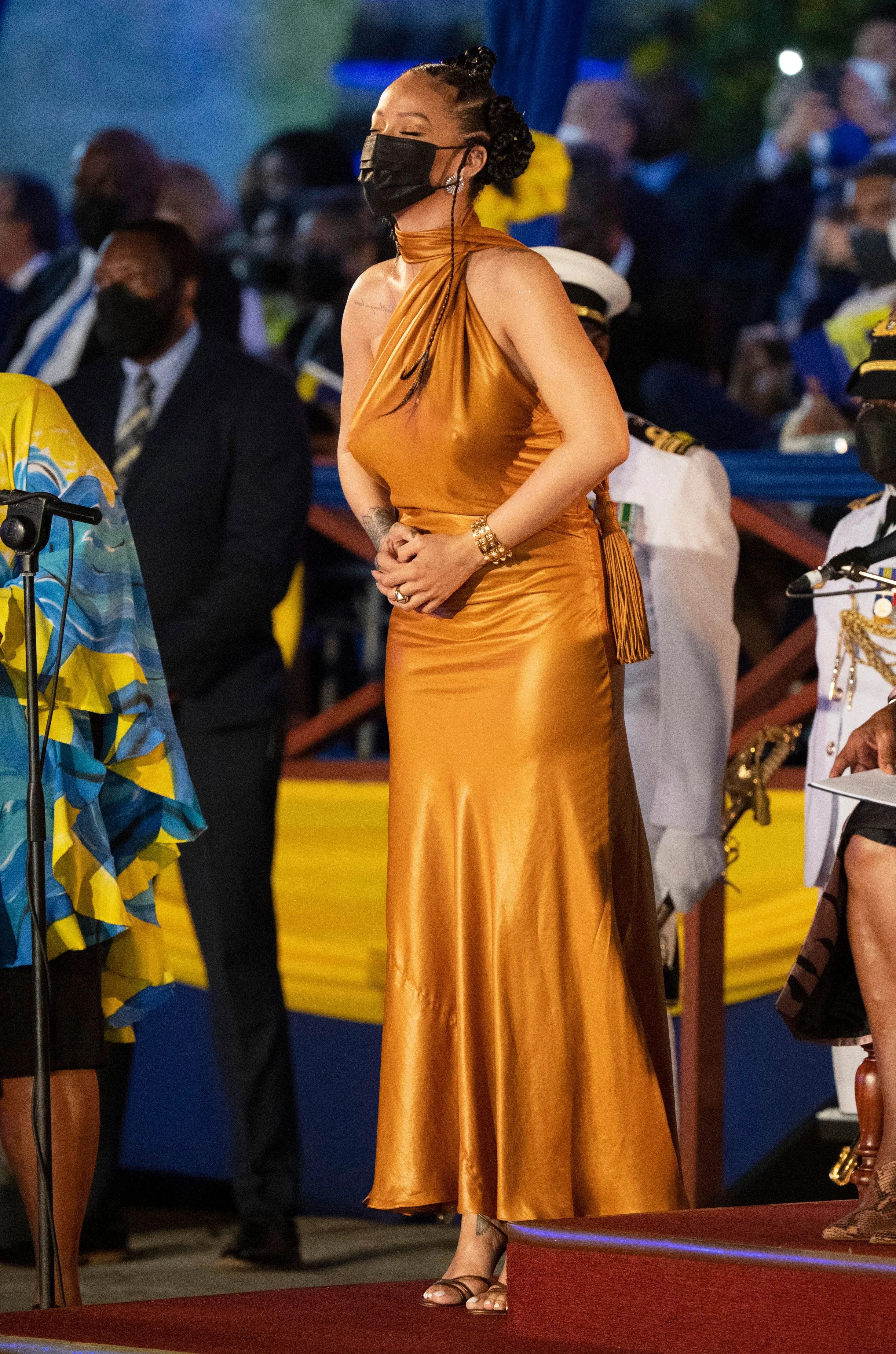 Of course, her laissez-faire approach to lingerie in the presence of royalty did raise some eyebrows.

But the singer and undies entrepreneur has long been an advocate for bra-free dressing. And she is not the only famous face now embracing the trend.

Little Mix singer Leigh-Anne Pinnock, 30, left her bra at home for the premiere of her film Boxing Day last week. She wore a backless halterneck dress which she later adjusted to feed her four-month-old twins. And this week she was out without support again, wearing a daring black lace-up frock to the Mobo Awards.

Actress Zendaya, 25, and model Lily-Rose Depp, 22, are fans too. Lily-Rose was pictured for Metro magazine with her nipples showing underneath her skin-tight cardigan. And why not?

At the age of 42 I’ve always gone braless, from red carpet events to casual occasions. I’m all for freeing the nips. It’s sexier than having your cleavage pushed up to your chin. It’s more subtle and tantalising.

Just as lockdowns made us realise we could cope without takeaway daily lattes and weekly manicures, we got by without the stifling contraption we’d been wearing for years. Hallelujah.

One survey found lockdown led to 46 per cent of women ditching their bras at least once a week.

Bras have only been around for 100 years, so who is to say that we really need them? There is no conclusive evidence they prevent sagging.

For me, going braless is the ultimate body confidence tool. It is freeing and empowering. Now, more than ever, women are embracing their bodies and feeling more comfortable in their own skin.

In this prudish country, going braless is still perceived to be pushing the boundaries. When I have spent time out in the US, or when I have worked in Europe, it is normal. But not here, where we are only just seeing this progression and realising body confidence is important.

Obviously there are certain times, especially if you have a larger chest, that you need to support yourself. I’ve got DDs which, admittedly, are surgically enhanced slightly since breastfeeding my children — I was a 32C before. But I have pretty much always shunned my bra, except for when exercising.

And I am glad to see women my age, and older, doing it too. The likes of Victoria Beckham, 47, Jennifer Aniston, 52, and Amanda Holden, 50, often step out bra-free — and it screams confidence. They look incredible.

It does not all have to be about baring your cleavage either. I often do not wear a bra underneath a roll-neck and smart suit.

Going braless under a simple blouse or white T-shirt can make you the sexiest woman in the room.

In the fashion world it is quite a popular look. The “flirt shirt” is huge this winter.

From Gucci to Michael Kors, models wearing androgynous blazers and shirts, buttoned down, with no bra, have been huge on the catwalks.

It adds that hint of sexiness to what would otherwise be a masculine look. It is all about the allure of what lies beneath. Plus, it is so much more comfortable. You never have that unyielding urge to take your bra off at the end of the day because it has been digging into your sides.

It is also so much easier to dress. You do not have to worry about what kind of colour bra to wear or if your straps are on show. But not everyone is on board. I remember wearing a dress without a bra to the National Reality TV Awards.

The next day some derogatory comments were made towards me by another school mum when I dropped my then ten-year-old daughter off. It was something about how on earth I managed to keep my chest held in. And I just thought, “I’m embracing my body, and you obviously aren’t”.

My husband, daughter, 12, and son, six, don’t care about how I dress, why should anyone else.

I encourage all women to try going without a bra, not just at home when you are lounging around in your sweatshirt, but out and about.

I encourage all women to try going without a bra, not just at home when you are lounging around in your sweatshirt, but out and about — in your best heels and your favourite lippy.

It really does not matter what shape or size your bust is, or whether you are natural or enhanced, as long as you are confident.

You will look and feel a million dollars. 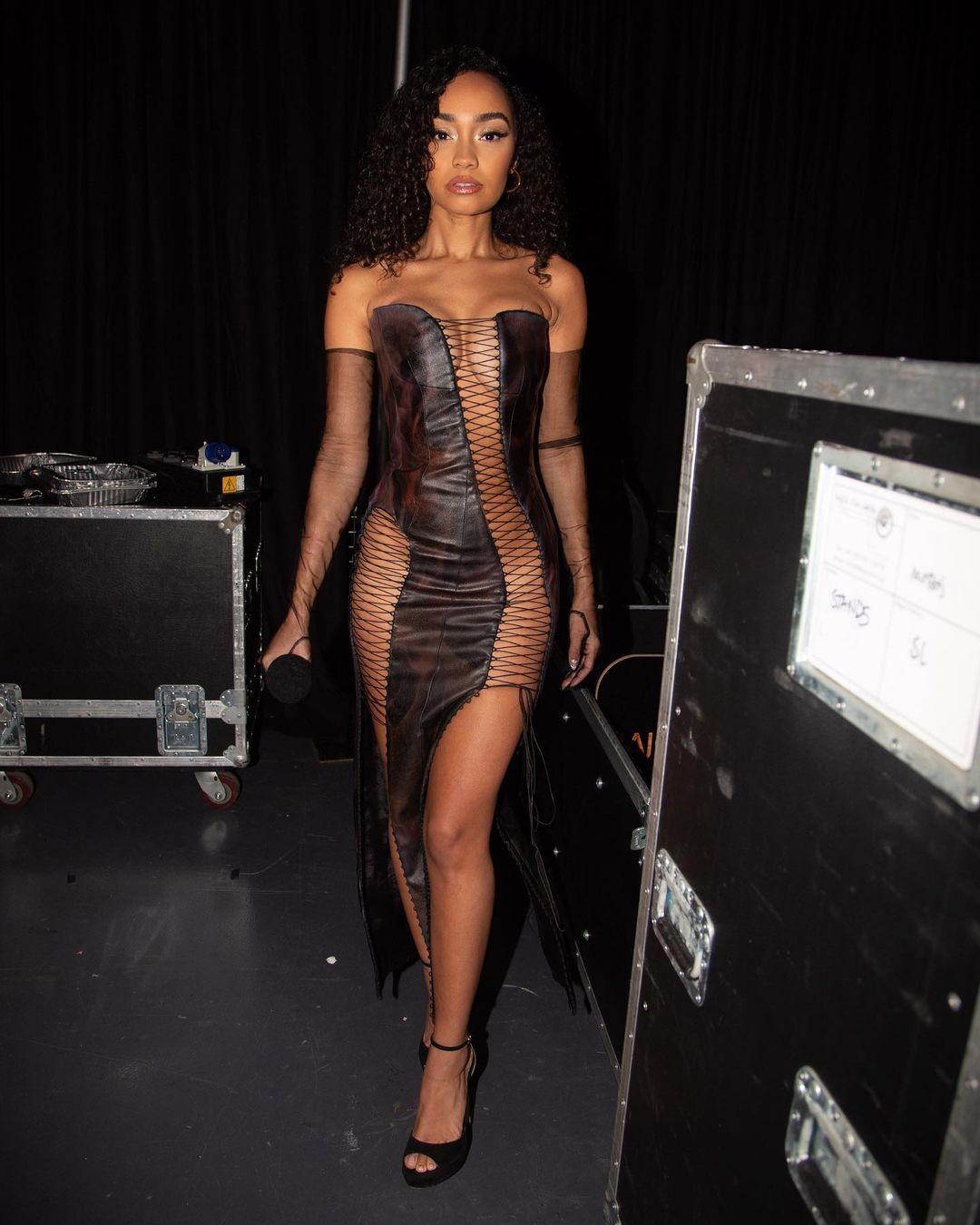 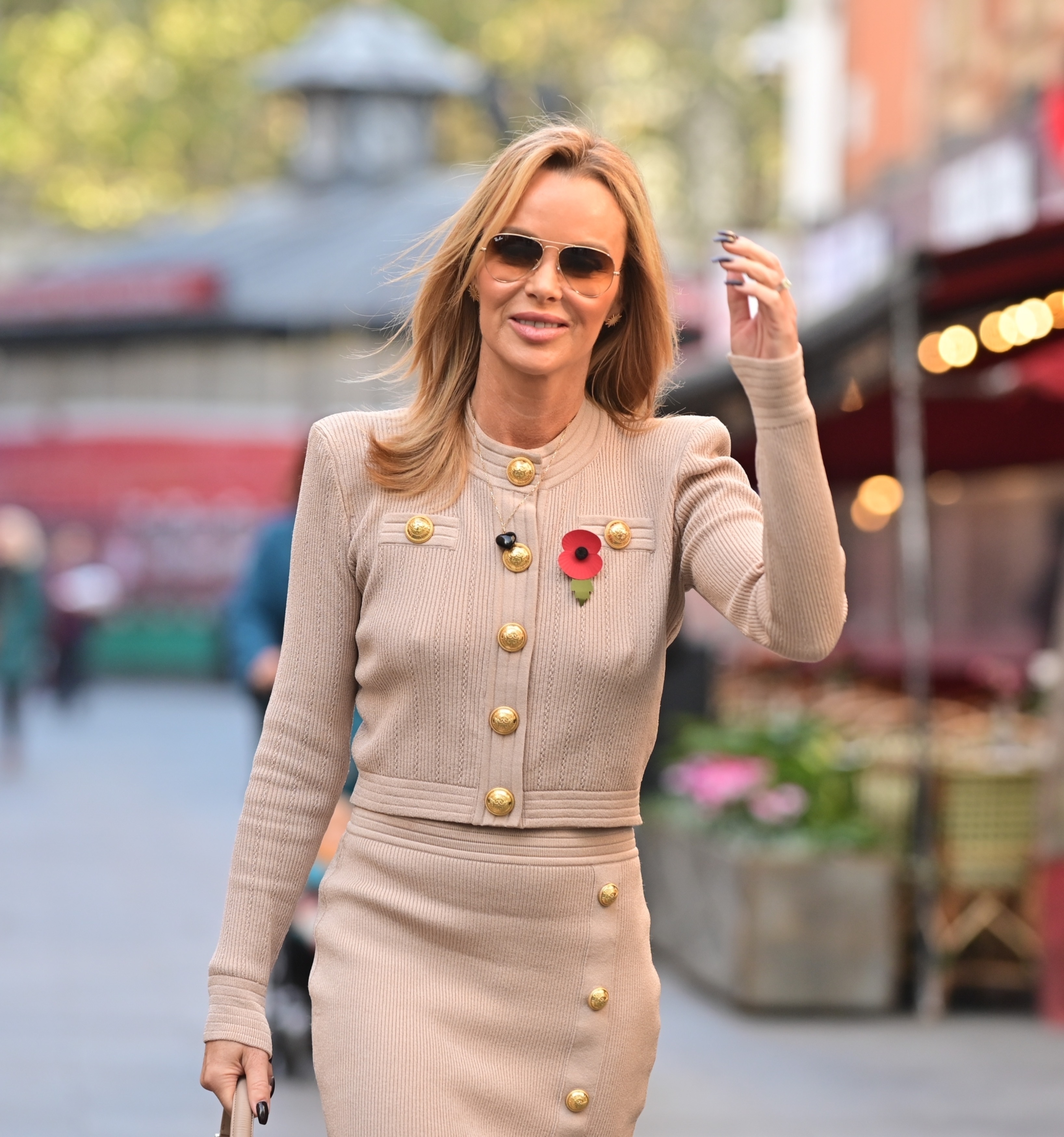 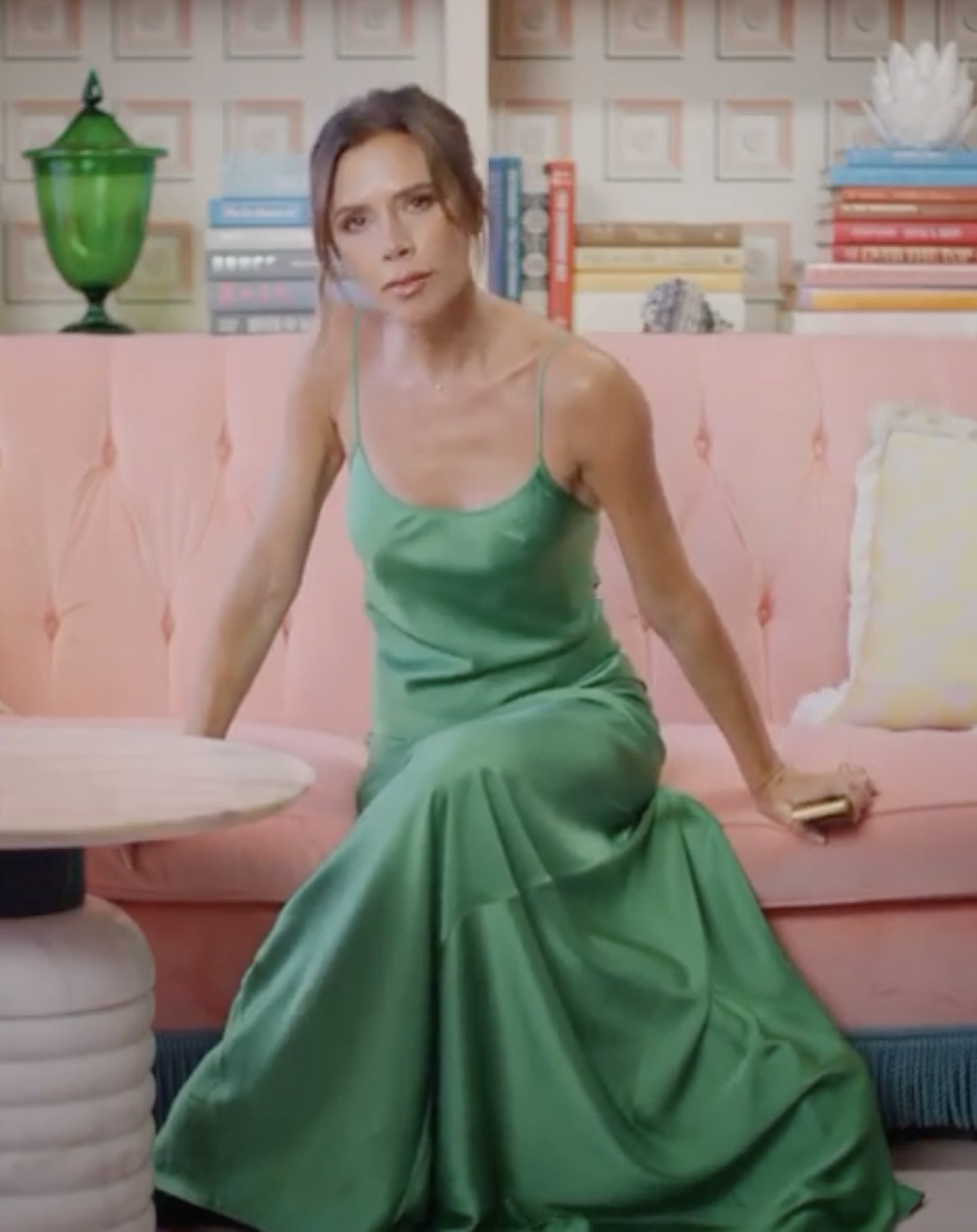