AS the couple on screen writhed and moaned in perfect harmony, I watched with rapt fascination.

“Wow,” I thought. “That woman’s belly is wobbling a lot. Her thighs aren’t small either.” 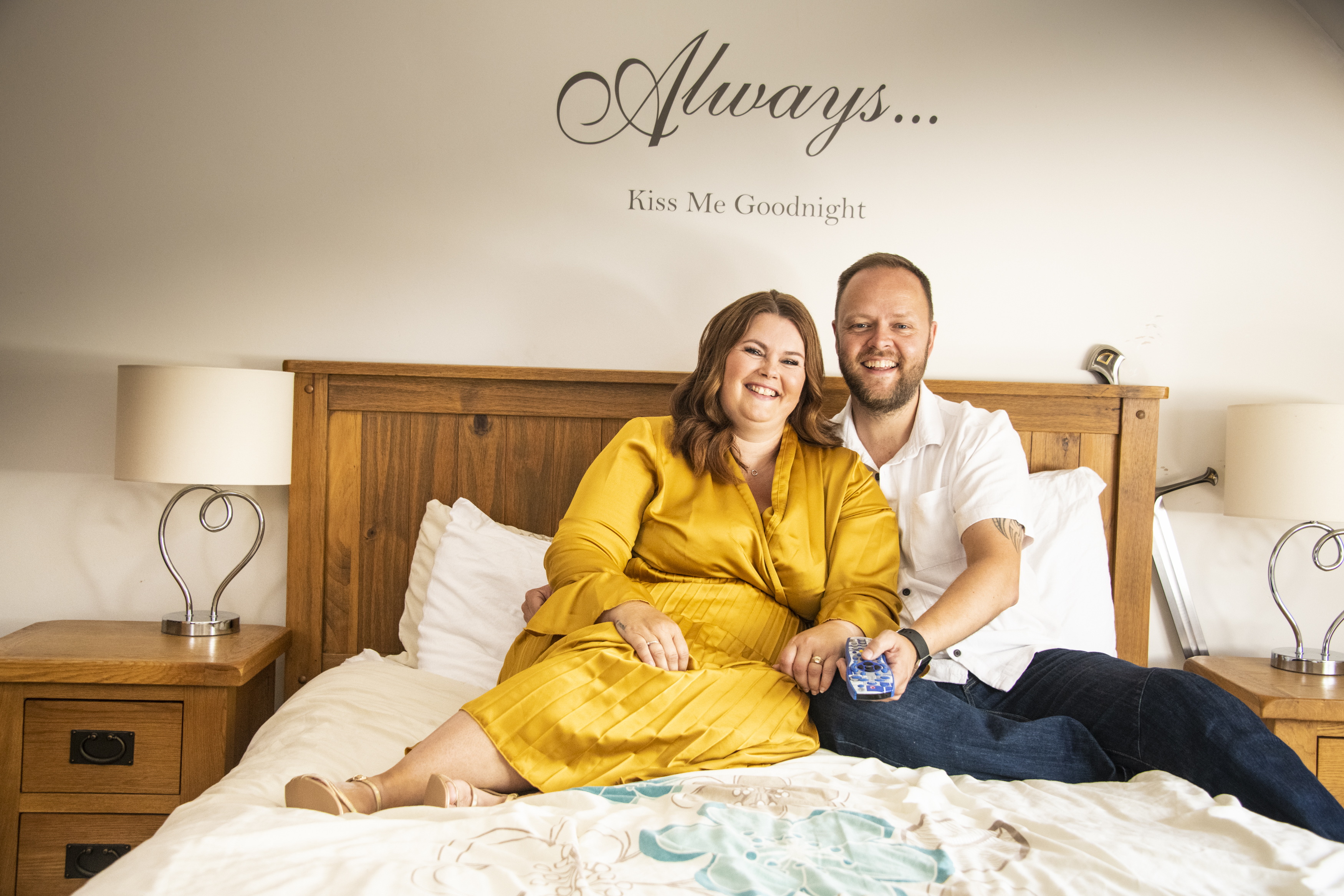 But then another, more positive thought overtook the first.

“She does look confident, though. And even though she isn’t a size-six Love Islander with cellulite-free legs and perky boobs, she sure knows what she’s doing. He is loving it.”

I wasn’t getting my kicks watching just some random, slightly overweight lady enjoying some action.

I was watching myself in the sack with my husband of 19 years, Jonathan, who is 41 like me.

We decided to film ourselves having sex after Kate Winslet said “don’t you dare” to the Mare Of Easttown boss who wanted to airbrush “a bulgy bit of belly”.

Speaking later, 45-year-old Kate described her middle-aged character as a “fully functioning, flawed woman with a body and a face that moves in a way that is synonymous with her age and her life and where she comes from.”

As a woman with a “mum tum” of my own, I could not agree more with the Oscar-winning actress.

After years of struggling with self-esteem, I have finally realised it is not “skinny” that is sexy.

That is a myth Hollywood has peddled. And it has made mums like myself — a size-18 school attendance officer from Bradford — feel huge, when actually we are quite normal.

As such, I worry my three daughters will grow up thinking women of all ages need to have perky breasts, a tiny waist and long, lithe legs.

Likewise, I am concerned my two sons will grow up to consider that the ideal image of womanhood, when it really isn’t. Well, bs to that. Being healthy and happy is all that matters.

Jonathan and I have filmed ourselves in bed before . . . but not in more than 20 years. Having five kids took its toll on our sex life and my self-confidence.

When we were 16 and 17, we would bolt upstairs — or to some secluded spot outdoors — every day of the week.

We would shoot ourselves in all sorts of compromising positions using my dad’s video camera.

At the time, I used to moan about my body to Jonathan, though I wore a size ten and weighed ten stone. 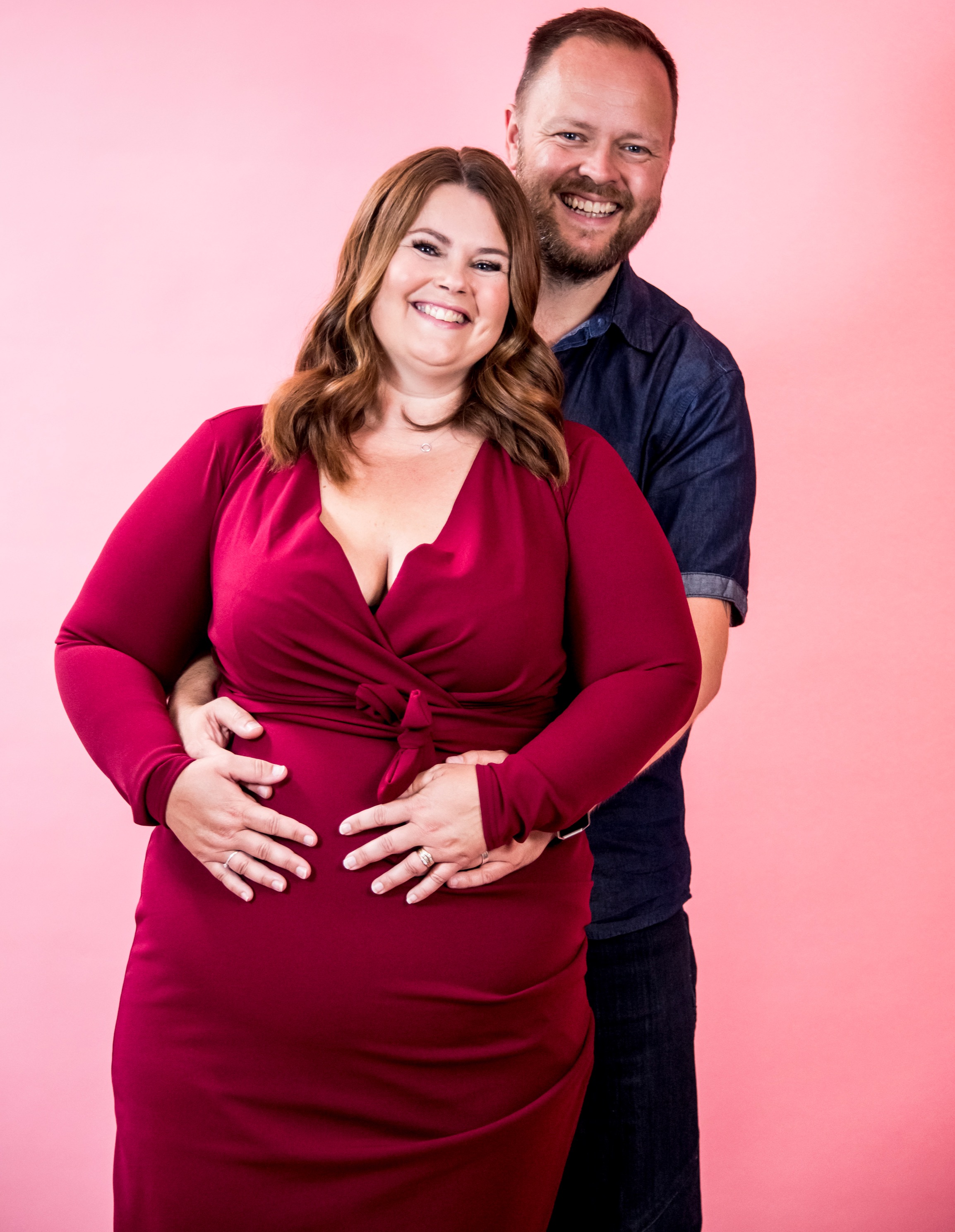 “God, I look so fat,” I’d say to him while watching our naughty videos. “I’m never eating again.”

Maybe not quite the kinky experience he was hoping for. But it was how I felt.

At 18, I became pregnant with our eldest son. And my weight crept up with each pregnancy, thanks also to my sweet tooth. Self-conscious about my belly, I did not have a full-length mirror in my bedroom.

Jonathan, who works as a customer service advisor, reassured me that he fancied me no matter what size I was.

But gradually sex became less of a priority — and was something to be done under the covers, with the lights off, at most three times a week.

But Kate’s words reawakened something inside me. Why shouldn’t women in their forties be bold and unapologetic about their bodies and their desires?

So a few weeks ago, I suggested to Jonathan that we film ourselves like in the old days.

He was immediately up for it and suggested we do it that very night.

When the kids were in bed, we propped up his phone on the bedside table and within minutes, we were in full flow.

It was not easy to forget about the camera. Sneaking sideways glances at it, I felt sure my bum, boobs and belly would all look huge.

But that did not deter either of us and after snogging, foreplay and finally sex, the deed was done and we turned off the video.

'I FOUND IT EMPOWERING'

Jonathan certainly seemed to have enjoyed it and suggested almost instantly we set up the video for round two. We have not yet done so . . . but we will, definitely.

“You look sexy and I love you more than ever,” he said afterwards, while I vowed — albeit temporarily — to never again eat a French Fancy.

The day after our session, when the kids were out, we settled down to watch our video.

I was nervous, fully expecting a horror show.

Instead, I found it empowering. Watching my belly wobble, I realised it didn’t matter.

I have carried five children, so of course I am not going to be stick-thin.
Jonathan and I both looked different to how we did as teenagers.

But the desire we still feel for each other was very visible in the video . . . and it was hot as hell.

There is nothing to be ashamed of if you aren’t a size six with perfect boobs and a washboard tummy.

These days we are doing it with the lights on again. Since that night, I have told all to friends — leaving them in hysterics.

But I would recommend it to anyone. Of course, there are risks to filming naughty movies. There is a video we made as teenagers that we lost and never managed to find.

But it is worth doing, even if you delete it at once after a single viewing.
Filming ourselves made me realise being slim isn’t a prerequisite to having hot sex.

The best sex is with someone who loves you, lumps, bumps and all. Age 16 and skinny or 41 and wobbly, we need to own our desire. There is nothing sexier than that. 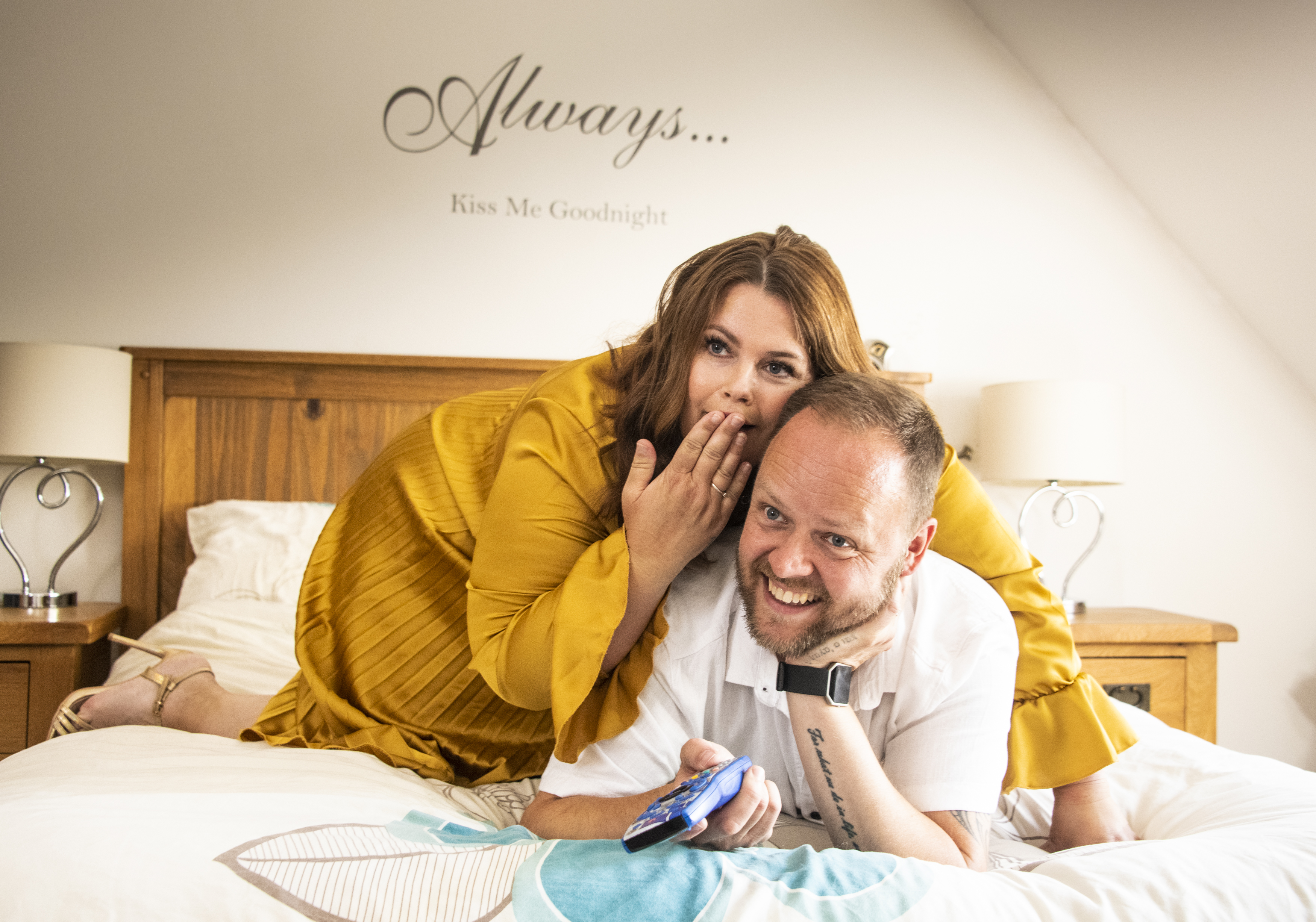 “When Lou came to me and said she wanted to film us having sex, I thought she was having me on.

But after I realised she was serious, I was totally up for it, as it’s been years since we’d done anything like that.

know that Lou was nervous about watching it back but I really enjoyed it. She can get a little hung up about herself but I thought she looked as sexy as when we first started seeing each other and it turned me on to watch us.

I keep asking her when we can do it again!"