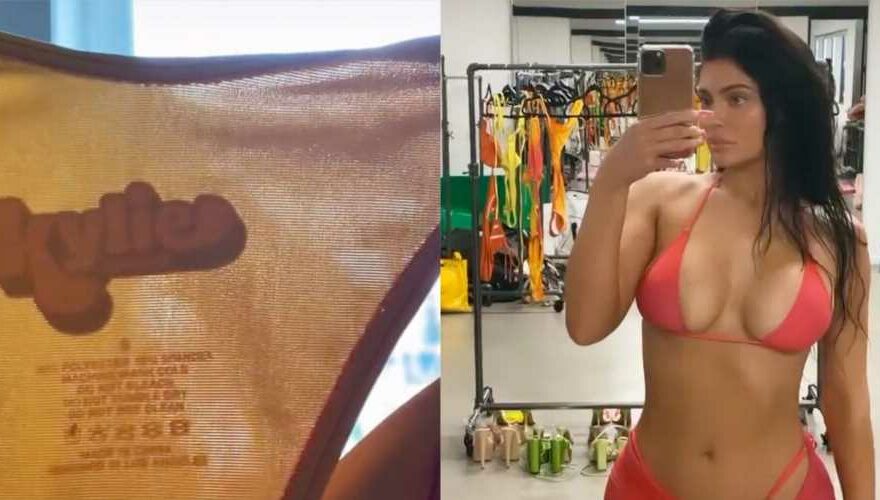 Kylie Jenner’s swim line, named Kylie Swim, naturally, officially dropped on Sept. 17. Now that customers have had the opportunity to buy and test out the suits IRL, the reviews are rolling in… and they are NOT great. Many are complaining that the fabric is thin and practically see-through, that the seams are stitched sloppily, and that there are loose threads. On TikTok, the hashtag #kylieswim generates tons of videos of people giving their honest opinions, and a majority of them aren’t pleased by the quality.

the way it keeps getting worse🥴 #kyliejenner #kylieswim

To recap, Kylie’s debut swim line offered one-pieces featuring cutouts, as well as bikinis and sarongs, ranging in prices from $45-$85. The one-pieces were on the higher end of that range, and reviewers were especially disappointed with the products after spending a good chunk of change on them. One business owner Jessica Anderson, who has her own swim line 93 Play Street, said in a TikTok video:

She continued to say that when people are spending their hard-earned money on products, that they should be a high quality. “The fact that they gave this the thumbs up is really concerning to me.”

Another TikTok reviewer shared that the fabric of the sarong is very heavy, so she couldn’t tie it securely without it falling down. People were also concerned about the lack of coverage, specifically in the crotch area. “It really doesn’t cover anything,” user Laura Lee said. “One sudden move and everything’s gonna be out. I would never wear this in public.” And it’s not just on TikTok. Twitter users also criticized the brand—and its creator.

Tik Tok comments are honestly the funniest, one user tried Kylie Swim and showed how bad the stitching was and someone said “stormi made a few of them, looks like you got one of those special few” 💀

It baffles me how people like Kylie can literally have a bajillion dollars for a business and the products still be lackluster. It has me thinking is she truly hands on or just starting things for fun? Idek. Also I thought releasing kylie swim in the fall is odd.

Kylie has yet to respond to these claims, as she’s also busy with her new Kylie Baby line that also launched this month. (Hopefully the reviews for those products are better than her swimwear.)