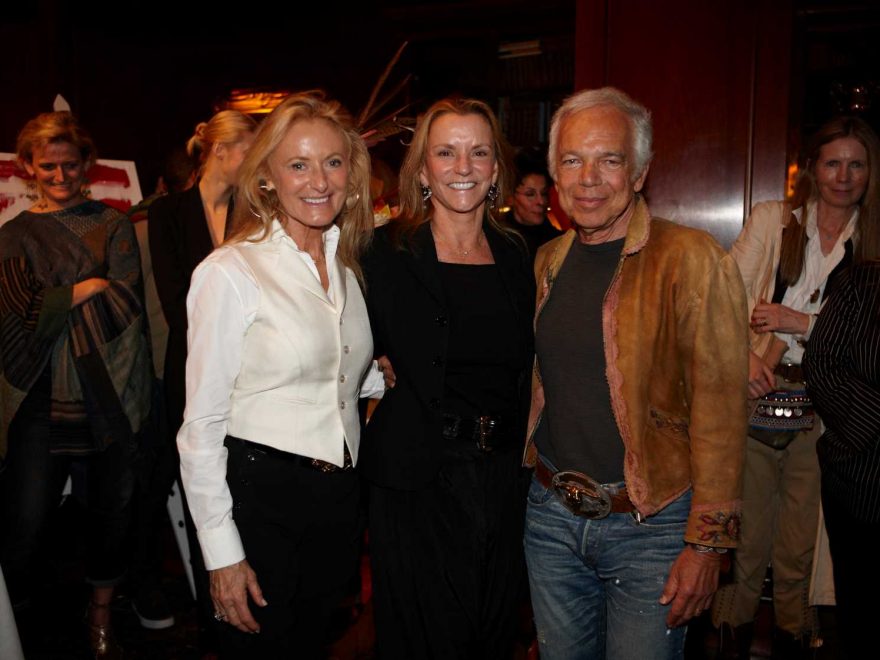 Buffy Birrittella, executive vice president, senior adviser to Ralph Lauren, and senior creative director of Ralph Lauren Womenswear, has decided to retire after 50 years with the company. She plans to leave at the end of the month, and a successor hasn’t been named.

Birrittella plans to enjoy her family and friends, focus on her well-being and spend time at her homes in Manhattan, the Hamptons and Sundance, Utah. She couldn’t be reached Monday for comment.

Birrittella has worked with the designer for five decades and over that time closely familiarized herself with his aesthetic, even before she was hired at the company. Earlier she was a fashion editor at Daily News Record, the men’s publication and sister title to WWD, and was introduced to the designer by the paper’s in-house illustrator, Michael Farina. She started at Polo in January 1971 as a part-time employee and asked Lauren to hire her, joining full-time several months later.

“I told him, ‘Hire me three days a week,’” Birrittella told WWD in 2007, recalling her hopes to continue writing freelance on the side. After going on an assignment to Israel, then on vacation, Lauren said to her, “‘When do you come to work? You either have to work full-time or I’m going to find someone like you.’ I said, ‘There’s no one like me,’ and he recognized a similar spirit as himself in me,” she said.

Birrittella quickly began accompanying Lauren on fabrics appointments and became involved in the design and merchandising of his men’s wear, traveling to factories in Europe. Becoming Lauren’s right hand, she later became responsible for all the women’s collections, from Lauren Ralph Lauren to Black Label, Blue Label, Rugby and Collection.

In a letter to employees on Monday, Ralph Lauren, executive chairman and chief creative officer, noted that Birrittella had reached her 50th-year milestone at the brand, which is a “personal testament to her great loyalty and unique creative contributions” to the company. “It also marks her personal decision, after a year that has inspired deep reflection, to retire and spend more time caring for her well-being and enjoying her family and the friends and passions she has cultivated in her special homes and environments on Long Island and in Utah,” he said.

“She understood my vision from the very beginning, as shown in one of the first front-page stories [in DNR] she wrote about me in 1969, headlined, ‘The Look Comes Straight Off Gatsby’s Lawn,’” said Lauren. He initially hired her as a writer and press attache, and she became “a jack-of-all trades,” said Lauren, “always there to guide and direct and bring to life so many of the things I aspired to create.”

Among Birrittella’s duties during her tenure were design and advertising of all Ralph Lauren women’s collections and products, reporting right to Lauren.

“There was never anything that I asked Buffy to do that she wouldn’t do, and if she’d never done it before, she found ways to accomplish it with great confidence, attention to detail and always a passionate commitment to quality and creativity,” said Lauren.

Among the highlights were creating Lauren’s first women’s collection in 1972; helping start the brand’s advertising division in 1978; launching its first Home Collection in 1983, and working with Lauren on all the details of restoring the Rhinelander mansion on 72nd Street and Madison into the company’s first flagship store.

She also worked with Lauren on establishing an “It” bag for him. “We had been working on that for several years and it was the hardest thing to come up with a bag he felt was the ‘It’ bag for him — not just the ‘It’ bag of the season, but an iconic Ralph Lauren bag,” Birrittella told WWD in 2007, discussing the crocodile Ricky bag.

In 1988, Lauren charged Birrittella with overseeing his women’s design, and since then she has worked on the Women’s Collection, Women’s Polo and Lauren lines.

“Buffy’s special love and imagination for bringing these collections to life on the runway and in our cinematic advertising, through artistic collaborations with legendary photographers and filmmakers, will be a lasting part of her creative legacy,” said Lauren.

In a WWD story in 2002 discussing the Ralph Lauren advertising strategy, Birrittella explained, “One of the things we’re trying to do is create an aspirational world. I don’t mean rich, expensive and unattainable. We showed guys fishing or a girl on a tractor. It’s heartland. It’s simple ways of living can be beautiful. Whether on a farm or out West in Santa Fe, there can be romance about it.”