A LITTLE boy has melted hearts after writing a sweet letter to ‘brave’ footballer Bukayo Saka after he received racist taunts after the Euro 2020 final.

Charlie Taylor, nine, told Saka in the note the Arsenal star is his “favourite player” and he hopes he can be as “brave” as the England footballer one day. 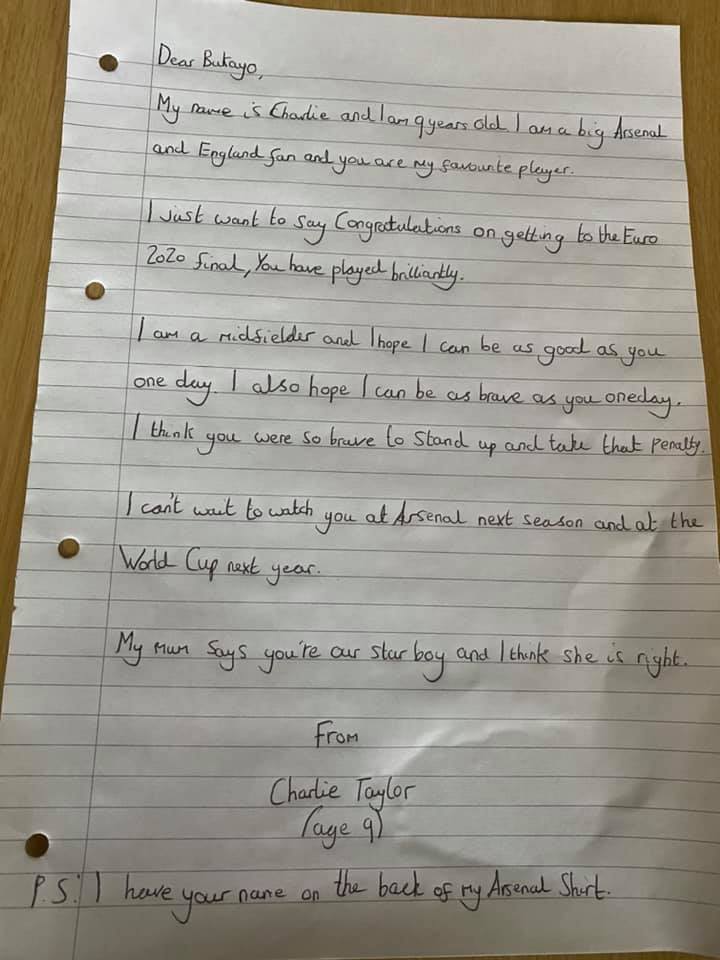 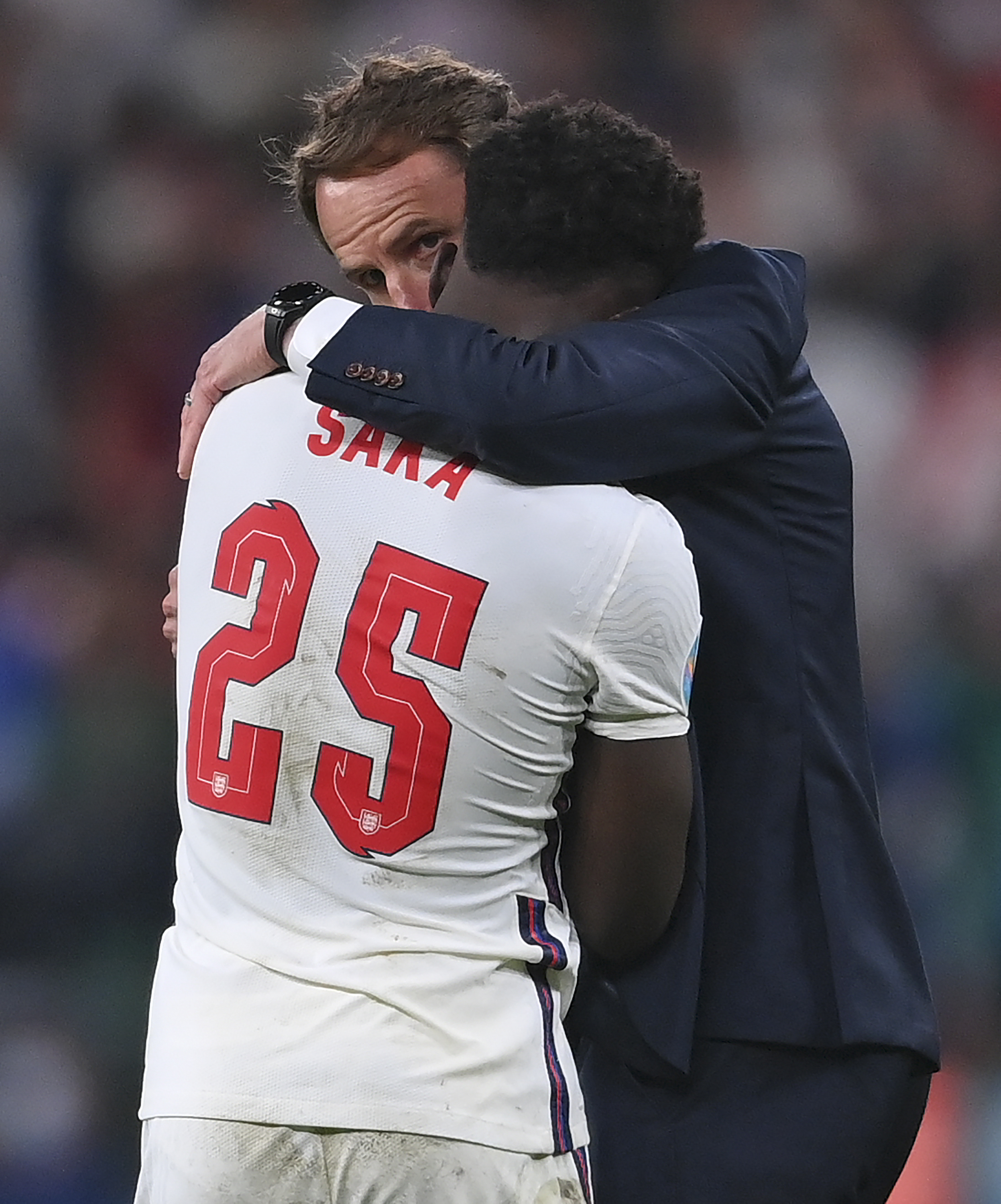 This comes as Saka, 19, was targeted with vile messages on social media along with Marcus Rashford and Jadon Sancho following England's heartbreak.

Charlie’s heartwarming note read: “Dear Bukayo, my name is Charlie and I am 9 years old.

“I am a big Arsenal fan and England fan and you are my favourite player.

“I just want to say congratulations on getting to the Euro 2020 final, you have played brilliantly.

“I think you were so brave to stand up and take that penalty.”

He added: “My mum says you’re our star boy and I think she is right.”

Charlie added that he “can’t wait” to watch Saka play in the World Cup next year, and during his next season with Arsenal, and said his own shirt has Saka on the back as a tribute.

His post has racked up nearly 10,000 likes, with one person writing: “This is so lovely, actually made me shed a tear.”

Another added: “This is so so sweet.”

Saka was immediately consoled on the pitch by Leeds midfielder Kalvin Phillips, who ran over to make sure his pal was alright.

And a number of Arsenal stars past and present showed their love for the brave teenage winger who stepped up to take a penalty despite never having taken one in his professional career.

Prince William, Boris Johnson and Harry Kane were among those who blasted the sick racists – and now a million England fans have signed a petition calling for racists never to return to a game.

Meanwhile, Rashford said he was near tears after support from fans.

It comes after thousands of people in his childhood hometown of Withington visited his defaced mural – and covered it with notes and tributes to a "role model" instead.

Rashford said: "I can take critique of my performance all day long, my penalty wasn't good enough, it should have gone in.

"But I will never apologise for who I am and where I came from.

"I've felt no prouder moment than wearing these three lions on my chest and seeing my family cheer me in a crowd of tens of thousands.

"The messages I've received today have been positively overwhelming and seeing the response in Withington had me on the verge of tears." 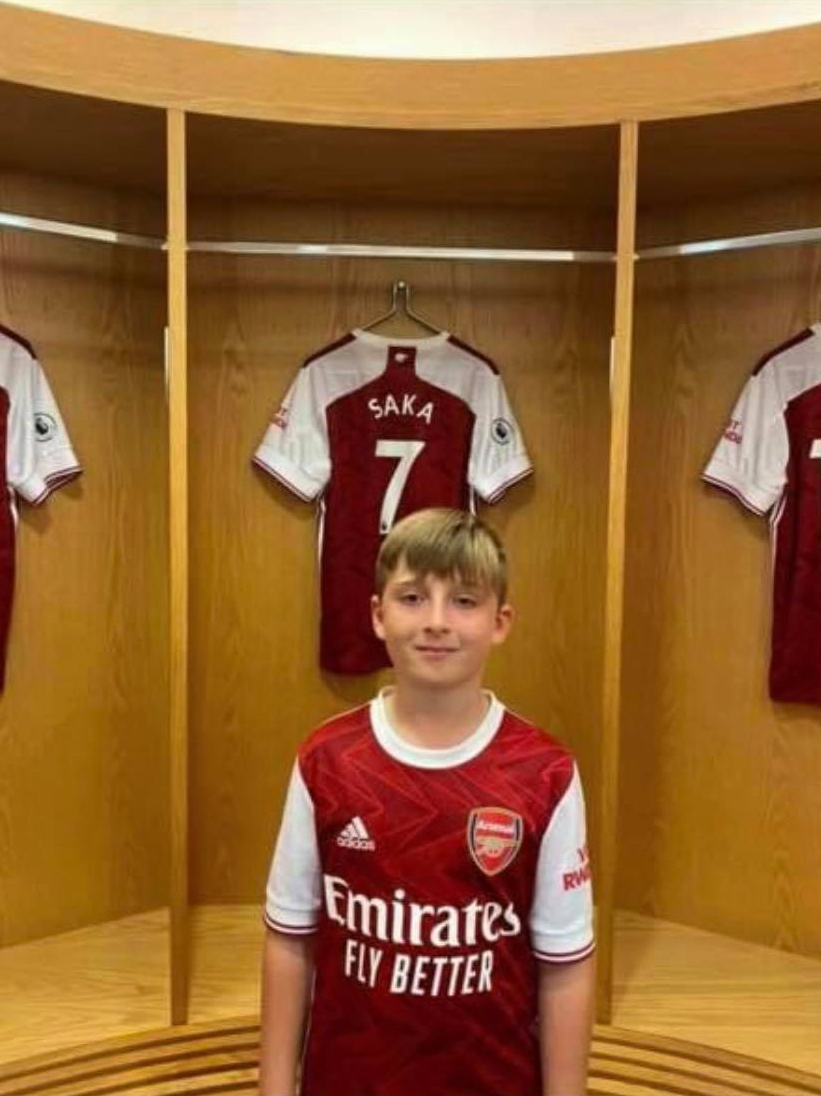 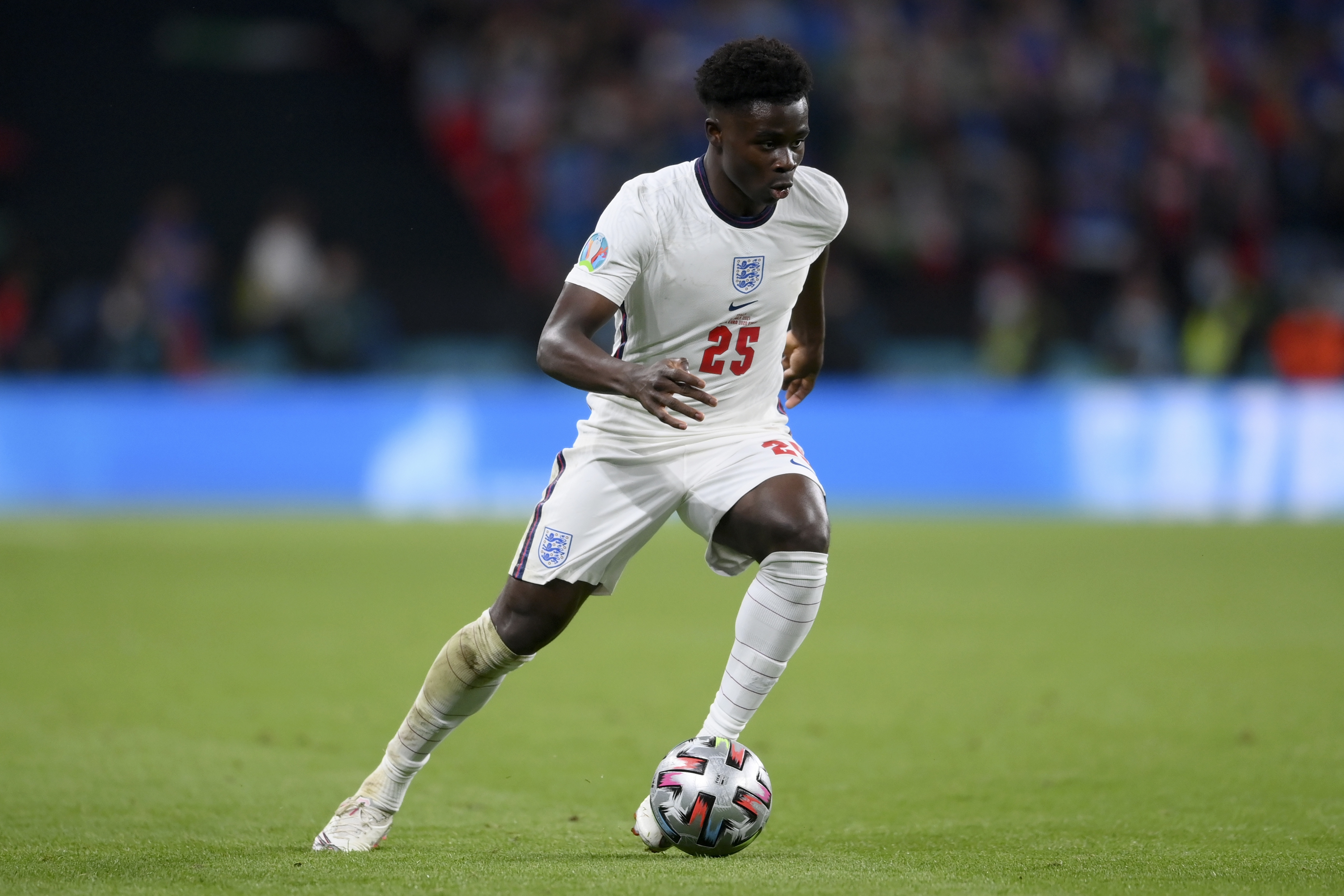 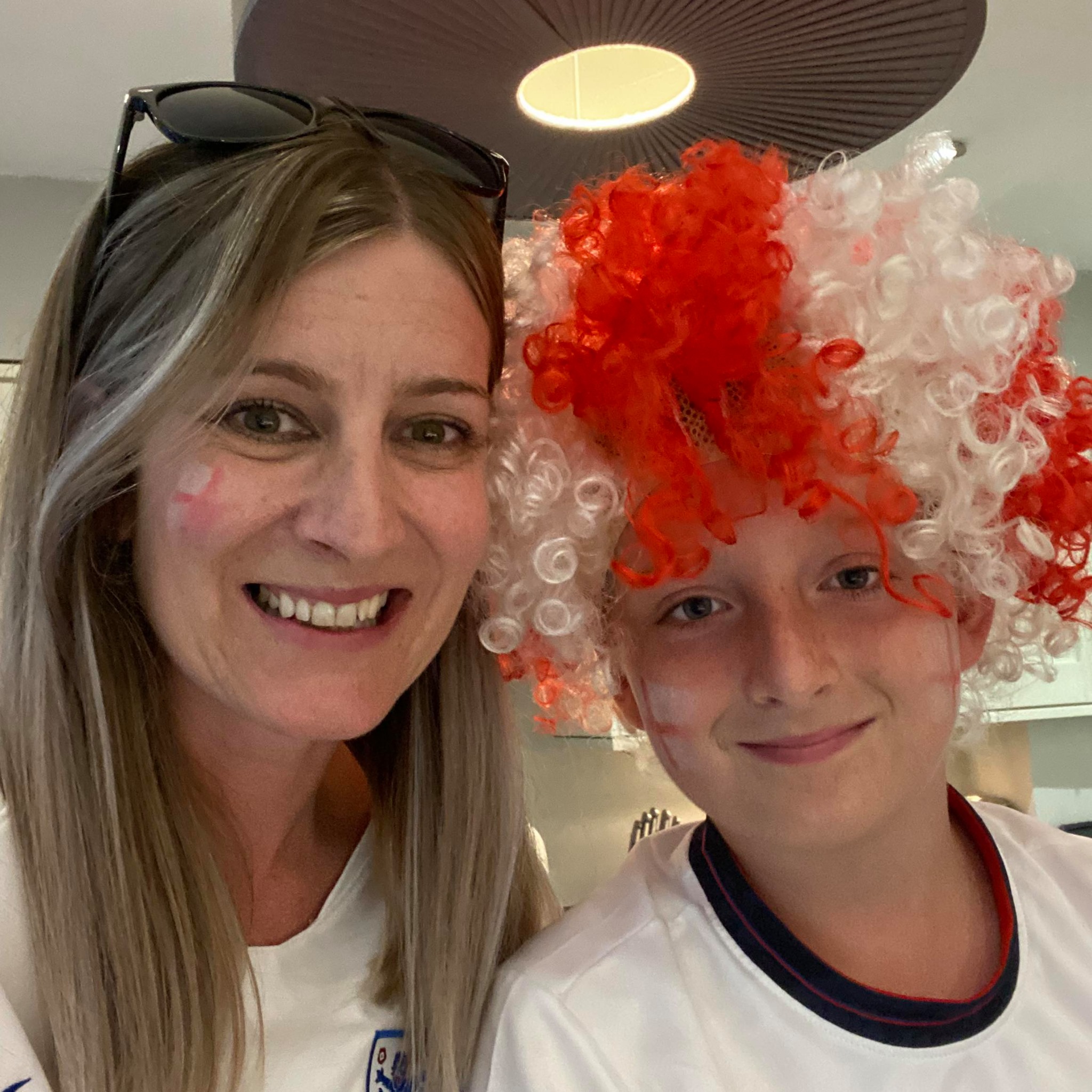 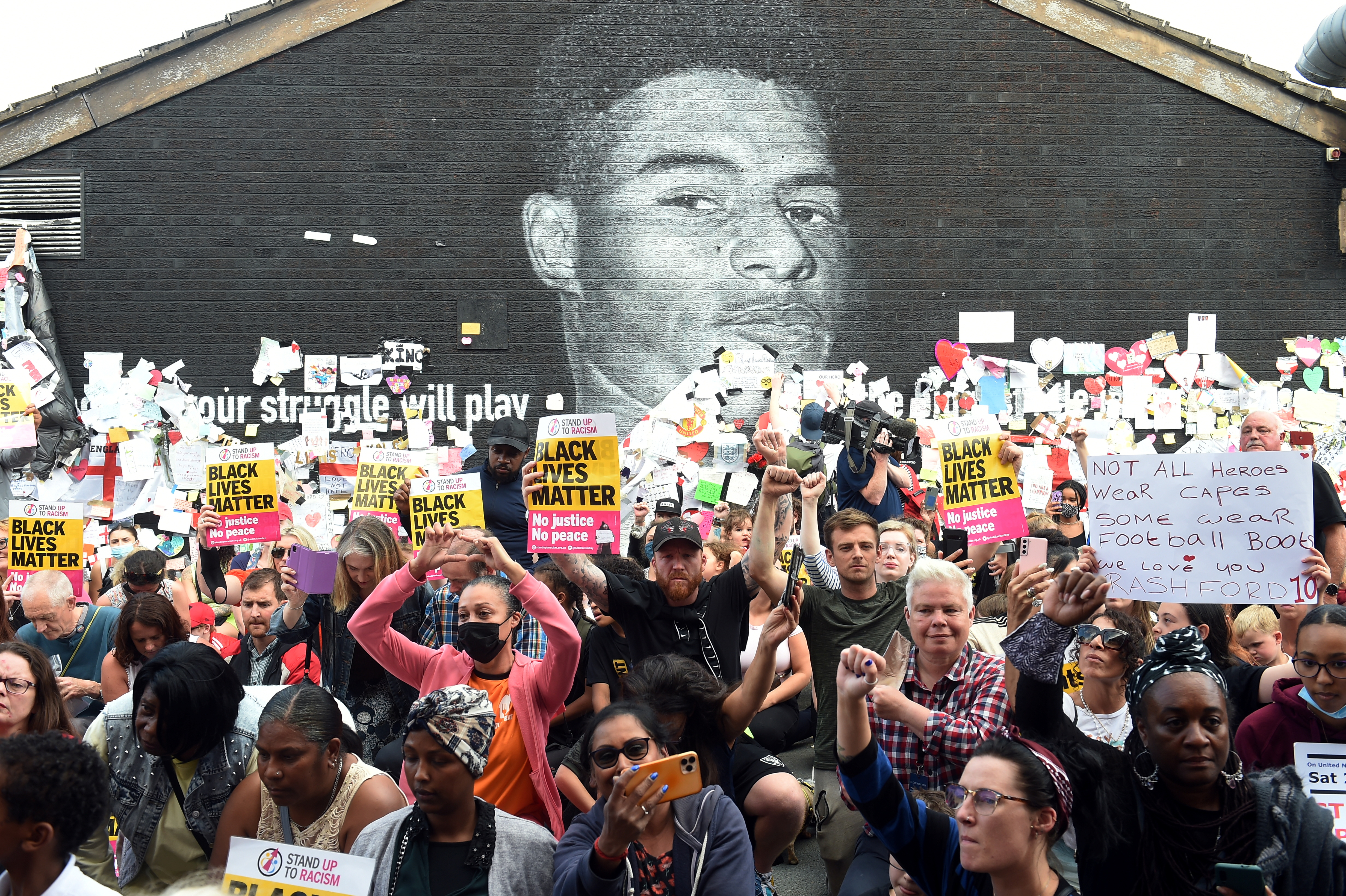 We previously shared how a cheeky seven-year-old asks Prince William if he can have Kate Middleton’s ticket for the Euro final.