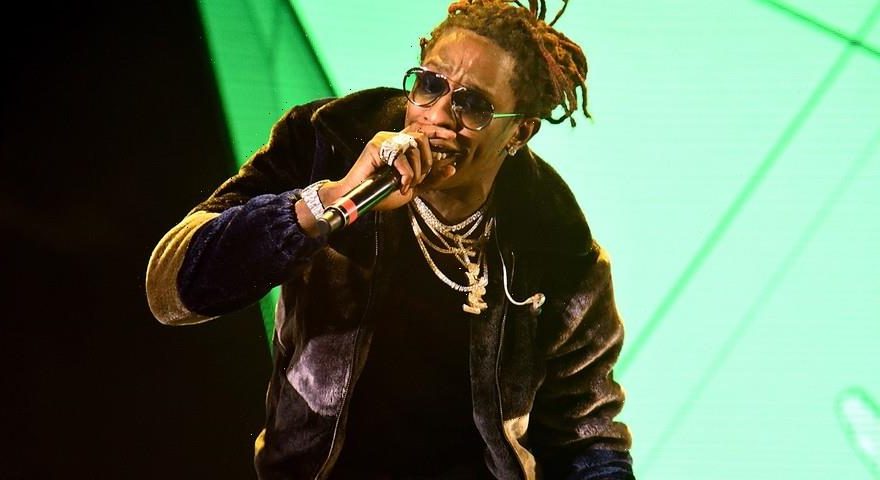 Ahead of the release of his sophomore solo album Punk, Young Thug performed an NPR Tiny Desk (Home) Concert at the gardens of the Houdini Estate in Los Angeles.

Alongside a full rock band, the rapper offered a preview of four tracks off of his forthcoming album: “Die Slow,” “Droppin Jewels,” “Hate the Game,” and “Tick Tock.” Towards the end of the set, he amped it up with a high-energy rendition of his track “Ski” featuring Gunna from their collaborative album Slime Language 2, which saw pop-punk giant Travis Barker join in on the drums.

Barker has been leading the charge on integrating punk music into the sounds of rappers and hip-hop artists. His appearance on Tiny Desk may suggest that he made it onto Thug’s second album.

The rapper differentiated between his 2019 debut LP, So Much Fun, and Punk in an interview with Rolling Stone, describing how the new music sees him finally “opening up” to fans and “letting them know all the situations I’ve been through.”

During the performance, Thug flaunted the Punk release date on the back of his shirt, slated for October 15.