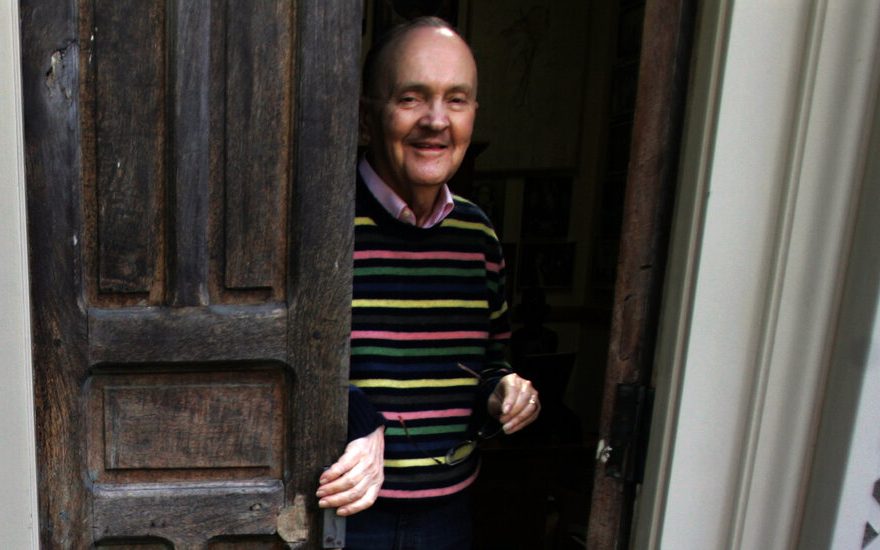 William Link, a prolific screenwriter who created classics of American television like “Columbo” and “Murder, She Wrote,” doing so in a writing partnership with a friend from junior high school that lasted nearly 40 years, died on Dec. 27 in Los Angeles. He was 87.

His wife, Margery Nelson, confirmed the death, at a hospital.

“Murder, She Wrote” starred Angela Lansbury as a mystery writer who solves crimes in the fictional Maine town of Cabot Cove. Network executives were initially skeptical of the idea of a female protagonist who wears reading glasses.

But after they were sold on it, the series became one of the longest-running in television history and remains in syndication today. (Peter S. Fischer was also credited as a creator.) 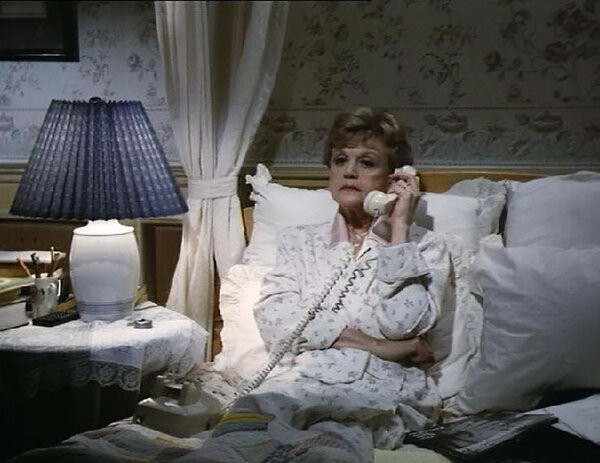 Another Link-Levinson production, “Tenafly,” starring James McEachin, was one of the first detective series to feature a Black lead actor.

Their television movies also broke ground: “That Certain Summer” (1972), a drama that generated wide publicity, starred Martin Sheen as a divorced father who struggles to reveal his homosexuality to his 14-year-old son. “My Sweet Charlie” (1970), adapted from a novel and play by David Westheimer, depicted the friendship that forms between a Black New York lawyer (Al Freeman Jr.), who is falsely accused of murder, and a white pregnant teenager (Patty Duke), whom he encounters while on the run in Texas. The movie brought Mr. Link and Mr. Levinson an Emmy Award for outstanding writing in a drama.

“Each time out, we tried to do something that hadn’t been seen before,” Mr. Link told The New York Times in 1987. “Something that would touch an emotional or social chord.”

He met Mr. Levinson in junior high school in Philadelphia in 1946. After discovering that they both liked detective stories, they hit it off. “I was told to find a tall guy who liked to do magic and read mysteries,” Mr. Link told The Philadelphia Inquirer in 1987, “and he was told, ‘There’s a short guy who reads mysteries and does magic.’”

They began writing radio scripts and stories together as they discussed their mutual admiration of the director Billy Wilder. After graduation, they both attended the Wharton business school at the University of Pennsylvania.

They sold their first short story, to Ellery Queen’s Mystery Magazine, in 1954. When Mr. Link was drafted into the Army and sent to Germany in the late 1950s, they continued collaborating on stories by airmail. In the 1960s, they decided to try their luck in Hollywood.

As they started writing episodes for shows like “Alfred Hitchcock Presents” and “The Fugitive” and creating their own, like “Mannix," they became a prolific unit: rising early, brewing coffee and pounding out scripts to send to studios. (Mr. Link paced while Mr. Levinson typed.)

They first brought the scruffy Lieutenant Columbo to life in a 1960 episode of the anthology series “The Chevy Mystery Show.” He appeared again in a play by Mr. Link and Mr. Levinson and later in a television movie they wrote, “Prescription: Murder.” The “Columbo” series, starring Peter Falk, began airing on NBC in 1971 and ran until 1978. The pair won an Emmy for their work, and the show was later revived on ABC.

The first episode of the “Columbo” series, titled “Murder by the Book,” was directed by a 25-year-old Steven Spielberg. (In it, one member of a mystery writing team kills the other.)

“Bill was one of my favorite and most patient teachers, and, more than anything, I learned so much from him about the true anatomy of a plot,” Mr. Spielberg said in a statement. “I caught a huge break when Bill and Dick trusted a young, inexperienced director to do the first episode of ‘Columbo.’”

William Theodore Link Jr. was born on Dec. 15, 1933, in Philadelphia and was raised in Elkins Park, a suburb. His mother, Elise (Rorecke) Link, was a homemaker. William Sr. was a textile broker who grew up in Hell’s Kitchen.

Bill enjoyed drawing comic strips and began writing short mystery stories while still a boy. He and his Cub Scout friends recited his tales into a wire recorder and acted them out as if they were plays.

Mr. Link graduated from Cheltenham High School in the early 1950s and earned a bachelor’s degree from Wharton in 1956. He married Ms. Nelson, an actor, in 1980.

Mr. Levinson, who was a three-pack-a-day smoker, died of a heart attack in 1987. Afterward, Mr. Link experienced writer’s block and began seeing a psychiatrist to process the loss of his friend. The death led to his writing the television movie “The Boys” (1991), which starred John Lithgow and James Woods as two writers who develop a long partnership.

“I had never written by myself; I had a fear I couldn’t write solo,” Mr. Link told The Philadelphia Inquirer that year. “I wrote the whole script in eight days. It usually took Dick and me a month. It poured out, like automatic writing. I felt like Dick was still in the room with me.”

Mr. Link wrote well into his 80s, waking up early each morning to put words onto the page, and he contributed stories to Ellery Queen’s Mystery Magazine. In 2010, he published a book of original short stories about Lieutenant Columbo, bringing his best-known television character back to life years after the rumpled detective had been retired from the screen.

In an interview with Mystery Scene Magazine at the time, Mr. Link reflected on the lasting adoration that people have for his cigar-chomping creation.

“He’s a regular Joe,” he said. “He’s the kind of guy you sit down, have a drink, a cup of coffee with. He’s the regular working-class guy — who’s got a brilliant mind but doesn’t really tout it, you know? He’s humble, even to the murderer! And people identify with that. They like that.”