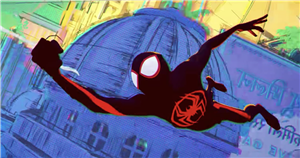 An epic adventure awaits! The official trailer for Spider-Man: Across the Spider-Verse (Part One) is finally here. On Dec. 4, Sony Pictures Entertainment released the first trailer for the animated film, which is the sequel to 2018’s Oscar-winning Spider-Man: Into the Spider-Verse. Directed by Joaquim Dos Santos, Kemp Powers, and Justin K. Thompson, the story follows Miles Morales, aka Spider-Man (Shameik Moore) as he joins forces with Gwen Stacy, aka Spider-Woman (Hailee Steinfeld) to face off with a villain “more powerful than anything they have ever encountered,” according to Sony’s description. The cast also includes Issa Rae as Jessica Drew, aka Spider-Woman.

During a recent interview with Entertainment Weekly, producers Phil Lord and Christopher Miller explained why the sequel was split into two parts. “Miles’ story is an epic. We wrote what we thought the story needed to be, and to our surprise we realized it was two movies instead of one,” they said. “We’re working on them both as we speak. Part Two will be out sometime in 2023. We will sleep again in 2024.” Spider-Man: Across the Spider-Verse (Part One) is set to open in theaters on October 7, 2022. Check out the official trailer above!