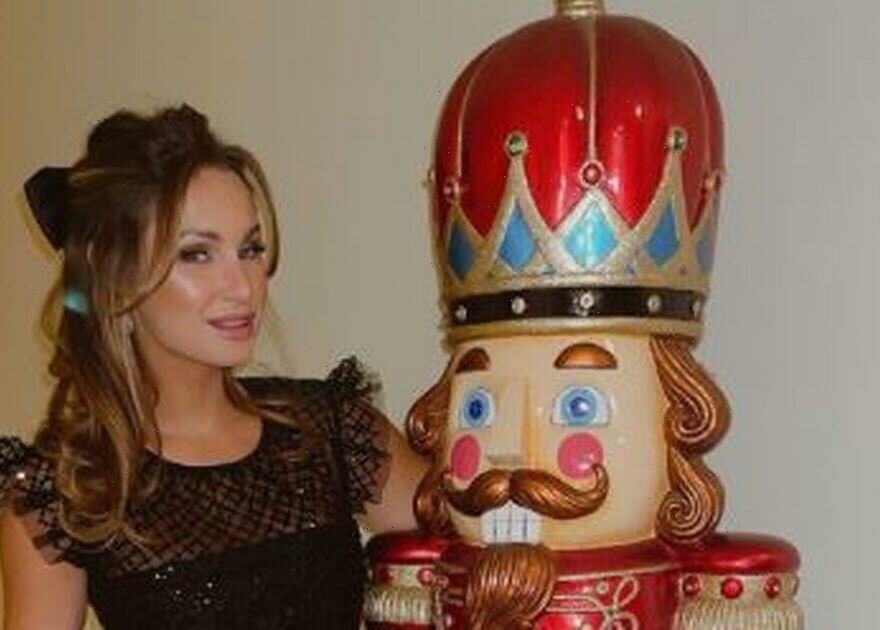 The former The Only Way Is Essex star, who recently said she'd "love" a home birth but admitted she's "calm" during labour, took to her Instagram platform on Sunday to document her festivities from the night before, which involved a lot of dancing.

The 30 year old looked undeniably sensational for the occasion in a glittering black midi-dress with striking mesh-underlay, completed with frilled capped sleeves.

With her luscious glossy locks half pulled back and a glamorous coat of make-up, the reality star completed the eye-catching look with a pair of silver heels.

Sam's sweet children also got into the festive action, which was evident as little four year old Rosie was seen hilariously pulling a face for cameras.

The reality star was also joined by her bevvy of pals as they posed for snaps and enjoyed free-flowing shots during the evening.

Everyone then hit the dancefloor and showed off their best moves, which was documented on Sam's Instagram Stories.

Sam wrote in the caption for her snaps: "School Christmas Party. My gorgeous friends.

"Rosie in the picture. Why do kids do this? She's so funny. She asked me if she could wear my dress and bow when she's taller bless her x," she added.

Sam was praised for her look during the evening, with one person commenting: "Beautiful photos l love your dress."

Another wrote: "You look beautiful as always. Beautiful dress. Rosie is so cute", while a third added: "Sam you look gorgeous."

It has been a delightful few weeks for Sam as she announced she's expecting her third child with beau Paul Knightley.

Speaking earlier this week, Sam revealed she had asked her partner Paul not to propose while pregnant with their third child.

Sam said to her sister Billie on her new podcast The Sam and Billie show that she doesn't want to be pregnant when she walks down the aisle.

She said: "I said to him [Paul], 'Right, we are three babies in now, and I'm still Faiers on that birth certificate and I should be Knightley!'

"I've been stopped at the airport before, when travelling without Paul and with the kids, and I don't have their birth certificates.

"[I don't want to be a pregnant bride] but Paul did say 'yeah that's the next thing!'. So maybe after this baby.

"But I said to him', please don't propose to me [straight after the birth]!'"