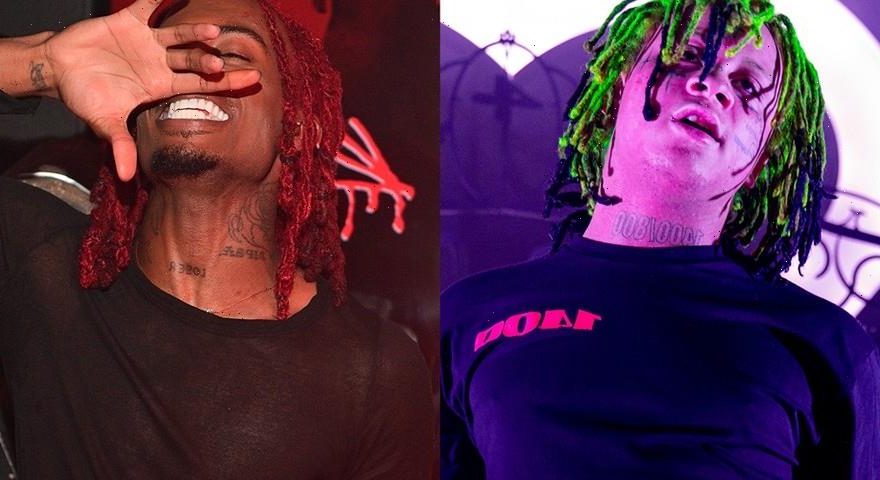 After dropping his first-ever rock album, NEON SHARK vs. Pegasus, Trippie Redd hits up Playboi Carti for an accompanying music video to their latest single “Miss the Rage.”

Debuting at No. 11 on the Billboard Hot 100 chart, the single shot up the ranks and is now at the top of both artists’ single debut releases.

Resonating with the track title, the visual follows the duo as they take out their rage in a rundown empty lot. It kicks off with gasoline being poured over a car and set on fire as the camera moves in on Redd spitting his first verses. More fire continues to be thrown out with the duo carrying on with the madness as they smash the windows and headlights of the car and move on to rampage with other foreign objects and a motorcycle.

Check out the “Miss the Rage” music video above.