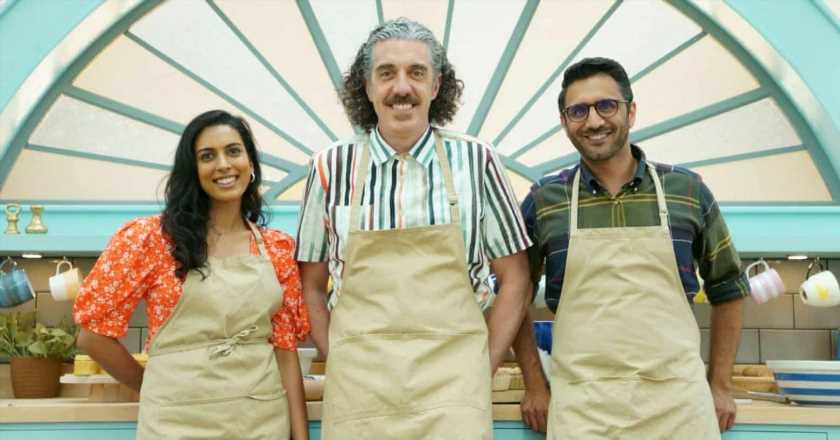 In a truly close-call of a finale, the winner of 2021’s Great British Bake Off has been crowned. Here are some of the best Twitter reactions that captured the joy and nail-biting stress of that exciting final episode.

Warning: this article contains spoilers for The Great British Bake Off finale.

And just like that, Great British Bake Off is over for another year, and honestly, we’ll need to take a much-needed break after that tense finale last night.

As Chigs, Crystelle and Guiseppe battled it out for the top spot, those classic GBBO finale disasters started to occur: Giuseppe’s cold oven was enough to send the internet into a tailspin and almost cost him the competition. Crystelle’s raw focaccia was a rookie error and Chigs’ Belgian buns weren’t up to his usual impressive standards.

We didn’t envy Paul Hollywood and Prue Leith having to make that all-important final decision, but it’s safe to say that fans of the show were over-the-moon at the announced winner.

The moment in question had us, as always, on the edge of our seats:

Although each baker was incredible, it seems as though many had a specific winner in mind all along:

And even after last week’s shock Jürgen exit in the semi-final, fans were still willing him on in spirit:

But it seems as though Chigs’ mention of Jürgen proved all too emotional for many fans:

As the drama of the episode ensued, many of us were perplexed at the technical challenge. It’s a wonder any of the bakers managed to figure them out…

Giuseppe’s cold oven really was the finale disaster we were all hoping wouldn’t happen:

Although many of us were watching from the comfort of our home, the stress Giuseppe put us through in that finale felt like we were there in the tent with him:

And his usual calm exterior was replaced by frantic running, something comedian Sarah Millican (and all of us) can undoubtedly relate to:

See aforementioned running around a tent in search of equipment and ingredients here:

It seemed as though many things were going wrong for the trio of bakers and, lest we forget, the focaccia:

And while we do usually love Noel’s on-the-nose commentary, it was hilarious to watch him grate on the bakers’ nerves as they hurriedly put their bakes together:

All in all, though, it was a typically tense and joyous affair that left our hearts warm (and us continuing to crave freshly baked goods):

The update even got us all a little choked up too: